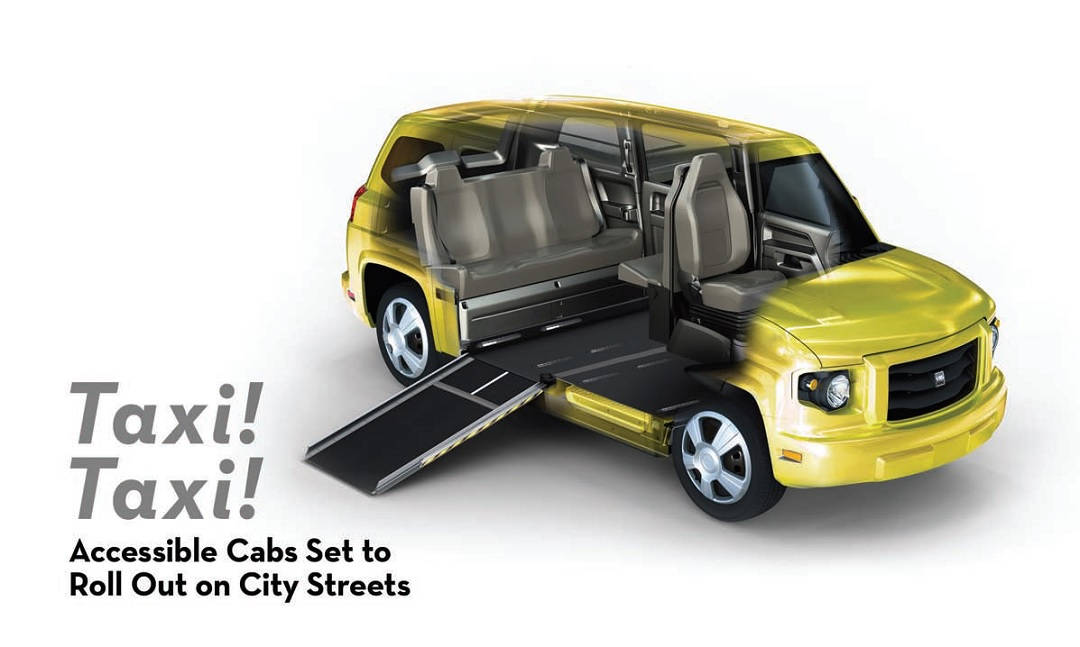 Transportation in New York City is due to be overhauled with the introduction of MV-1 accessible cabs in the coming months.Made by the South Florida-based Vehicle Production Group (VPG) and assembled in Indiana, the taxis will be rolled out in such metro areas as Philadelphia, Chicago, Washington, DC, Atlanta and Toronto after making their debut in New York.

The MV-1 is the first vehicle designed from the ground up to be accessible to people with disabilities. VPG produces different versions of the vehicle to address four transportation sectors: taxis, consumer vehicles, limousines and paratransit, which includes minibuses.

“We just thought there was a niche in the market,” said Fred Drasner, VPG chairman, who said the company stepped up because there was no “vehicle that was Americans with Disabilities Act (ADA) compliant and wheelchair accessible available anywhere in the world.”

There was also a need because converted vehicles are very expensive. They run upwards of $50,000, according to Drasner. “We thought we could put a vehicle through traditional high-volume automobile manufacturing and get it on the streets.”

The test version of the MV-1 already is on New York City streets, and VPG expects demand to skyrocket due to a district court ruling last December mandating more wheelchair-accessible cabs in the city.

Last year, the city signed an agreement with Nissan to provide NV200 electric minivan cabs, which have a zero-emission drive train. The vehicle has been dubbed the “taxi of tomorrow.” However, not long after the announcement, the United Spinal Association sued the city because there were to be no accessible vehicles in the NV200 fleet.

Late last year, a federal judge ruled that the New York City Taxi and Limousine Commission had indeed violated the ADA, owing to its failure to provide equal opportunities for people with disabilities when they wished to catch a cab. The city offers a call-ahead dispatch system that, according to James Weisman, senior vice president and general counsel of the United Spinal Association, not only does not provide equal opportunity but also costs New York taxpayers $500 million per year.

Judge George Daniels of the United States District Court in Manhattan stated in his ruling that “meaningful access for the disabled to public transportation services is not a utopian goal or political promise; it is a basic civil right.” In other words, the city’s dispatch system is a good alternative, but if someone wants to hail a cab on the street, he or she has the right to do so–and to have the cab be able to accommodate him or her.

As part of the ruling, Daniels issued an order that New York City can only issue medallions to accessible taxicabs. (Medallion taxis are identified by a special plate on their hood, along with the traditional yellow paint scheme. They are the only vehicles permitted to pick up passengers hailing on the street.) The city plans to sell an additional 2,000 medallions on top of the 13,237 that exist. Even before Daniels’s ruling, however, an agreement had been reached, limiting the sale of medallions to accessible taxis.

“I don’t believe New Yorkers want a taxi system that is not accessible, period,” New York Governor Andrew Cuomo said when the deal was struck.

“We anticipate that somewhere between 2,000 and 3,000 medallions will be issued this year,” said Drasner, “and I think we’ll get the lion’s share of that because we’re the only one who can produce in volume.”

“The taxi of tomorrow has no effect on our business plan because the taxi of tomorrow is not accessible…. We have an American-made, union-made product that’s available for taxi service. So we comply with the ADA, and [our product] was built to be a taxi.”

The state of New York offers a $10,000 tax credit, while the city offers a $15,000 grant, to taxi companies that purchase a new accessible MV-1 vehicle, dropping the vehicle’s cost from approximately $37,000 to around $12,000. The grant money will come from the auction of the 2,000 Yellow Cab medallions, which have recently brought more than several hundred thousand a piece.

VPG is providing its own incentive, too. The corporation instituted a Cash-for-Conversion Clunkers program, which started in March and ends May 31, allowing taxi companies to trade in their old converted accessible vehicles and receive $3,500 credit toward the purchase of each new MV-1. In addition, they can receive additional discounts toward their purchase of five or more MV-1 vehicles.

MV-1s, which are approved for taxi service in Philadelphia, Chicago and Washington, DC, should be accelerating in those cities soon.

The MV-1 recently was approved for use in Toronto, and a cab company in Atlanta put the city’s first MV-1 on the streets in January.

The MV-1 fills a void in major urban areas, but it also addresses what Drasner said has been an ongoing issue for transportation of people with disabilities: design.

Passengers can enter via a ramp that opens from the passenger- side sliding door, much like those installed in traditional minivans. The ramp, however, is where tradition stops and the MV-1’s technology and design begin. The ADA requires a capacity of 600 pounds, but the MV-1 ramp holds 1,200 pounds. Traditional minivan ramps may fold upright inside the door and result in a safety hazard, but the MV-1 ramp stows in a cartridge between the floor and chassis.

Other minivans that have been adapted for people who use wheelchairs reserve the middle row for other passengers, but the MV-1 is designed for the wheelchair user to sit in the right front seat, and the entire vehicle has a gross body weight of 6,800 pounds compared to a traditional minivan’s 4,200 pounds.

“The MV-1 braking system and suspension is designed to carry a motorized wheelchair and an occupant,” Drasner said of the vehicle’s durability component. “There’s no vehicle made that’s designed from the factory to carry a 700- or 800-pound passenger in the right-front seat.”

In fact, it’s the design features that transform the MV-1 from a taxicab into a vehicle that’s also suitable for consumer purchase. According to Drasner, the fact that it was designed from the ground up with the target consumer in mind is what makes it unique for those very consumers.

“The car was designed for someone who uses a wheelchair. Nobody else can make that claim,” he said. “Every other vehicle was designed for another purpose, and it’s cut up, taken apart, pasted back together with settling torches and put on the road at a very high price. The main problem with those vehicles is they were not designed to carry the weight. The durability is compromised because you’ve cut a unibody construction, and once you cut it you lose all rigidity. It’s like trying to use a hammer to turn a screw. The screwdriver was designed to do that, not a hammer.”

The MV-1 can be purchased by private consumers at dealers located in 32 states, and VPG will deliver the vehicle to the consumer’s home. When it needs servicing, VPG will have it picked up, serviced and returned to the customer’s home.

The higher demands placed on MV-1s make it a strong option for consumers, Drasner said. “It was designed for the taxi-duty cycle, so it should be extremely durable. It’s the only body-on-frame vehicle built in the United States. Body-on-frame is the strongest way to build a car. That’s why the Crown Victoria and Lincoln Town Car sort of dominated the taxi and limousine market-because of their durability. Our methodology is the same as the way those vehicles were constructed.” 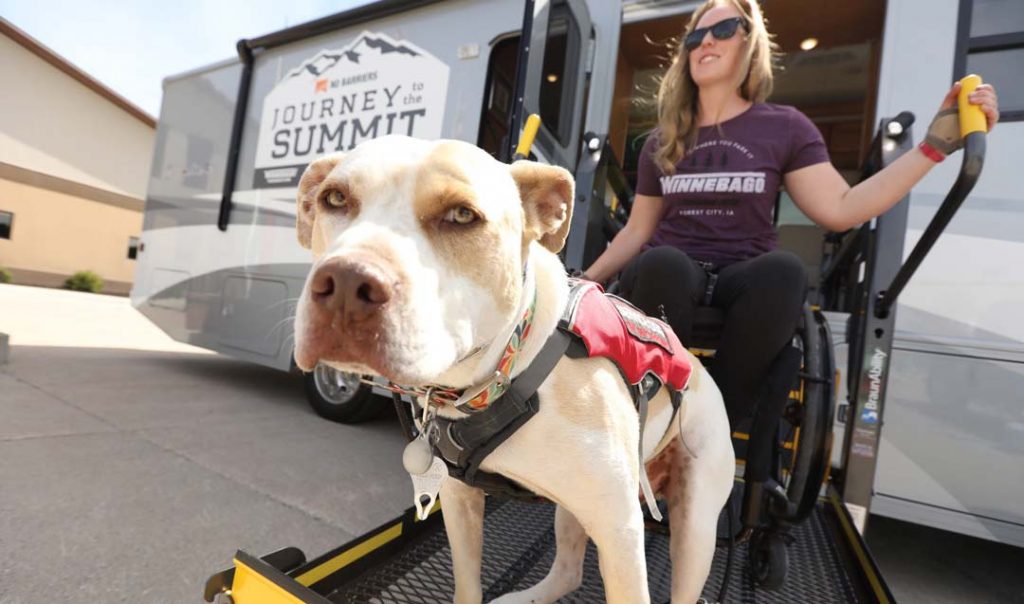 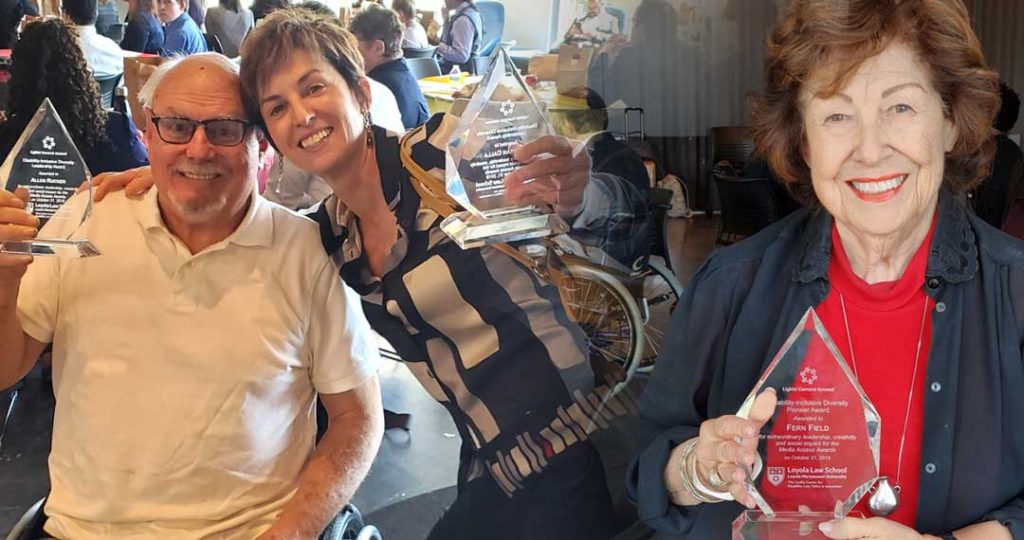 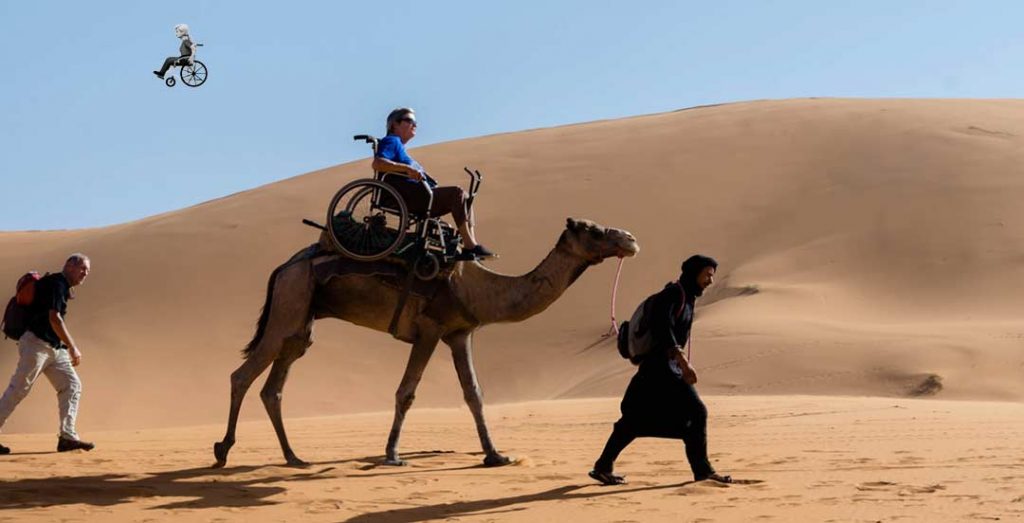 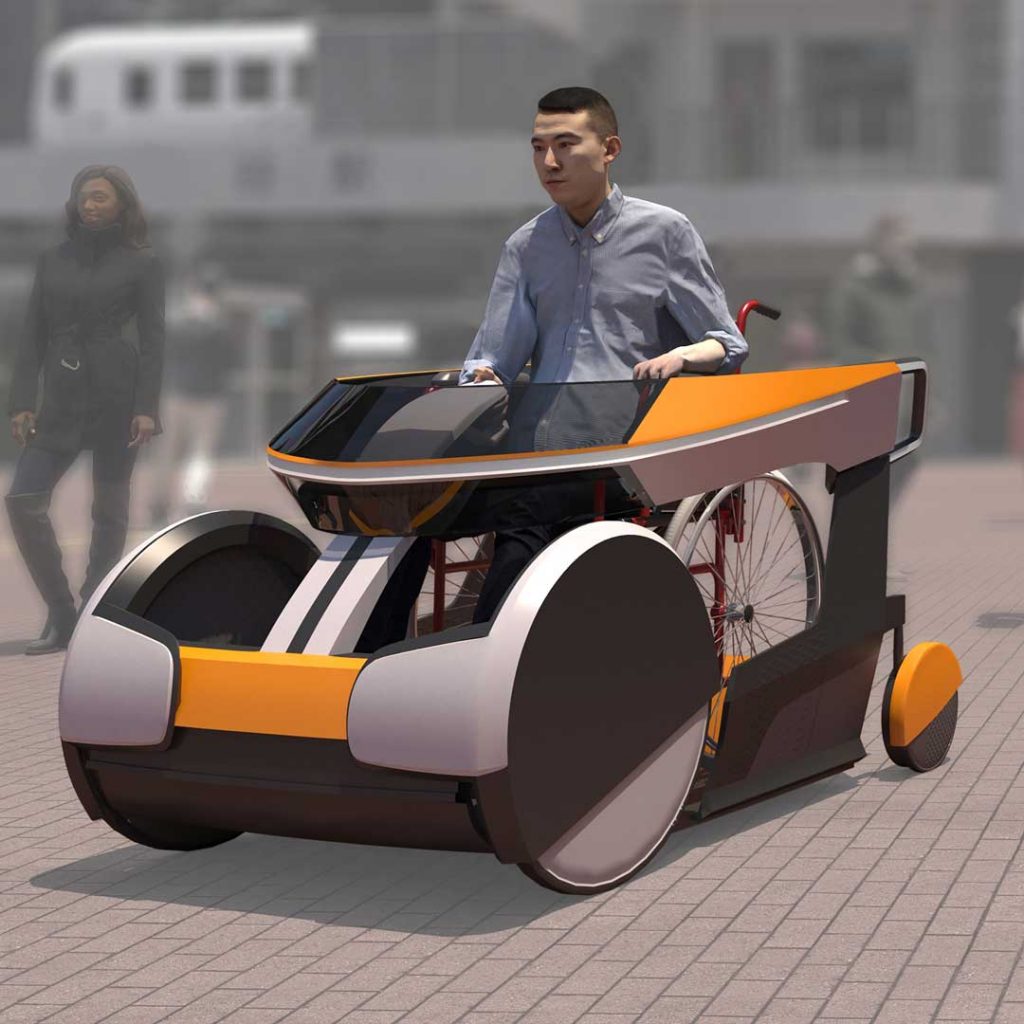 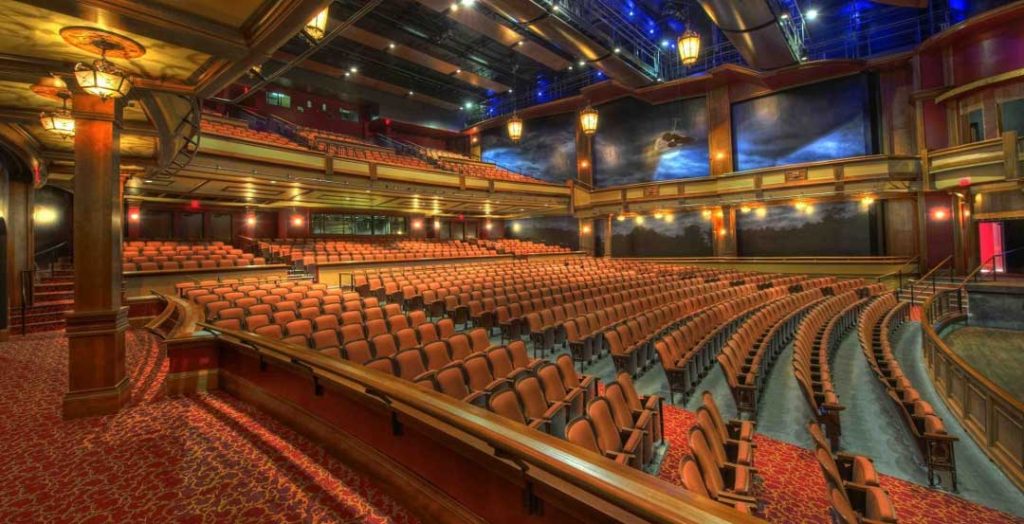 U.S. Access Board to Hold Forum on Assembly Area Accessibility – Be There! 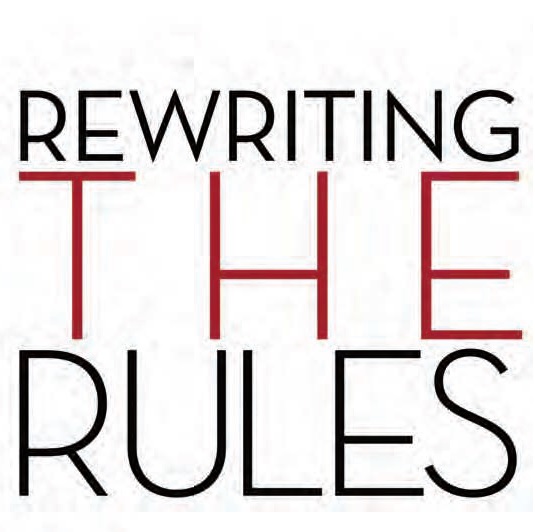