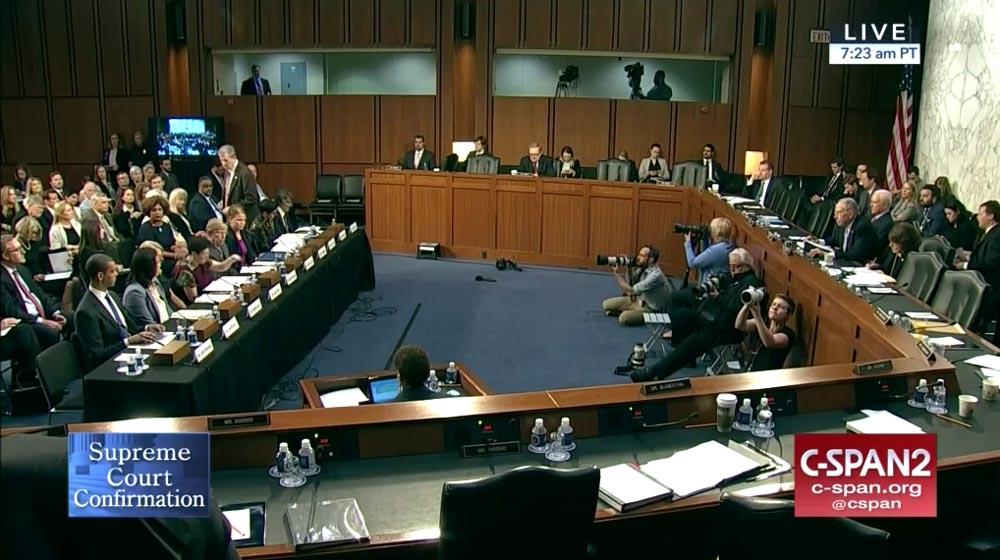 Nothing about us without us. It’s a popular phrase in disability advocacy circles. And its meaning is pretty self-evident. Don’t make decisions for us without our input. That shouldn’t be too big an ask in most circumstances. In fact, it shouldn’t even really need to be asked at all.

And on Friday, during the final day of confirmation hearings surrounding Supreme Court nominee Brett Kavanaugh, one disability advocate criticized the Trump nominee for a controversial opinion of his from 2007, in which he ruled that the guardian of a person with disabilities could overrule a person in their care, against the patient’s own wishes.

Elizabeth Weintraub of the Association of University Centers on Disabilities stated unequivocally and in no uncertain terms that the confirmation of Brett Kavanaugh would be extremely worrying to the disability community.

“If Judge Kavanaugh is confirmed, I’m concerned that my rights to make decisions for myself will be taken away,” Weintraub said before the Senate Judiciary Committee. “Every adult deserves to be treated like a grown up and have the right to be asked what they wanted, especially when it’s about their own body. If they need support to understand and make an informed choice, then give it to them.”

“There’s a saying that we hold very dear to our hearts, and that’s ‘Nothing about us without us,’” Weintraub continued. “This means that any decision that affects us should include us. We expect to be part of the conversation, even to lead the conversation.”

Weintraub had previously spoken out against Kavanaugh’s potential Supreme Court appointment. “As a woman with an intellectual disability, I know what it is like for other people to try to make decisions about my life, my relationships, and my body. Judge Kavanaugh seems to think people like me don’t deserve a say in our own healthcare, and that to me is dangerous, discriminatory, and shows he doesn’t really understand the idea of ‘nothing about us without us’.”

The Senate Judiciary Committee is scheduled to vote on Kavanaugh’s nomination Thursday. Senate Democrats will most likely delay that vote until next week. Their hope hinges on their ability to sway key swing votes against Kavanaugh.

Collins is up for reelection in 2020, and already faces potential looming threats not only from the left, but also from the right, with some in the GOP believing she is too moderate or too “liberal.” How she might vote with regards to the appointment of Brett Kavanaugh is anyone’s guess.