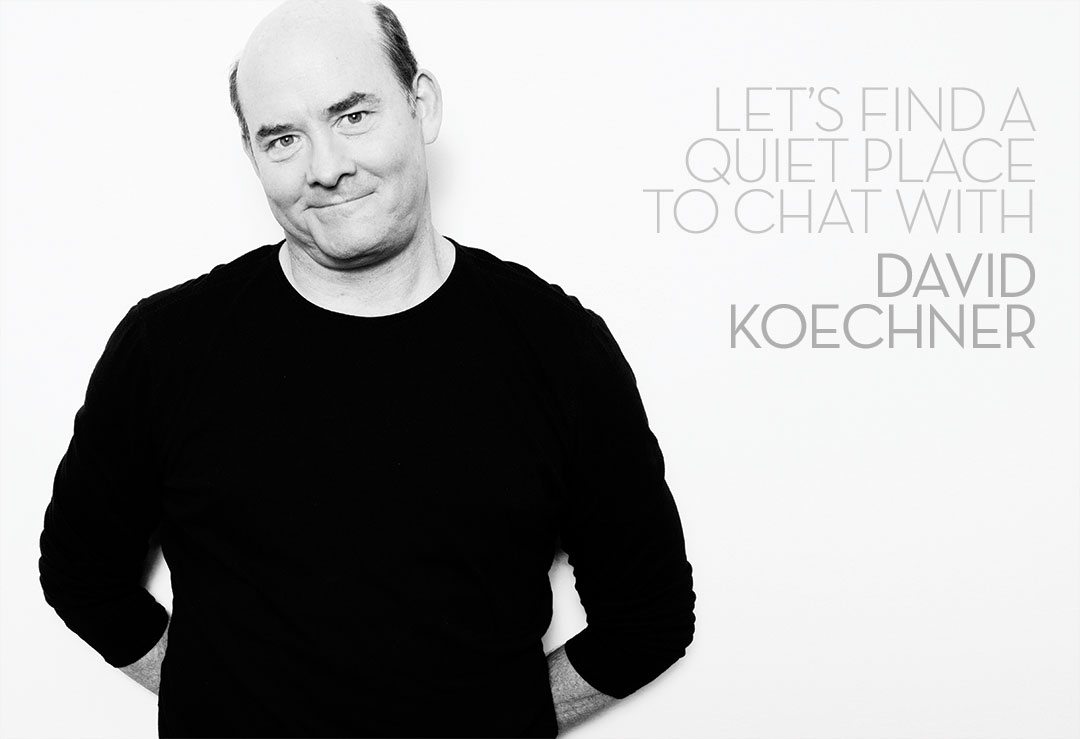 There’s funny and then there’s hysterical. Comedian, writer and producer David Koechner falls clearly into the latter camp. You’ll recognize him, for his face jumps out from some of the funniest comedy films and TV series over the last decade and a half, including Anchorman and Anchorman 2, The 40-Year-Old Virgin, Get Smart, The Office, and Curb Your Enthusiasm, to name a few.

An alumnus of Chicago’s Second City Theater, Koechner landed his first break as a cast member of Saturday Night Live and has since graced the screen in more than 150 films and TV shows. He currently appears on CBS’s Superior Donuts and Showtime’s Twin Peaks, among others. As if this isn’t enough, he also performs live stand-up comedy across the country and creates original content videos for his YouTube channel, Full On Koechner. And did we mention he’s the father of five children—yes, five—with his wife Leigh?

ABILITY’s Chet Cooper and Lia Martirosyan met up with the congenial comedian at Shane’s Inspiration’s 16th Annual Gala in Los Angeles, where he spoke movingly about his involvement in the organization, which creates playgrounds for kids of all abilities, as well as his busy life as a funnyman and family man.

Lia Martirosyan: How did you get involved in Shane’s Inspiration?

David Koechner: My wife met Catherine Curry-Williams years ago. My wife and I have been blessed with five kids. And when our youngest [Eve] was in utero, we were told that she would have severe disabilities. [near tears] Oh, God, I’m getting emotional!

People from Shane’s reached out immediately to my wife upon hearing it. Our story turned out differently, in a situation where Eve was not handicapped. But we were told that she would be unable to even recognize us, and they got it wrong. Who knew? The year was 2010 and in Los Angeles you think you have the best resources. As it turned out, we didn’t have a child with a disability, but that’s how we got connected with Catherine and Scott Curry. We’ve been part of it for six years. We hosted it one year. We come back every year. We were able also to participate in Kitchen Nightmares. We did an event earlier this year that highlighted Shane’s. There’s a motorcycle going by. We’re out here. I hope you add this to your article.

Chet Cooper: That was my stomach.

Koechner: So that’s how we’re part of it. ...
Login to read the full article. SIGN UP HERE FOR YOUR FREE MEMBERSHIP
If you are already a member, welcome back! LOGIN HERE