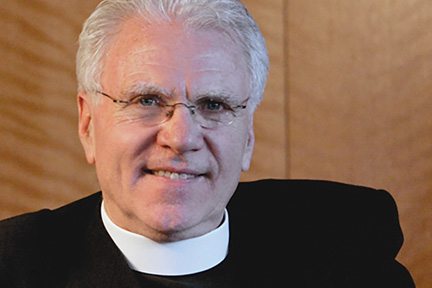 Rick Curry, who was born without a right forearm, founded his theater company for the disabled after failing to get an audition for a mouthwash commercial. The receptionist thought he was sent as a practical joke, burst out laughing and refused to even send him inside. “There was no way I could convince her that having one arm wouldn’t stop me from gargling nationally.”

Instead of being defeated, he decided to offer a course in theater for the disabled because he saw how the power of black theater, women’s theater, Puerto Rican theater and gay theater had empowered those groups. He was convinced that the disabled was a group waiting to happen.

The first of his friends to be able to tie his own shoelaces, he was brought up to believe he was the same as other children. At six, his father sent him to an acting class to give him self-confidence and perhaps become a lawyer. Instead, he fell in love with the theater, later founding the National Theatre Workshop of the Handicapped. Curry, who died in 2015, found his true calling at his Jesuit high school and became a priest, but used acting tools – stagecraft and story-telling – to teach those with disabilities how to succeed.

Over the years, Curry directed 150 shows and trained 9,000 disabled performers, telling audiences, who had been trained not to stare at disability, to stare at the actors. “If you like what you see, applaud. We don’t want you to applaud the disability. We want you to applaud the achievement.” He acknowledged that most of his students would never have their names up in lights, but observed that neither will most struggling actors who are not disabled.

Other than missing one arm, Curry was a vibrant presence, with rugged good looks and an athletic build from swimming, ice skating, and skiing. Always in motion, often in Bermuda shorts (and short-sleeved shirts!), he would bound around on stage directing students.

One student came to him after losing a leg in a Jeep accident. An athlete, he wanted to continue to train and beef up and charm girls, and wanted to write a play about himself. After several fruitless writing days, he told Curry he kept having dreams about his mother, who had a heart attack and died in front of him when he was eight years old. “Oh, my God, you have a play,” Curry exclaimed. “No one in the audience is going to give a rat’s ass about losing your leg. But everyone knows about the loss of a loved one.” It was, he said, a phenomenal play.

The workshop operated in a 50-seat theater in lower Manhattan, later adding a residential workshop in Belfast, Maine. To support this enterprise, Curry was inventive in raising money. In addition to benefit performances and soliciting private donations, he wrote two cookbooks (“Secrets of Jesuit Soup Making” and “Secrets of Jesuit Bread Baking”), trained students to bake (giving them a trade), and sold specialty breads by mail.

Fund-raising, always difficult, became unsustainable when he moved to Washington to continue his priesthood studies, so the theater and bakery had to be closed. But Curry continued to work in disabilities in DC, founding Dog Tag Inc., to help wounded veterans transition to civilian life with an education at Georgetown, and hands-on small business experience in a bakery. His Writer’s Program for Wounded Warriors helped veterans from Iraq and Afghanistan deal with post-traumatic stress by writing and talking about their experiences.

Curry always described his disability as a gift, not as a gift taken away.

“That powerful theological premise is also a powerful artistic premise – the wholeness of a human being does not come from physicality. It comes from that integration of body, mind and spirit. And that’s what we work for as artists. And that’s why arts are so important to the disabled, because imagination has no physical boundaries.”

After Curry died in 2015 at the age of 72, there was a memorial service at the Sheen Center, not far from his theater. If it were up to his students, his name would be up in lights. 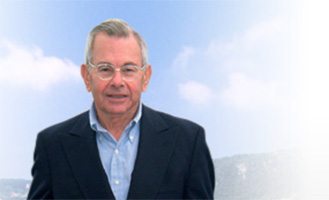