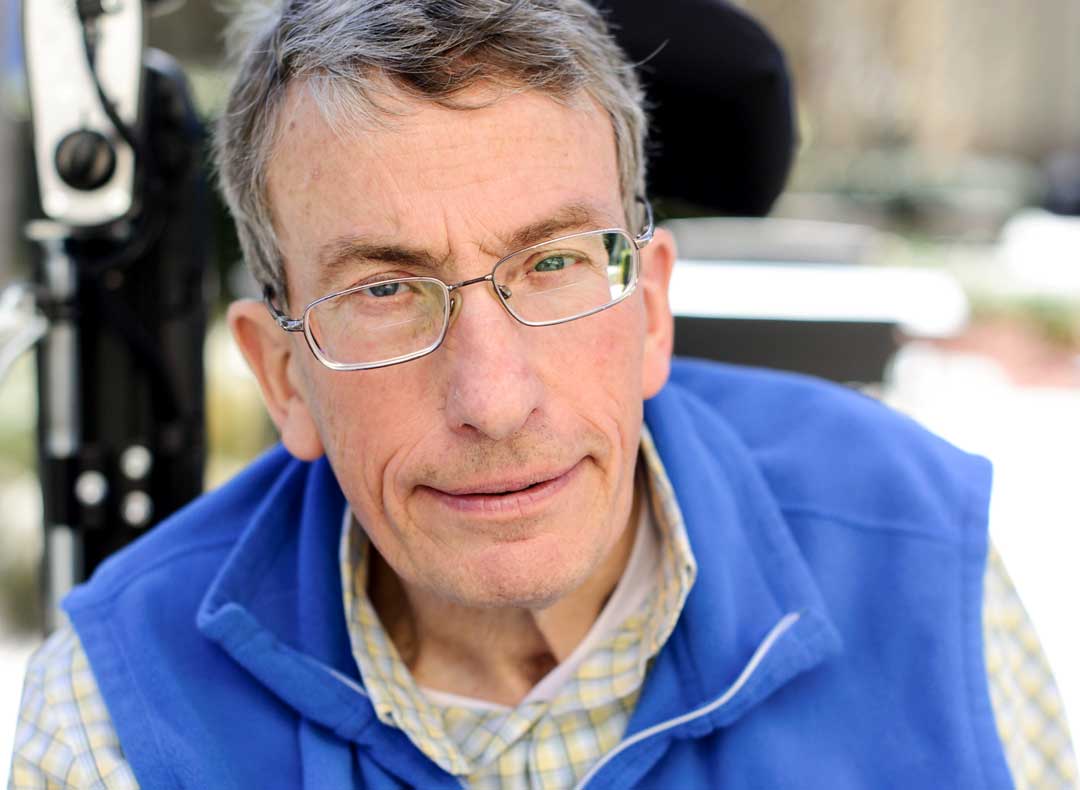 Art Blaser is Professor of Peace Studies and Political Science and has been on the Chapman University faculty since 1981. He received his Ph.D. from Ohio State University and his J.D. from Southwestern University School of Law. His research and teaching interests include disability studies, human rights, and international nongovernmental organizations. He has been involved with Orange County’s Center for Independent Living, the Dayle McIntosh Center, as a consumer since 1994 (a result of a stroke) and a board member from 2001-2007 and 2014 to the present.

I’m Art Blaser in Orange, California, South of Los Angeles. In my case, although I had some knowledge before, that’s a lot less than most people until I became disabled, which was in 1993 I had a brain stem stroke and became disabled and I’m a full-time chair user today. I would say that the issues of disability discrimination I confronted but was access to my home and access to my job were in theory, supposed to be in place by 1995, in practice they weren’t. They are today, which I think is emblematic of the impact of the ADA. Other than that, we’ve gotten things done in time. But the spirit of the ADA would have confrontation with people being public about their needs and eventually Orange, where I live, had curb cuts on the corners, which meant it was possible for me to live about five blocks from campus.

and employment also had accommodations which has included a computerized voice that makes it possible to teach, the kind of thing that wouldn’t have existed decades ago. Fortunately in California, a handful of us were able to take advantage of good state law. But I think they’re reinforced with the spirit of the ADA. We see the ADA’s affect in this spirit every day as we try to get access to different buildings. The general public’s spirit of fair play suggests that limited access shouldn’t be happening but in fact it is. The difference now is in recognition of the truth of access barriers. Eventually things change and adapt. I’ve noticed it most in education since I teach at Chapman University since 1981, so before the ADA, and when I was not disabled and teach today. I notice a lot of the effect through teaching Disability Studies and helping students who actually grew up knowing that the ADA existed and so-called “ADA generations” which makes a big difference. People are claiming disability and trying to make the world a better place. And in many cases ultimately successful, and some cases not. But there are reasons for it, and a desire to understand the reasons.

I think that one issue of priority that’s actually that’s become easier to explain as broken down these days, is the issue of where and how people live and the contrast between nursing homes and lives in the community or congregate settings.

And we’re experiencing through Covid-19, the current crisis, a lot of deaths in nursing homes worldwide, and we also have a court decision that lead to things, the Olmstead Case, which, a variety of interpretations of it, but that should be no threat of the right for people to live in the community, guaranteed by the Americans with Disabilities Act. I think one of the unfortunate things that we’re seeing is the lack of forward movement toward nursing home reform or statement that says that we cannot continue to live in congregate settings. A number of people are active. The big one I think is the Independent Living Centers and Independent Living Movement, somethings that I feel privileged, in a lot of ways, to be involved in. We have a Center for Independent Living of Orange County in L.A., and a major issue has been transitions from nursing homes that will continue to be a major issue including interpretations of the courts, which I think is very important not only in the United States but elsewhere as well. England has roughly the same thing happening that about half of the deaths are people in nursing homes. Another effect of the issue is that now we’re seeing a lot of people who’ve had Covid-19, tested positive and recovered, but a lot of indications that they haven’t recovered perfectly, that are greater than likely to have a stroke, somethings that are similar to multiple sclerosis, and a lot of people who haven’t thought of themselves as disabled but in fact, have many of the conditions of disability. And an important factor in the coming years I think will be that people claim disability, and will discover that it’s actually a part of the way a lot of us live, and not something that’s going to go away, but going to be more

likely. And we can make the world a lot better by acknowledging the value of lives with disability.

The most important step that we as community members can take is education cross agencies that all of us are involved in through the lifespan beginning with childcare, then as expressed in books about dimensions of disability, some with pride and positive attitudes toward human differences continued through the lifespan. With acquired impairments, at first, a person might find it difficult to deal with disabilities including politics like the Americans with Disabilities Act, and procure their rights, but that’s less necessary. I think with the colleges and universities, and now we have an undergraduate disability studies program, but also community education and breeding effect of the media. Sometimes, we see things with entertainment, an increase in visibility of disability is important. Fortunately, we have projects like the Disability Visibility Project. A number of instances of involvement of the media, foundations like the Ruderman Foundation, but a number of indications that in the future, disability will be something that people are likely to talk about and deal with in a positive way.

I also would really love for there to be more of an intersectional lens when it comes to disability. I feel like a lot of times the access to care for Black Indigenous POC is lacking. And so if there could be more language, if there could be more of an emphasis on how that impacts people who are marginalized, I think that would be really amazing. There are a lot of things that are going on when it comes to the lack of accessibility and it can be daunting, what can one person do? But I think that there’s a lot of things that we can do. We can reach out to our local representatives and talk about how disability needs to be part of their platform. A lot of times that’s the last thing that people think about. And so we should be more active.

We should also be part of phone banks, maybe really focusing on people’s plans when it comes to disability. I also think that it’s important that we ourselves think about disability and how those who live those lives experience life differently. So always being aware of how things that you don’t think about is impacting other people. So always making sure that they are image descriptions in your social media posts, either in the caption or an alt text. I think that we need to think about that as well as making sure that when we have events that we are thinking about accommodations, is there a ramp? Is there going to be someone who does sign language interpretation? We really need to think about our other people because really ability and advocacy is bigger than ourselves. 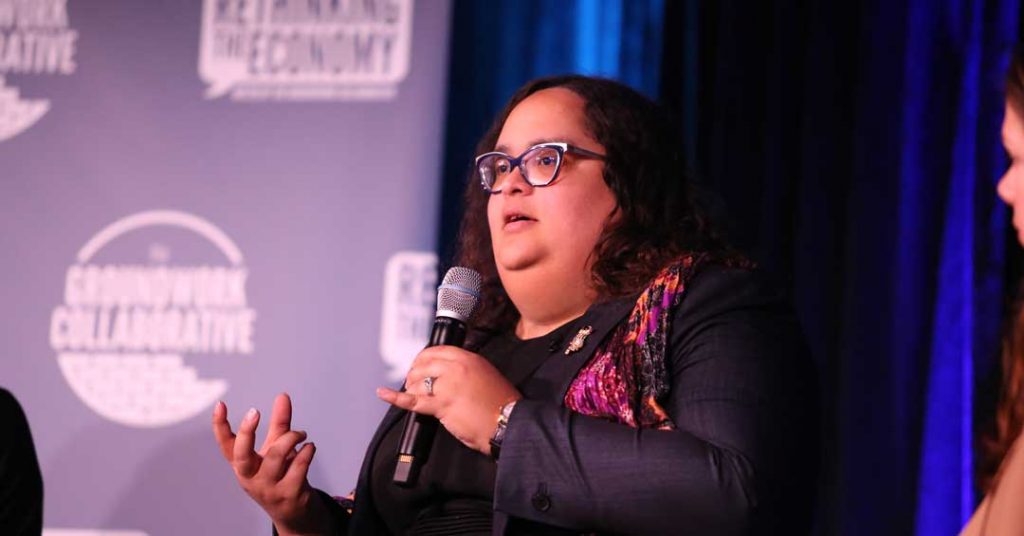