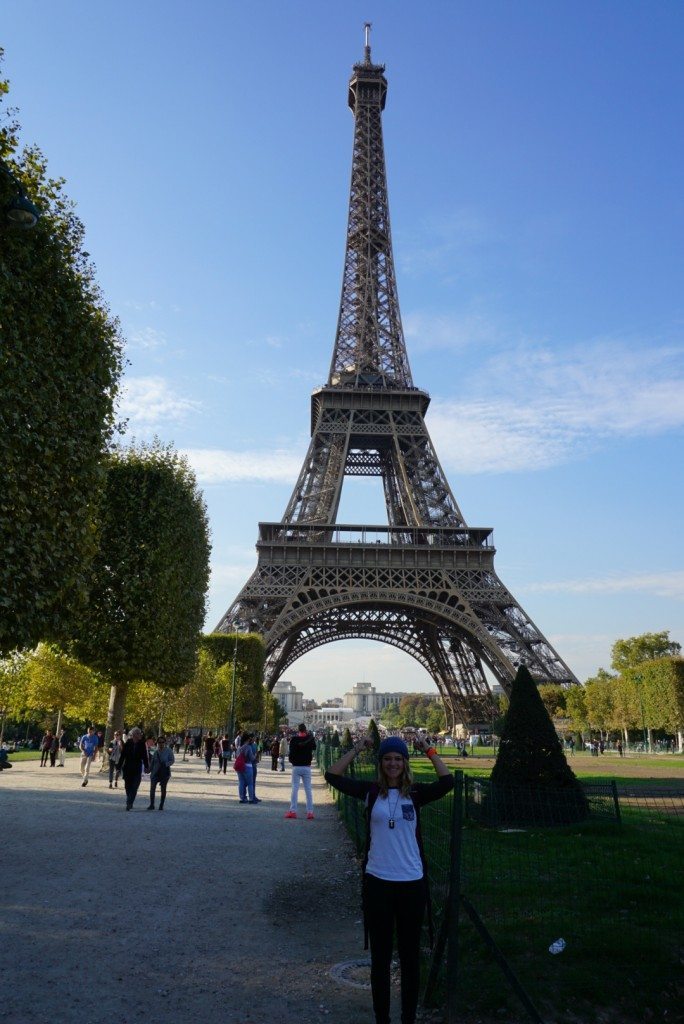 It’s been a crazy life for me recently! My best friend and I went to Europe for a three-week vacation. We booked the tickets so long ago that I thought the day would never arrive, but then we were leaving New York and buckling up for the flight to Italy. Ashley—my friend’s name, as well—and I were both so excited to begin our journey!
We had a game plan all set: We were going to explore eight different countries as cheaply as we could. Aside from Italy, our list included Switzerland, France, Belgium, Germany, Czech Republic, Prague and Austria.

After we landed in Milan, we headed out in a rental car. All in all we drove from country to country for about 60 hours, going everywhere we could to see new things, from Big Ben, to the Eiffel Tower, to Einstein’s house, Etretat Cliff, the Atomic Bomb Museum, along with assorted cathedrals. London is the only city where I had to drive on the opposite side of the road, but I’ve been to Europe before for racing events, so I was used to it!

We also took a long train ride into England—wait that’s nine countries!—to see Big Ben and the Changing the Guard. The food was delicious. My faves were meatballs in cherry sauce, meat and duck spread on bread, and Nutella crepes.

In France, we stayed with Cherub, an old friend who owns a stone house in Saint-Pierre-D’Autils, about an hour northwest of Paris. From his window, we had a view of a charming nearby castle. Our family met Cherub some years ago when my dad and I first started racing. It was generous of him to welcome us and show us the sights. Of course we went to the Eiffel Tower and ate as many chocolate croissants as we could.

In Belgium, we stayed at Gino’s; he was my mechanic when I used to race in Europe for team L S Motosports. Our families became good friends, and they’ve traveled to the US to visit us, too. I grew up with their two daughters, so it was great to see them again and hang out. Of course we got some of their famous Belgian fries, but skipped the mayo, which they like with theirs.

I would have to say that Austria is one of the most beautiful countries that I’ve ever been to, and Hallstatt is an absolutely stunning town. They have gorgeous mountains and cute villages. It’s just breathtaking. If you are ever thinking about going to Europe to explore, you definitely need to check out Hallstatt as well as Salzburg, Austria! That was my favorite memory of the trip.

We were lucky to find that the Eurochocolate Festival was going on in Perugia, Italy. That event was my second favorite thing we did while in Europe! I was having a (chocolate!) melt down, 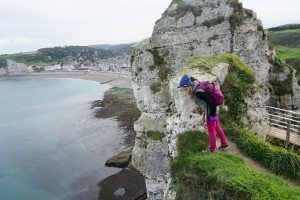 because I didn’t know where to start first! There were like a million different kinds of chocolate, presented in unique and fun ways. The small shot of liquid chocolate topped my list. I was in cocoa heaven!

Communication in Europe is always so funny to me. It seems like hearing people struggle so much more than deaf people (Sorry, Ashley!). It was so difficult for her to try to get her point across. I simply use gestures and most everyone understands me, but Ashley would keep saying the same word in English over and over. I guess her brain doesn’t work like a deaf person’s brain. Ha ha!

We left Europe October 19th, and I made in home in time to celebrate my 25th birthday with friends at Knott’s Scary Farms. I can’t wait to head back to Europe again next year. I think I’ll start doing motocross classes over there.