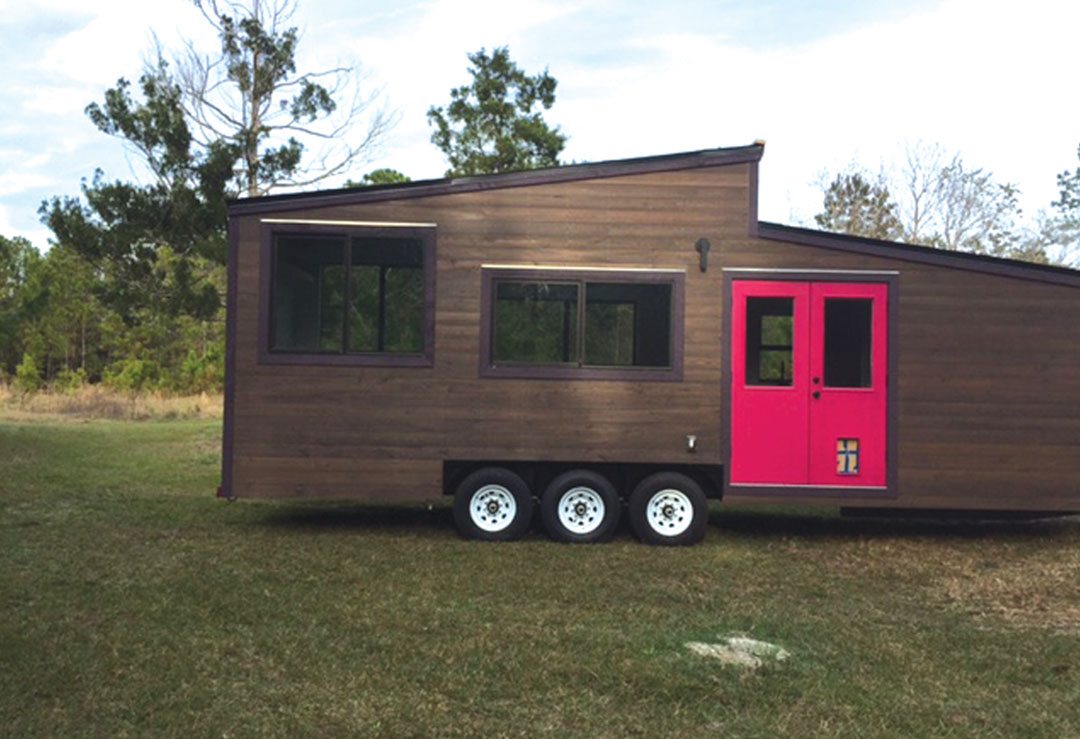 Happy Spring! I hope your year has been going smoothly so far, and that you were able to get rolling on your 2017 resolutions.

I’m all moved into my new tiny house, and I’m still in the process of getting everything set up. I thought it would be turnkey ready, as they say in real estate, but I was wrong! Fortunately my dad has been amazing with the fixes just by using his homeowner skills and by Googling things!

Right now he’s working on my septic system, and that’ll be the final big-ticket item that needs to be done to finish my abode. I didn’t realize it would take so much work. Dad had to dig a trench, get big plastic barrels with all kinds of PVC-stuff attached, and then he and mom had to shovel rocks into it! I’ll take over the next rock-shoveling shift. Luckily, I was out of town for that first go round.

To set up my Internet, I had to call my area phone company to come out, which I thought would be simple, but no! The guy showed up at my tiny house in the middle of a plot of land—on my parents’ 10-acre property—and looked at me like I was crazy.

“You can’t just get Internet out here,” he said. “We need to lay cable and have a pole installed. It takes heavy equipment…”

I told the phone company the situation when I first set up the appointment, but they had said it was “no problem.” As we stood there, trying to sort it all out, it was clear that it was a problem.

Two good things happened while we were going through it: Mom showed up, and the guy called his manager. The supervisor asked my mother if it was okay to take the cable from the pole on the other side of our family home, and run it all the way to my house. She told him “yes,” as long as it didn’t affect her Internet or my brother’s gaming! Still, you can’t even imagine how much cable they had to lay to cross all those acres. It was insane!

Several hours later, though, it all came together. Now I have great Internet, even better than at my parents’ house, because their cables are old.

Now that I’m set up, I’ve given a few private lessons on my old track,

which is also on my parent’s land. It’s so nice to walk out of my house and teach a class right there! Mom helped me to interpret for a hearing student, but next time I’m going to do it on my own, because the girl that I’m coaching is pretty used to me now. We should have no trouble writing messages to one another on a pit board.

I also have all my “toys” right here, including my 110’s and Go Karts from Monster Moto, so all in all it’s a fun place to live.

My next items to tackle are fixing up the track so it’s even smoother, and getting my dogs out of my parent’s home and moved in with me. I need to build a fence around my place because there are wild hogs out here lurking, and hogs and dogs don’t mix!