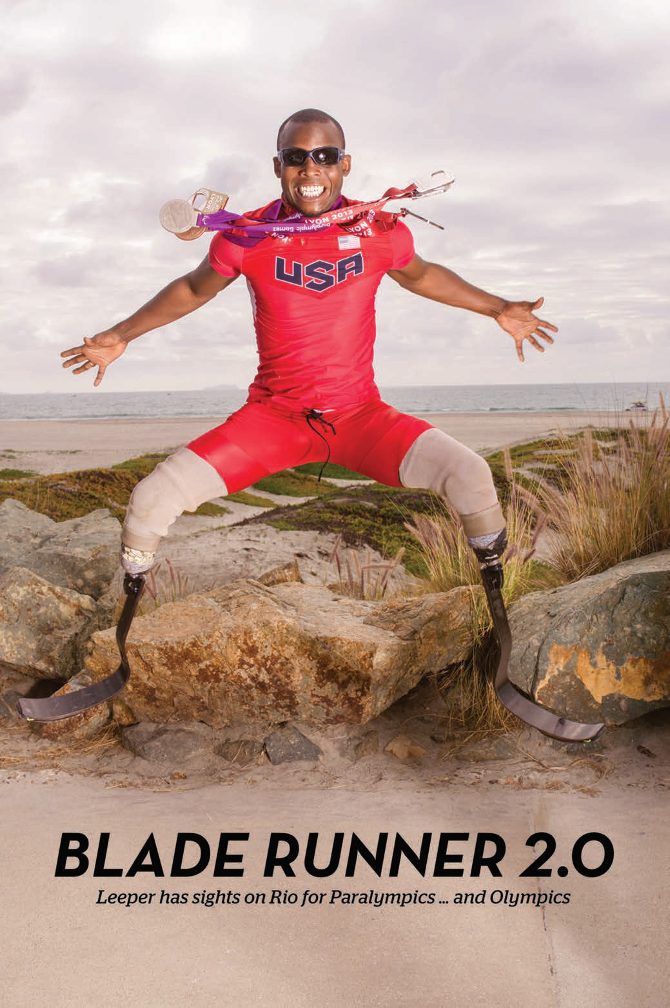 Blake Leeper stood at the starting block in London and listened as the public address announcer began introductions for the 400 meter T44 final at the 2012 Paralympic Games. Before the announcer even began to speak, the crowd of 85,000 exploded with an escalating roar. But it wasn’t for him.

“In Lane 4, from South Africa, Oscar Pistorius.” It was a reality check for Leeper, who bounced up and down and waved his arms when he was introduced for the race.

Pistorius had just become the first Paralympic track star to also compete in the Olympic Games and was among the favorites both on the track and in the stands. Leeper said the reactions from the crowd were at a level he had never heard. Additionally, the giant crowd was simply an awesome experience. Leeper typically competed in front of a couple hundred fans in the United States. Yet, on disability sport’s most elite stage, the Paralympic Games, he was about to run in front of 85,000.

“I had eight races and all eight races were sold out,” Leeper said. “It’s something you can never prepare for. It’s an experience in itself. I had no control over my body. It was all reaction.”

Pistorius went on to win the 400 meter Paralympic gold medal, the same event in which he competed during the Olympic Games. Leeper finished second for the silver. The event was symbolic for Leeper as it positioned him as an heir to the throne, so to speak, inheriting the title of America’s Blade Runner.

Leeper, who also won the bronze medal in the 200 meter and finished fifth in the 100 meter, has taken the challenge seriously. The Tennessee native was born without fibulas in his legs. He has lived and trained at the US Olympic Training Center in Chula Vista, California, since 2011 under former Olympic champion Al Joyner. In fact, he’s dedicated his life to training full-time, which he said shocks some people that Paralympians are full-time athletes.

“It’s hard for people to comprehend. Sometimes they even ask,” Leeper said. “Because I’m a Paralympian, they assume it’s a hobby or something I do on the side, but this is my living.”

Leeper said it’s just like any other job: If you want to be successful, you have to put in the work.

“You have to put everything in it if you want to be on top,” Leeper said. “That shows how fast the guys are getting. Richard Browne, Jarryd Wallace, Jerome Singleton— these are the guys on my US relay team and they’re running at top-end speed and breaking world records every time they step on the track. For me to keep up with those guys, I’ve got to train every day.” Leeper’s full-time training required him to move to Chula Vista for access to the training facility and for consistent weather. It also required him to put his education on hold. He began a pre-med program at the University of Tennessee but chose sprinting for now due to the small window during his life when he could compete internationally.

“I knew this opportunity would only be there a short time so I wanted to focus on track,” Leeper said. His mother, Edith, was not easily convinced.

“I made a deal with my mom,” Leeper said. “She said, ‘If you move out there and train, you promise me that you will graduate.’ I’ve won medals and broken world records, but her main thing is that I graduate.”

Leeper said his mother and father, Bill, are proud of his athletic successes, but they expect more out of him. He understands, so he is taking communication and business courses at a local college in Southern California.

“I’m only going to be a track and field star for so long,” Leeper said. “I want to educate myself and send that message to the world that you have to get your education. It has been important to my family and my parents. My parents are OK with me doing what I am doing now, but that’s not enough for them. They want me to get my degree.”

Leeper gets it now that he’s more mature. He was focused on his training, but he admits that he struggled with managing the scene when he was in London. “It was my first Paralympic Games,” Leeper said. “You had the opening ceremony and the village and meeting people from other countries. We had unlimited food. I was very prepared and physically in great shape. But mentally, it was just too much for me.

“That whole experience was just great because I walked away with something, but I explained to people it was like a vacation,” Leeper continued. “Going to Rio, I’m a lot older and smarter and have been there before. It’s a business trip.”

“I know what I need to do,” Leeper said. “I know where I need to be. I know how to recover better. I know how to rest. Everything is a factor. When I went to London, I was 21 about to turn 22. I was excited with so much energy. Now, I’m older and know how to bottle up the energy and conserve it.”

Leeper is hoping to spread that energy a bit wider. He has big plans for the Paralympic Games, but his goal is to duplicate Pistorius’s feat and compete in the 2016 Rio Olympic Games as well.

“I’ve got to develop better mechanics to become a better runner,” Leeper said. “The 200 and 400 are my main goals. I want to get my 400 time down to potentially competing against able-bodied runners. That’s my goal.” If Leeper’s times qualify him for the Olympic Games, he would be the first American Paralympic sprinter to compete as a double-amputee in the Olympics. Leeper sees it as an opportunity for himself to compete on yet another big stage, but also as an opportunity for Paralympics overall. 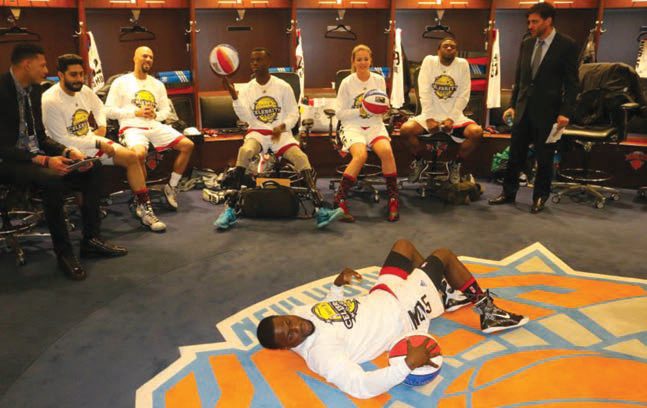 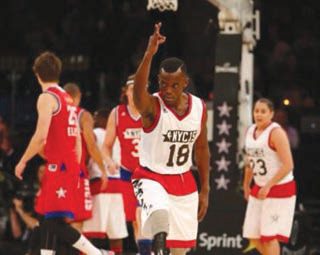 US Paralympic sprinter Blake Leeper was invited to participate in the NBA All-Star Weekend festivities Feb. 13-15 in the NBA’s Celebrity Game in New York.

Leeper drained a 3-pointer, grabbed two rebounds, dished three assists, and snagged three steals for an all-around performance during his 14 minutes of action.

“Here I am, shooting a 3, a guy with no legs,” Leeper said with a laugh.  ...
Login to read the full article. SIGN UP HERE FOR YOUR FREE MEMBERSHIP
If you are already a member, welcome back! LOGIN HERE