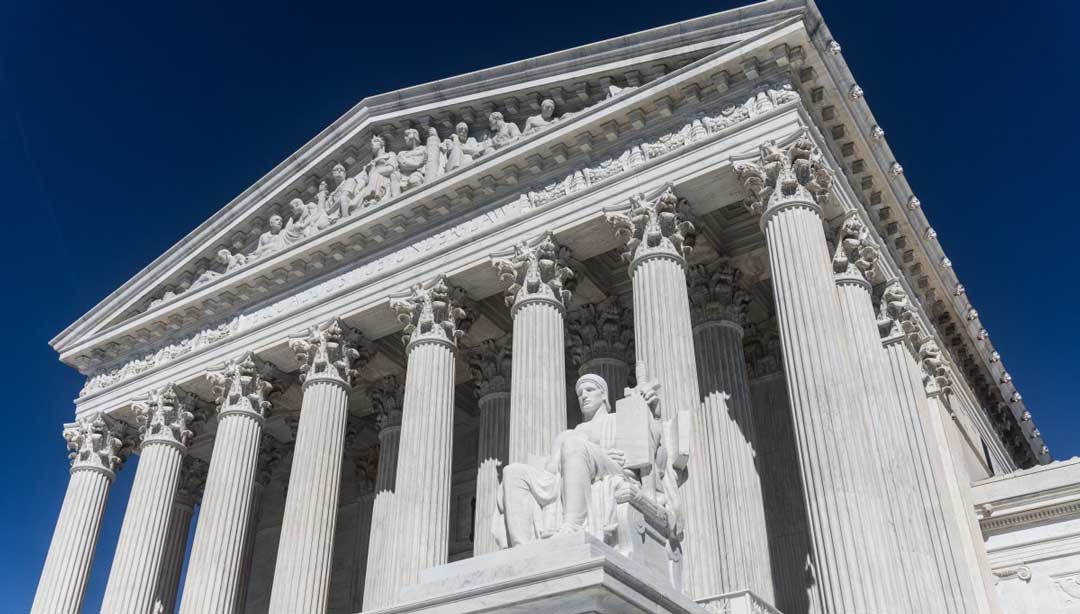 It goes without saying that any potential Supreme Court pick Donald Trump might have nominated would have surely caused political division in contemporary America, a country with public discourse persistently teetering on the cusp of implosion. And Trump’s recent nomination of Brett Kavanaugh is no exception, drawing the ire of several disability advocacy organizations nationwide.

Brett Kavanaugh’s nomination has been a sore subject in disability advocacy circles, with many organizations vocalizing their opposition in recent weeks, including the Bazelon Center, the Disability Rights Education and Defense Fund (DREDF), the National Disability Rights Network (NDRN), and the Association of University Centers on Disability (AUCD).

At the heart of these concerns is Kavanaugh’s questionable record on civil rights. In a July 31 press release, the AUCD cited a specific 2007 case, DOE v. District of Columbia and Mental Retardation and Developmental Disabilities Administration, in which Kavanaugh made some questionable judgments regarding the rights of patients with intellectual disabilities.

In that case, Brett Kavanaugh had overruled multiple district court orders which gave individuals with intellectual disabilities the right to have a say in their own elective surgeries. These patients, who were deemed not legally competent, were protected by these orders by stating practitioners needed to make “documented reasonable efforts to communicated” in an effort to discern their wishes, prior to the government being allowed to determine the patient’s “best interests” given the situation.

According to the AUCD, Kavanaugh seemingly made no effort to consider whether a patient with an intellectual disability might be able to determine on their own the nature of an elective surgery or decide for themselves whether or not they should go through with it.

“Making an effort to communicate was viewed as an unnecessary standard to apply to the government when it wanted to perform surgery on a person with an intellectual disability because, in Judge Kavanaugh’s words, they were `by definition’ incompetent so their input was not relevant to the decision,” the AUCD said in their press release.

“As a woman with an intellectual disability, I know what it is like for other people to try to make decisions about my life, my relationships, and my body,” said Liz Weintraub, Senior Advocacy Specialist at AUCD. “Judge Kavanaugh seems to think people like me don’t deserve a say in our own healthcare, and that to me is dangerous, discriminatory, and shows he doesn’t really understand the idea of ‘nothing about us without us’.”

“The National Disability Rights Network shares the concerns of the civil rights community about the nomination of Judge Kavanaugh to the United States Supreme Court. Disability is a condition that can affect all Americans, across all races, genders, sexual orientation, religion and economic status. Any weakening of the laws that protect Americans from discrimination and ensure equal opportunity would negatively affect individuals with disabilities as well.”

“The importance of the upcoming fight over Judge Kavanaugh’s confirmation is clear: a single decision by the Supreme Court can have drastic implications for the lives of people with disabilities. Everything will be at risk, from the protections of the Americans with Disabilities Act (ADA), including Olmstead v. L.C. (in which the Court held that needlessly institutionalizing people with disabilities is a form of discrimination under the ADA), to the protections of the Affordable Care Act (in National Federation of Independent Business v. Sebelius, the Court upheld the Affordable Care Act’s individual mandate).

“We are extremely concerned that if the Senate confirms any jurist who has not demonstrated a strong and unwavering commitment to civil rights and liberties, it will signal a devastating blow to the rights of people with disabilities. This appointment will fundamentally realign the Court for decades to come. We already have concerns about Judge Kavanaugh’s demonstrated hostility to civil rights and will carefully scrutinize his record, including decisions on the Affordable Care Act, the ADA, Medicaid, and other issues. Conservatives and liberals alike have long championed the rights of people with disabilities, but extreme nominees place our decades of progress at risk.”

Brett Kavanaugh’s confirmation hearings are scheduled to begin September 4th, according to Senate Judiciary Chair Chuck Grassley (R-IA). The process is expected to last a maximum of four days. Republicans hold a majority in the House and Senate, making Kavanaugh’s appointment to the Supreme Court all but inevitable.

Many Democrats feel that Donald Trump should not have been allowed to field a Supreme Court nomination, given that he is currently under investigation. Republicans successfully blocked President Obama’s SCOTUS nomination on the spurious grounds that a presidential election was under way, which most politically objective readers would surely agree is a significantly weaker reason to hold up a nomination.