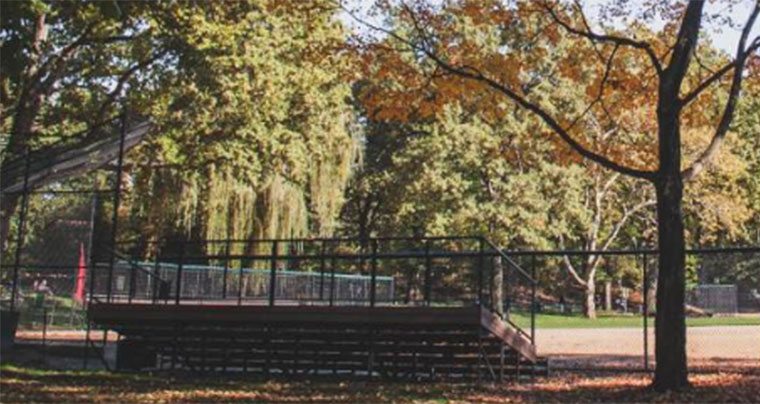 As a nine year-old boy at summer camp, I had no idea that a single event that occurred one August would create a lifelong memory. Nor could I have suspected how much it would mean to me as parent of a teenage girl with autism 40 years later. It was 1975. My brother and I were at Camp Powhatan, an overnight boys camp on Pleasant Lake in rural Maine. We spent most of our time playing basketball, tennis, softball, swimming, and shooting rifles and archery. It was a sports camp and we were competitive–competitive with other camps, with one another, and with ourselves.

There were some great athletes at the camp, my brother among them. There was one camper though, who was not athletic. His name was Harold Bingham. Harold had some form of developmental disability. He was older than me, 16 or 17, and a member of the counselor-in-training, or “CIT” bunk. He had a kind voice and a great, broad smile. He was uncoordinated, and spoke slowly with a speech impediment. Harold didn’t participate as much as other campers in the sporting activities. I remember him instead swimming in the lake, helping with camp maintenance, and mowing the fields on a riding mower. He was friendly and seemed content in his role. Everyone knew him and looked after him. The camp was a place that understood the value of being supportive.

During the last week of the summer, there was a three-day camp-wide competition known as Color War. The camp was split into two teams, Red versus Gray. Each age group participated in sporting events against their peers on the other team—relay races, sprints, swimming, archery, softball, basketball, tennis, etc… Points were awarded for each event, and at the end of the third day, the team with the most points sprinted victoriously into the lake. It seemed pretty competitive for me as a 9 year-old, but the teenagers were fiercely competitive.

The final event of Color War was the CIT softball game. The oldest campers faced off against each other late in the afternoon on the third day, for a game that was worth more points than any other event. Some years the outcome didn’t matter, as one team had an insurmountable lead going into the game. This particular year, however, it all came down to that final softball game. The entire camp, a few hundred boys, lined up around the field and in the stands.

I don’t remember the details of the game, but know that it was very close. It was the last or next to last inning, and Harold’s team was in the field. One of the rules was that every player had to play at least one inning. This was Harold’s inning. The coach had put him in short field, a 10th position not played in baseball, located in the outfield just behind second base. In the event that the ball was hit to Harold, the shortstop, Jack Lightman, who was the best athlete at camp, could cover for him. Runners were on base, and whether Harold’s team was able to stave off runs was going to determine who won the game, and who won Color War. The entire camp was watching and cheering every play.

When the batter connected with the ball, everything seemed to go into slow motion. It was a pop-fly to short field, to Harold. Jack sidestepped left and back, ready to step in and make the catch. Harold raised his glove and shouted “I GOT IT, I GOT IT, I GOT IT!!!” Jack hesitated. Should he let Harold try to catch it and risk losing the game, or should he reach out and make the catch himself? The game, and the outcome of Color War, hung in the balance. The entire camp held its breath as the ball made its way towards Harold’s glove.

THWAPPP!! It was the sound of the ball hitting Harold’s glove, and it stuck. It stuck in his glove like bubble gum to a shoe. He kept his outstretched arm high and held up the ball. The camp exploded with cheers, both sides, Red and Gray. It was pandemonium. Harold smiled his broad, beautiful smile. Jack held up Harold’s arm in a victorious salute. The benches cleared and players came onto the field to congratulate him. The entire camp, and my entire universe, cheered in that moment.

It’s kind of ironic that I don’t remember much else about that year’s Color War. I don’t remember if Harold’s team was Red or Gray, or if his team ultimately won or lost the softball game. In fact, I don’t remember which team I was on, and whether mine was the first team to jump into Pleasant Lake, or was the one wading in after the victors had had their celebration. It didn’t matter. We had all won. We all celebrated.

Today, as I think about this story as the parent of a teenager with autism, I remember the thrill of Harold’s catch, but now also understand its significance. Harold stood there as the ball was coming to him, and shouted to everyone that he could do it, that he could make the play, and HE DID. How beautifully he did. Jack, in a split-second decision, stood back and let Harold go for the ball, and Harold rose to the occasion. He was able to make the catch because he had self-confidence. He had been taught that he could, not that he could not. As he reached for the ball, he knew that he had the support and love of his fellow campers, teammates, and counselors.

What Harold taught me that day I wouldn’t fully appreciate for almost 40 years. It is this simple truth: all of us can do so much more than we sometimes think possible. Time and again, I have seen my daughter accomplish what I previously considered unachievable. And going forward, I know that she will continue to surprise and amaze me — but only if I let her go for the catch.