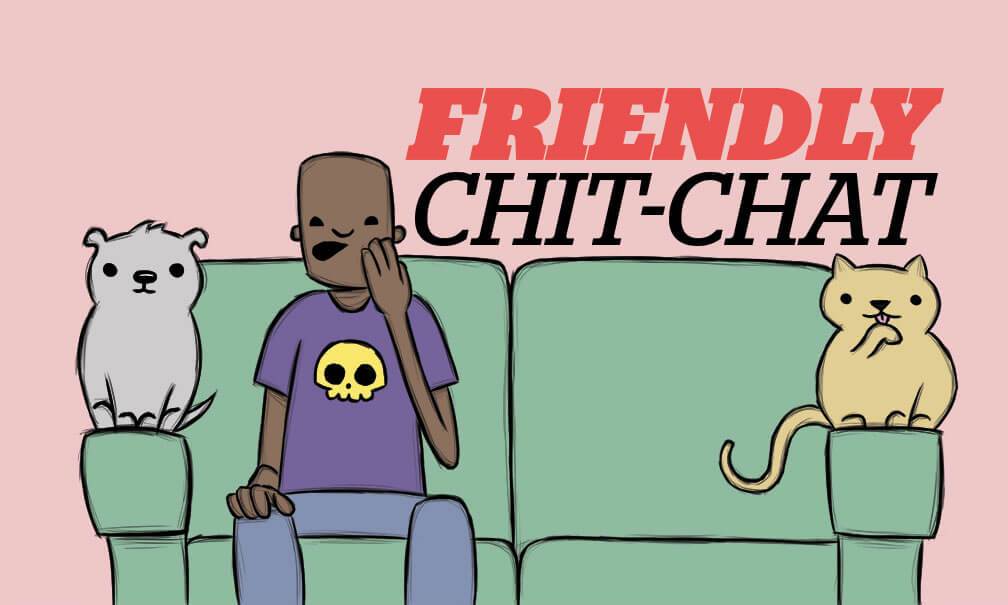 It’s good to have friends in life. They say that when you’re older, you can count all your friends on one hand. Where did all the friends in our lives go? One week you’re doing everything with this friend, from dining out to talking on the phone and then, poof, they’re out of your life. Many times, friendships just peter out. Each of you got what you needed from the other, at that specific time in your lives, and then you moved on. You look for a new friend who can offer a little more than the last one. Sometimes, the break up isn’t mutual. The friend is calling and asking you what you want to do that night, and then you have no choice but to start lying, “I’ve got this thingy that I signed up for that I have to go to.”

“What thingy?” they question. “You never told me about a thingy?”

“Yeah, well, it’s one of those thingy’s that’s gonna take up a lot of my time. But I’ll call you when the thingy gets over. We’ll do the lunch thingy,” you respond.

When you’re younger, friends are easy to find. They’re everywhere. Friends of friends eventually become your friend, and so on. You have some main friends, and then the fallback friends. When a main friend can’t meet up with you, then you move to the fallback friend. The fallback friend is undoubtedly under the impression that he or she is a main friend, otherwise, they wouldn’t do anything with you. Then, when the fallback friend doesn’t hear from you in a while, it dawns on them, “Wait a second, son-of-a-bitch, I was just a fallback friend.”
Now that I’m older, I’m finding my friends are dead, in rehab, jail, or simply missing. It’s rare to have a friend remain with you throughout your life. Why is that? Well, it’s because we’re humans, and given enough time, we’re either going to piss someone off or they’re going to piss us off. Plus, friends can take a lot of energy, and as you get older you just don’t have the energy that you once had.

“You want to meet up somewhere tonight?” they ask.

“No, that means I gotta find my car keys then walk out to my car. Don’t you have any other friends you can call?” you reply.

Friends are important. The more friends you have, the more people to talk about to your other friends, behind their backs. That’s the good thing about a friend, they’re there so that you can unload all the things that annoy you about your closest mates. And they’re in your corner, nodding and agreeing to every whiny complaint you spew, having no clue that they’re next on the list. This may be the main purpose of a friend, to lend an ear to your bitching. Usually, people who don’t have friends have pets and it’s not unusual for them to tell their dog about all the cat’s flaws and vice-versa. It’s why many pets always want to go outside and why many become runaways. And, when the owner’s gone, the cat and dog are bitching to each other about their master.

“The dude is weird,” the dog remarks. “He never once licks himself.”

It’s tough when you think you’re someone’s friend, but you’re not. You find out that they were out to dinner with some other friends, and you run through a checklist in your mind of what you might’ve done that prevented you from being invited. You can’t help but feel you’re being cheated on. Friend adultery is brutal.

There’s nothing worse than having to meet up with a friend that you just don’t want to be with. They’re still a friend, it’s just that, well… you don’t want to be around them. They’re known as the “go-to chums.” When you need someone just to hang out with, talk to, or unload your burdens and none of the good friends are available, these are the ones you call. They’re usually the last resort, but they serve a useful purpose. They’re usually very nice people. You’re kind of the selfish one.

Now, having a best friend is a good thing, but you shouldn’t let people know who that is. You can hurt someone’s feelings. “Jim, you’re a good friend, but Jack here, well, he’s my best friend. By ‘best’ I mean he is better than you in every sense of the word. Don’t get me wrong, you’re good but, he is the best. Now if he can’t help me move tomorrow, there’s good possibility that you could slide into the ‘best’ slot.”

These days, most of the friends that someone has are on Facebook. You know they are your friends because they must “friend” you. Sometimes you never even talk to one of them but, they’re still listed as a friend. You can also “unfriend” them… for no reason (but, we all know it’s because of all the cat videos that they post). Facebook is good, because it lets you know how many friends you have. “I got 432 friends! Damn. It’s a shame I have no idea who half these people are.”

They say that you can never have enough friends. That might be true, but three is good enough for me, more than that, complications set in. They call you. They want your time. Or, they want to go out and do something. When you get older you realize that’s crazy talk. The couch is comfortable. Your favorite TV show is on. Besides, you got Facebook. Can’t my friends just leave me alone? My God, I’ll call ‘em when I need ‘em. 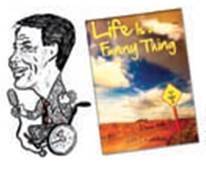