New Bill in Congress to Change ADA, 27 Years Not Enough Time to Comply?! 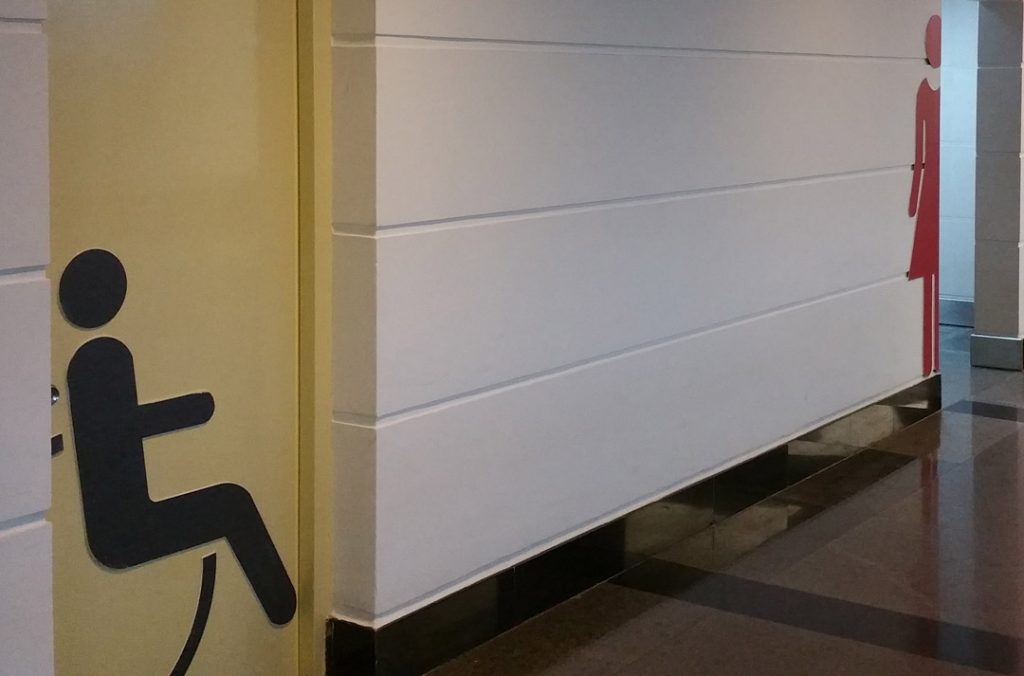 The Americans with Disabilities Act is the most comprehensive and foundational civil rights law prohibiting discrimination on the basis of disability. Yet, 27 years after it was passed, people with disabilities still face enormous barriers. People with mobility disabilities routinely find themselves blocked from the simplest of social interactions. They are unable to go to the corner grocery store to pick up a quart of milk because there is a step at the door. They are unable to go to the local movie theater with their friends because there is no accessible seating. They might be able to get into the door of the local restaurant, but are stymied if they have to go to the bathroom while they are there, because it is the size of a postage stamp.

Title III of the ADA creates a proactive duty on businesses to remove architectural barriers and other obstacles that impede access to the establishment. But businesses have resisted making such changes for decades. And, now, they are asking Congress to help them. This new bill in the House of Representatives, the ADA Education and Reform Act of 2017 (H.R. 620), is gaining steam. It will be debated in the House Judiciary Committee on Thursday morning and may go to House floor for a vote soon thereafter.

H.R. 620 would completely change the way in which a business is required to comply with the ADA. Instead of requiring that a business comply proactively, the bill would place the burden on the individual who is being denied access. This bill proposes that after an individual with a disability is denied access she must first notify the business owner, with exacting specificity, that her civil rights were violated, and then wait for six months to see if the business will make “substantial progress” toward access, before going to a court to order compliance.

Business owners can spend years out of compliance and face no penalty even after they receive notice, so long as the owners claim “substantial progress.” By allowing a business an endless amount of time to become compliant with the ADA’s reasonable requirements, H.R. 620 removes any incentive for a business to proactively ensure that people with disabilities have access. Instead, the bill encourages businesses to just wait until an individual’s civil rights are violated before making any changes.

Those who support H.R. 620, particularly business groups, have argued that the bill makes only a minor and noncontroversial change to the ADA. They claim that the bill merely gives business owners additional time to make their facility accessible after they are notified of a problem. This argument is specious at best and should be rejected.

Supporters of this legislation ignore that shifting the burden in the bill goes completely against how our nation has enforced its civil rights laws since the passage of the landmark Civil Rights Act of 1964. When Congress passed the Civil Rights Act, it included a provision that allowed an individual who is denied access to a public accommodation because of race, color, religion, or national origin to immediately seek relief to gain access. This enforcement mechanism served as a powerful and incentivizing tool to ensure that businesses proactively complied with the law.

This principle has stood in law for more than a quarter century. But now some in Congress are trying to change the way our country treats the civil rights of people with disabilities.

It is imperative that members of Congress stand up for the rights of people with disabilities. The Judiciary Committee in the House of Representatives is planning to vote and debate H.R. 620 on Thursday. Urge members of the Committee to vote against the bill and to stop it from going to the full House for a vote.

Businesses have had more than enough “notification” to comply with disability rights law. People with disabilities deserve equal access today — civil rights should not be delayed or tied up in bureaucratic red tape.

‘The ACLU is fighting to ensure that the guarantees of the ADA continue; that the civil rights of people with disabilities are protected; and, in keeping with the intent of Congress, that they be treated no differently than others. We must stop this bill from ever becoming law.’