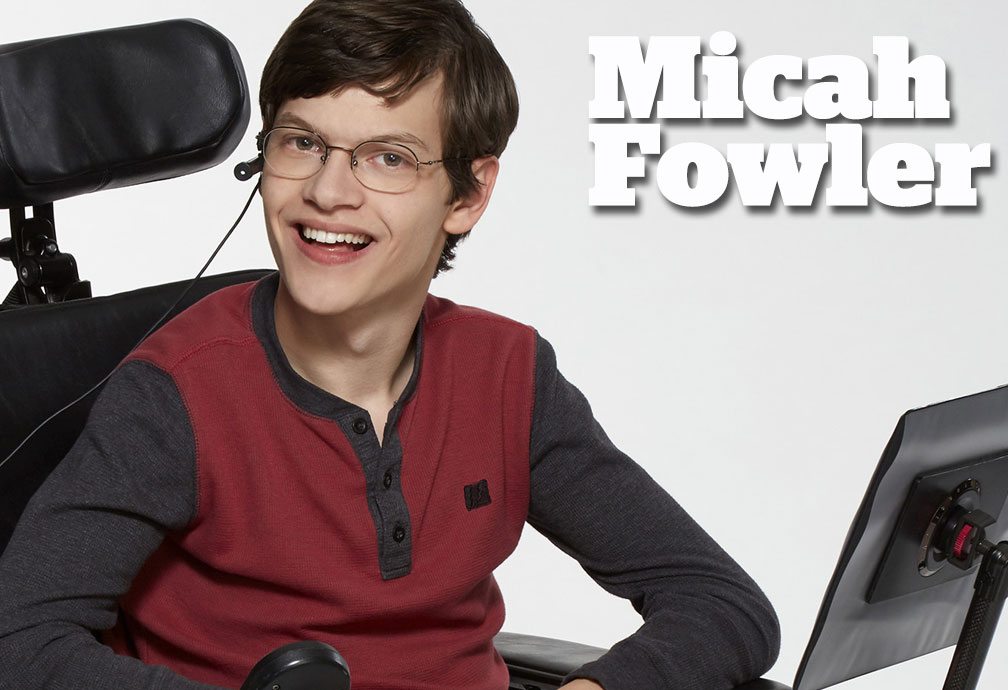 Micah D. Fowler represents the cusp of a new trend in Hollywood: casting actors with disabilities in lead roles. He plays JJ, a teenager with cerebral palsy (CP) on the popular TV series Speechless. A native of New Jersey, the affable 19-year-old is no stranger to show biz. He’s had parts on Blue’s Clues, Sesame Street and the film Labor Day. Although JJ’s character is nonverbal, Micah is verbal and shared his thoughts on acting and other pursuits with ABILITY’s Lia Martirosyan. When not acting, he is an ambassador for the Cerebral Palsy Foundation (CPF).

Lia Martirosyan: When did you first realize you wanted to become an actor?

Micah Fowler: I first started acting with my sister in community theater—Our Gang Players—when I was about five years old. They were doing The Wizard of Oz and 101 Dalmatians. My mom decorated a wagon for each show so my sister could wheel me on stage.

Lia: What was your first gig?

Micah: My first gig was background work on an episode of Blues Clues. Not long after, I did two episodes of Sesame Street. I had a great time doing both. In 2013, at 15, I auditioned for my first role and feature film. It was for the role of Barry in Labor Day, starring Kate Winslet and Josh Brolin, and directed by Jason Reitman. I went into New York City for two auditions and a few weeks later was shocked to find out I booked it.

Lia: How is the accessibility on set, shooting different scenes? Any fun stories you can tell?

Micah: The producers have done an amazing job making sure that everything on the set is accessible to me. I even have this really cool trailer that has a ramp off the back that allows me to get my wheelchair inside and to set up a hair and makeup station on my back porch.

Lia: Any tips for aspiring actors? 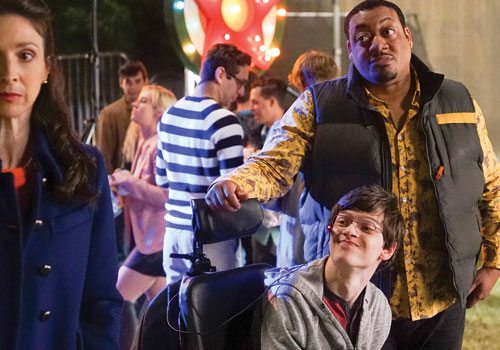 Micah: Believe in yourself first! When following your dreams don’t set limits on yourself; persevere and chase them even when it looks impossible, and keep believing in yourself!

Lia: If you weren’t an actor what career would you pursue?

Micah: If I weren’t an actor, I would pursue developing video games.

Micah: Not really a hidden talent, but I know a lot of Star Wars’ facts.

Lia: What was your experience like with the audition for Speechless?

Micah: About a year and a half ago, my agent asked me to send in a “personality tape” for an “untitled Scott Silveri project”. I put together a tape of me just talking about myself and joking around. A year later, January of 2016, they had requested another personality tape for the same project—then titled Speechless. A few days later the agent said the casting director was sending some scenes over. I spent an entire Saturday putting together the audition tape of the six Speechless scenes. My parents verbalized all of the other character’s lines (off camera) while I reacted to all of the dialogue on camera. The agent told us they loved the tape and would be in touch. Two months later, I found out I booked the role of JJ on my 18th Birthday. Best birthday presnt Ever!

Lia: Have you done much traveling, and if so, where?

Micah: I have been to England, to Bermuda, to the Bahamas and on a Celebrity cruise and a Disney cruise. I have traveled to several states on the East coast and travel back and forth from the East coast to the West coast quite a bit.

Lia: Besides any travel destinations, what else is on your bucket list? ...
Login to read the full article. SIGN UP HERE FOR YOUR FREE MEMBERSHIP
If you are already a member, welcome back! LOGIN HERE