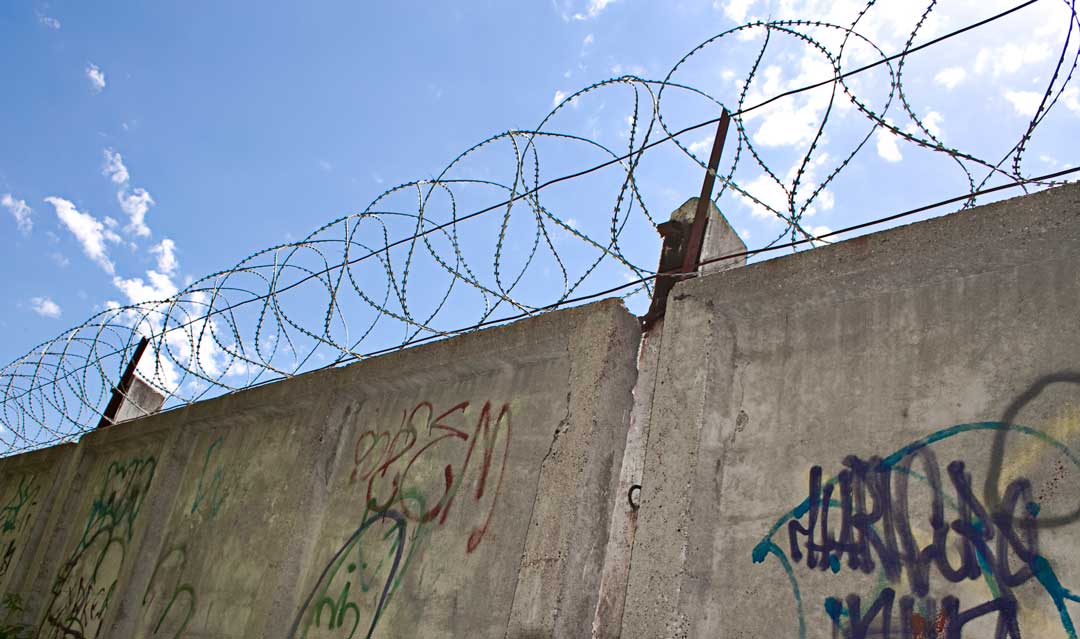 Imagine for a moment that you’re in a foreign country. You don’t speak the language, and you haven’t met anyone who speaks English. You’re arrested — you might not even fully understand why you were arrested or what you did wrong — and sent to a jail where no one speaks your language. And then you find yourself getting punished repeatedly for not following prison rules or adhering to policies that no one ever actually explained to you, and that you couldn’t ask anyone about.

That sounds like an absolute nightmare. And tragically, it’s a nightmare prisoners with hearing disabilities in the State of Georgia are faced with every single day.

The American Civil Liberties Union and their Georgia branch filed a motion in federal court on Wednesday to pursue a class action lawsuit on the behalf of people with hearing-related disabilities who are currently or were previously incarcerated and served time in Georgia.

The motion illustrates how deaf prisoners are not adequately cared for or provided resources to by the Georgia Department of Corrections, who have thus far failed to provide ASL interpretation that explains prison rules or policy, or visual or tactile alerts indicating daily events or emergency situations, all while those prisoners are faced with harsh and unfair conditions during and after their incarcerations.

The ACLU’s complaint alleges that the George Department of Corrections has violated the Americans with Disabilities Act, the Rehabilitation Act, and the United States Constitution, which specifically prohibits the cruel and unusual treatment of prisoners.

Prisoners with hearing disabilities have no way of learning rules, or taking part in religious functions, or attending (or even learning about) courses required by the State of Georgia for inmates. And worse still, those prisoners are then punished for not knowing about these things or for not following verbal commands, which they never had access to in the first place.

The ACLU explains that these prisoners often miss rigorously-scheduled meals and showers. They have limited access to needed (and even life-saving) medications. The Georgia Department of Corrections simply does not provide the resources these prisoners truly need.

“American Sign Language and English are entirely different languages, complete with their own grammar, syntax and structure,” said Talila Lewis, Volunteer Director of Helping Educate to Advance the Rights of Deaf Communities (HEARD). “Georgia’s decades-long failure to provide qualified interpreters for imprisoned and returned people whose first or only language is ASL makes it all but impossible for them to access essential information about their cases, mandatory classes, prison policies and procedures, health and mental health care, parole and probation requirements, support after experiencing physical or sexual assault, and much more.”

“We are enormously grateful to HEARD for its years of work elevating the stories of incarcerated deaf people, and leading us to this case. All the deaf people we were in contact with had been denied their right to communicate – with their attorneys, with their families, with medical personnel, with parole and probation officers,” said Susan Mizner, Director of the ACLU Disability Rights Program. “As a result, they have longer sentences, higher recidivism, and, we believe, high rates of being wrongfully incarcerated. Deaf folks are a clear example of how the criminal legal system fails to accommodate people with disabilities.”

Georgia’s recidivism rate stands at roughly thirty percent, which is relatively low for the United States, a country with an overall recidivism rate 76.6 percent. But convicts with hearing disabilities still face a slew of challenges that able-bodied former convicts will never have to encounter.

They often cannot communicate with their attorneys or parole officers. They have limited or no access to probation guidelines. And they also have limited access to information and resources that can help them reintegrate with society and avoid a return to prison.

“Everyone deserves a second chance. Deaf individuals deserve the same opportunities as other incarcerated individuals to access educational and other programs that can reduce their sentences, get out of taxpayer-funded prisons, and rebuild their lives,” stated Sean J. Young, Legal Director for the ACLU of Georgia. “Central State Prison’s failure to provide those opportunities constitutes cruel and unusual punishment in violation of the Eighth Amendment of our U.S. Constitution.”