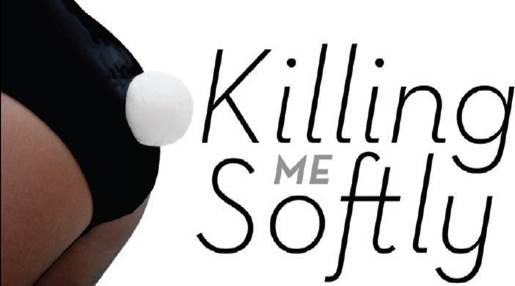 Recently I found out that I’m dying. The news really dampened my day. My doctor says that everyday I’m alive, I get closer to death; he predicts I may not make it past 90. Wow, dying. Now it’s all I can think about. Fortunately my spirits are high. As God is my witness, I’m gonna beat this thing.

Death is a touchy subject. I’m like Oscar Wilde, the only thing I want dead is the food on my plate. Too bad death is not something you can skirt around—like jury duty. When your number’s called, it’s “go time,” usually with no time to pack. What would you take anyway? A bathing suit? Dental floss? That’s what makes dealing with the inevitable so hard; you may not get a chance to say your goodbyes, or collect the money people owe you.

In all honesty, I don’t think I would like to know my expiration date. That would put me on edge. I’d probably be asking people, “What’s the date today?” Although on a lighter note, I could skip out on my bills.

I hope I don’t die because I did something stupid like Franky B., who leaned out of a car window and was decapitated by a telephone pole support wire. The car’s intoxicated driver, John H., drove nearly 12 miles home with his headless friend in the passenger seat, parked in his driveway and then went in to bed. A neighbor saw the bloody corpse in the car and notified police.

Here’s another one: Kenneth P. died of acute peritonitis doing something beasty with a stallion. The case led to the criminalization of bestiality in Washington State. This is why parents always warn kids not to horse around.

The TV show, 1,000 Ways to Die, has a slew of people who’ve croaked in a crazy fashion, from drinking their own waste to seeing how far an ice pick will go up their nose. The moral of the story is: There’s a lot of stupid dead people, don’t be one of them.

Fatal stupidity is nothing new. In 762, a Chinese poet supposedly tried to kiss the reflection of the moon beside the boat in which he was travelling, fell overboard and drowned. And sometime during the Renaissance, an Austrian man succumbed when he broke his neck tripping over his own beard; it was 4.5 feet long. I guess if you don’t make a name for yourself while you’re living, you can make one dying.

Is dying the end all? Atheists swear that there’s nothing left after you die, but I find it difficult to believe. They’re allowed to swear because they have no one to answer to. A Godless world is not my cup of tea. It would mean that every painstaking headache I’ve endured, every kind act I’ve done and my whole Catholic high school career were meaningless. I mean I could’ve gone to a school that had chicks.

Some religions believe in reincarnation. I would be pretty pissed off if I busted my ass my whole life and put up with my stinking job, only to come back as a bullfrog. Now if I came back as Hugh Hefner…

I’ve heard about folks who have near-death experiences, get to the afterlife and see a flashback of their whole life. Wow, talk about a horror film! I just can’t imagine God and the angels sitting around eating buttered popcorn and watching my life story. I would have to hide my head in shame as every terrible thing I did popped up on the screen: a string of drunken nights on the town, a couple tawdry flings and other embarrassing predicaments. That’s all I can tell you; you’ll have to see the movie. I hope I get to make a director’s cut.

They say when you die you “pass on,” which makes life sound trivial. It’s like you just breezed by to do a few things and then you “passed on.” How fun was that?

Will I leave this world a little better than when I came into it? I’ve read some of my articles in ABILITY Magazine and heard some of my jokes, so I’m on the fence here. Sometimes, I’m afraid that when I do die and see that big, bright light, it’s really going to be a train coming at me.

I don’t think we should fear death. We’re all going to die. Redd Foxx quipped, “Health nuts are going to feel stupid some day, lying in hospitals dying of nothing.” Anyway, it’s said, dying is easy, comedy is hard. Woody Allen put it like this, “Dying is one of the few things that can be done as easily as lying down.”

Dying is a part of life. If you obsess about it, you’ll miss out on the living and your life will make a really boring flashback. 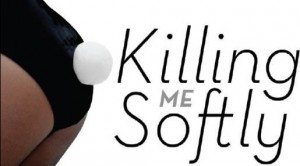