You be the Judge? 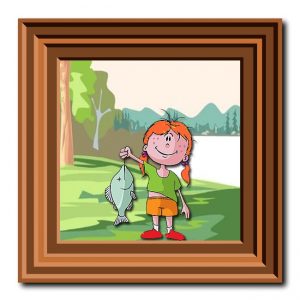 I gave a speech entitled “Don’t Judge A Book: Uncovering Unconscious Bias” to a group of people who work at non-profits. I’ve given speeches on variations of this subject to other groups and one thing I know for certain is that this topic is very tricky.

It’s called Unconscious Bias for a reason, it’s unconscious. The meaning of that alone is a huge clue—we are unaware of them. And it’s not a bad thing that we have them. Our unconscious biases serve a purpose; they get us through our day (hopefully) in one piece.

Everyone is faced with up to 11 million pieces of information at any given moment, according to Timothy Wilson, professor of psychology at the University of Virginia and author of the book Strangers to Ourselves: Discovering the Adaptive Unconscious. Our brains can only process about 40 of these pieces effectively so we create shortcuts and use past knowledge to make assumptions. These assumptions are what we refer to as our Unconscious Bias.

So you see it’s not prejudice or discrimination, it runs deeper than that. No matter how good your intention—I dare you to get through a day without an unconscious bias. You couldn’t nor is it necessary except when a bias turns into a judgement against a person or group of people. They can even inhibit you personally.

Most people want to think of themselves as open-minded. I have yet to come across someone who has never ‘changed their mind’ about anything. My point? We tend to think of ourselves as flexible, fair, and unbiased. The truth is we aren’t. Every one of us is biased.

I had a brain tumor in my brain stem that decided to rupture and require removal a few years ago. I knew it was there long before. A doctor once told me “Go live your life. There’s nothing you can do to make it grow and there’s nothing you can do to stop it if it does.” How, exactly, was I supposed to do that? I was hyper-aware of its presence. I learned to go on through trial and error. With the support of the group around me and with determination, I went on to have many adventures.

That is the recipe for overcoming an unconscious bias. First you have to be aware, and it might take someone (or a group) telling you, that your unconscious bias is negatively affecting something. Then you have to be willing to see things from another point of view which can seem outrageous and even wrong. With trial may come error, but determination will be your friend.

I’ll give you an example of an Unconscious Bias that wasn’t harming anyone:

I was at a family cabin when I was about 6 years old. My older sister, who was also my idol, had instructed me to dig up worms that we would later play ‘school’ with. As I set about the task, my Uncle Art (TaleSwapper, I would later dub him), asked me to come to the end of the dock and hold his fishing pole. He had to get the grill ready but thought a fish was there just waiting to be caught.

I left my wriggling pupils to hold the line. Nothing was happening except my worms were escaping. And then I felt the tug. Uncle Art threw down the lighter fluid and helped me reel in my first Northern. A picture to commemorate the day hangs on our family heirloom Christmas Tree to this day. Never thinking I was much of a ‘Fishing Pro’, I learned that with patience you may find what you thought you needed to do isn’t always what pays off. After that I was more aware of my surroundings, more a part of the world.

Cut to a holiday scene when I was 25. My sister was trimming that tree when she said “Oh look, here’s the picture of you with that fish you thought you caught”. What?! I thought I caught?! It turns out my Uncle Art caught that fish and let me take the credit. I know this now because you don’t just plunk in a hook and snare a Northern, you have to troll for them. I felt my world collapse a bit. What else had I been foolish enough to believe? I came around to the realization that no one had done anything to hurt me, in fact I’d been a bit braver because of catching such a ginormous beast all those years ago. Unconsciously I had worked into my personal narrative to be bold and try new things; that trusting others to help ‘reel in the big one’ was okay. I have tried new things and I believe in a collaborative process. Did I learn that from catching a fish? Not fully, but it became an example to help form an unconscious bias.

Now let’s look at an Unconscious Bias that negatively impacted me:

One snowy Minnesota morning I woke up to find my Grandma making breakfast. Mom had gone into labor early and had lost the baby; she would stay at least one more day in the hospital. If that wasn’t enough, my dad was injured in a car accident coming home from work later that day. Both of my parents were in the hospital. When we went to visit, they wheeled my Dad into my Mom’s room. These two pillars of my world both looked pale, weak, and sad. When they came home, at different times, they were both pushed out in wheelchairs. From that point on I associated wheelchairs with hospitals and sick, sad people.

When I was told I would need a wheelchair I think I heard ‘You will forever be confined to a chair and remain a sickly sad person all the rest of your days’. I didn’t want anything to do with a wheelchair, let alone an electric chair. I went without one for a month and then conceded to a borrowed chair ‘for now’. Walking with a walker wasn’t easy, but I could master it, right?! I was certain I would walk again and that all the hoopla was for nothing. I eventually got my own chair, a really nice manual, TiLite, chair. As a hemiplegic with tremors, I am weak and shaky on my right side. Using a manual chair proved too frustrating. I finally found my independence in my EZ Lite Cruiser.

It had to be pointed out to me that ‘my ride’ did not define me. Instead it elevated me to active status again. Wheelchairs are extremely cool and they come in all kinds of styles. They are not just for hospitals or sick people. But I harbored an unconscious bias against them that was so strong it left me dependent and alone for a couple of years.

Unconscious biases abound. But we don’t have to be ruled by them. We just have to be aware that we all have them, and we can change them. I have found research into this topic to be fascinating. It seems the more I dig, the less I know.

How have your biases influenced you for good or bad?  By clicking here you can test your own biases.

Find out more about Unconscious Bias Towards People with Disabilities in the Workplace.