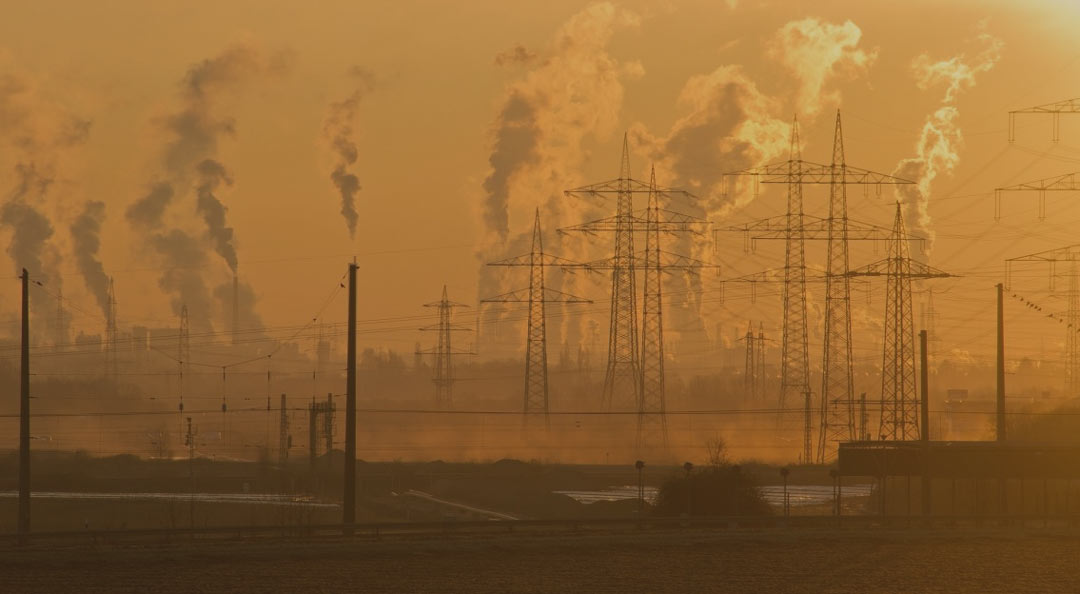 “You know what this sky really needs? More smog and filth in it.”

A lot of people think environmentalism belongs solely to Democrats. They’re wrong. Republicans have a lengthy history of advocating for environmental protections going back more than century. It’s really only been more recent Republicans — the GOP of the past thirty years or so — who’ve sadly broken that mold.

Theodore Roosevelt, considered by many to be the forefather of contemporary progressivism, was a fierce advocate for conservationism, signing the Antiquities Act into law and creating scores of national parks. He also created the FDA.

“If we’ve learned any lessons during the past few decades, perhaps the most important is that preservation of our environment is not a partisan challenge; it’s common sense. Our physical health, our social happiness, and our economic well-being will be sustained only by all of us working in partnership as thoughtful, effective stewards of our natural resources.”

But sadly, one Republican is actively and consciously attempting to undo all those countless years of bipartisan and nonpartisan progress. His name? Donald Trump. And his presidency has, at this point, all but become a public health and safety risk.

Some of you reading this support President Donald Trump. Other’s do not. Here at ABILITY Magazine, we try our best to stay neutral so far as the best interests of people with disabilities will allow us to. But Donald Trump’s deregulation efforts? This is a disability issue. It’s a health issue. It’s an issue that affects real people like you and me.

In the dog days of the 2016 presidential election, Trump revealed a new campaign promise: his administration would cut 22 regulations for every one regulation added, and he put this pledge into motion in the very early days of his presidency through an executive order.

To date, Trump has rolled back a pretty big swath of government regulations, many of which his administration has deemed as hostile toward the interests of the private sector. But the bulk of these deregulations prioritize big business over the integrity of our environment, and it’s quite frankly putting the American public at risk.

One of Trump’s earliest and most fiercely-debated deregulatory efforts involved rescinding a law that prevented coal mining companies from dumping waste into rivers and other waterways. Another move, which involved the Supreme Court, attempted to gut an Obama-era regulation protecting clean water.

You don’t need to be doctor or a scientist to understand that environmental protections are about a lot more than protecting the planet. These are laws that directly impact the lives of every American.

Environmental regulations help prevent asthma, chronic obstructive pulmonary disease (COPD), cancer, emphysema, skin diseases, and so much more. Clean air and clean water play central roles in the prevention of countless health issues. It can safely be stated as a fact that rolling back environmentally-protective regulations can and invariably will result in more Americans developing disabilities over time.

And for those who rather inexplicably aren’t concerned with the threats to public health and safety, prioritizing economics over human life, you should know that rolling back clean air and clean water regulations can have negative impacts on businesses, too.

Small businesses may suffer the worst. Those businesses that rely on clean water every single day will be forced to invest heavily in water purification. Some businesses may be forced to relocate due to dirty, smelly air. Farms can be ravaged by pollution, too. And that’s before we even consider skyrocketing healthcare costs and their impact on businesses.

Clean water and clean air should not be treated as privileges. The American people should not be exposed to health risks from toxic sludge in the name of economic progress, especially when all of that progress is being experienced only by a tiny handful of industries. Prioritizing the business interests of the private sector over the health and welfare of the general public is frankly indefensible, dangerous, ignorant, and wrong.

Trump is Concerned About Jobs, but Those Concerns are Misplaced

America should be leading the charge on clean, renewable, 21st century energy. But instead, the Trump administration is tossing all of its chips behind a throwback to the 19th century.

Trump has been infatuated with coal industry jobs for quite some time. But why should we fight so fervently for what many believe is a dying industry? Would it not be more prudent to invest in the future rather than attempting to grasp whatever is left of yesterday’s energy?

Coal workers don’t need to face unemployment. Coal plants can be replaced by solar plants. The money saved in healthcare for these horrible mining jobs could instead be applied toward advancing renewable energy and making these newer platforms more robust and efficient.

Without getting into a tangent on campaign finance reform, much of these deregulatory efforts stem from coal industry lobbying. Cash-strapped politicians are all too willing to accept campaign funds from lobbyists, and the appeal of keeping jobs for their constituents makes politicians — Republicans and Democrats alike — all too willing to appease the hands that feed them.

How Many Jobs Need to be Created in Order to Make Up for a Child Developing Cancer?

We, as a society, need to ask a pretty vital question here. It’s one the Trump administration would be wise to take into consideration as well:

Do we value public health? Or do we value profit margins for a select few industries?

This really is a zero-sum game, folks. It’s a binary proposition. It’s one versus zero. We can deregulate environmental protections for “big coal” and other high-pollution industries, or we can defend the health interests of the American people. We cannot do both.

How much money is a human life worth? How much money does a coal company need to earn to offset a person developing asthma or getting poisoned by unsafe drinking water? how many jobs need to be created in order to make up for a child developing cancer? Just how much do we value peoples’ lives?

Look, I get it. Some of you reading this are ardent Trump supporters. My language in this editorial piece is pretty hostile. But these environmental protection rollbacks are not a game. Lives are literally on the line here.

This isn’t a political rant, but a people rant. This isn’t a partisan issue. All Americans, regardless of their political affiliations, should have a vested interest in the health and wellbeing of the American public.

These rollbacks affect your children, and your children’s children. They expose you, me, and everyone we both know to untold, unfathomable risks. This isn’t about Donald Trump. It’s not about Republicans or Democrats, or even politics. It’s about real people living their very real lives and being exposed to unnecessary risk so a handful of companies can rake in a bit more money. And it doesn’t matter where your political loyalties lie.

Advocating for the rights of people with disabilities should be coupled with every effort to avoid the proliferation of disabilities. At the end of the day, this is a magazine focused on the well-being of everyday people. Trump’s environmental protection rollbacks are the antithesis of that mission statement. And all of us quite frankly deserve better.