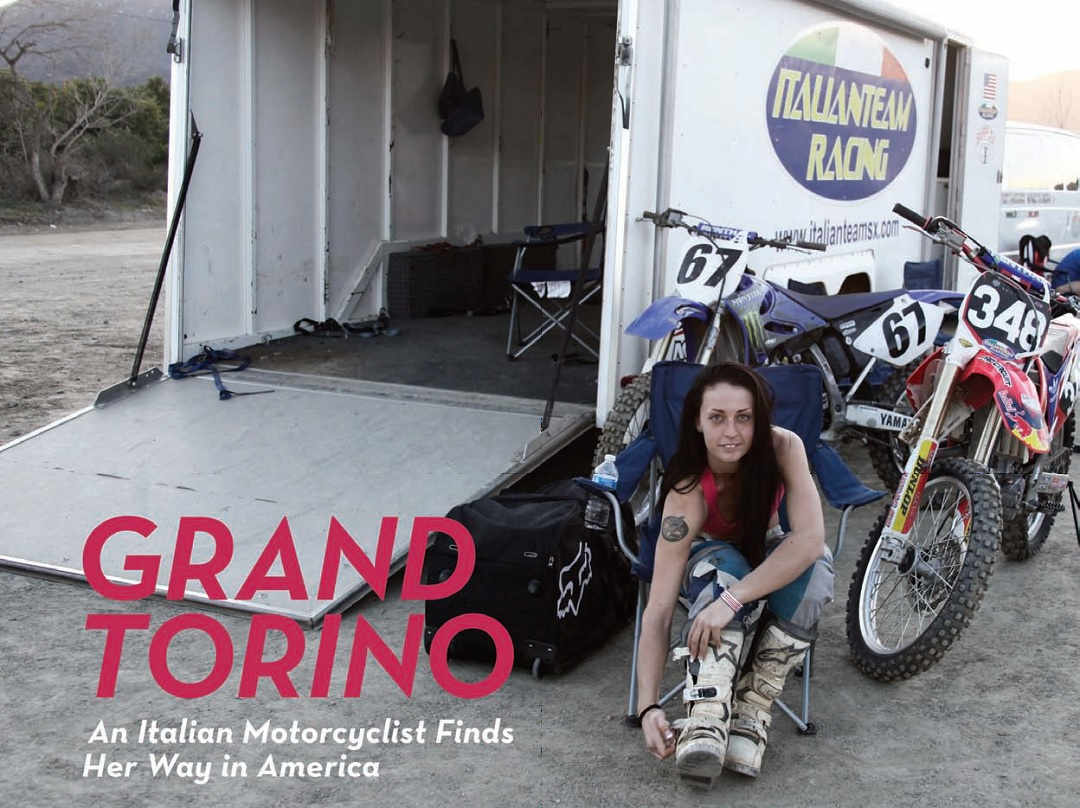 Motorcycle enthusiast and ABILITY’s editor- in-chief, Chet Cooper, was impressed when Eleonora Rivetti sped past him at Pala Raceway in Pala, CA, about 100 miles southeast of Los Angeles. Cooper caught up with her after the ride and discovered that she was an Italian motocrosser. They sat and talked about her riding background. Once again, the road led back to our own Ashley Fiolek.

Rivetti, doesn’t speak English, so Andrea Girardello, her friend, did most of the interpreting.

Chet Cooper: Where do you live in Italy?

Cooper: How does motocross differ between Italy and here?

Eleonora: Here you have a lot of double jumps, which we don’t have. Here, the tracks are clean, and with no holes. In Italy, the tracks are not as well maintained; they are cleaned maybe once a month.

Cooper: Riding on a track like that poses different challenges, and it will certainly test your endurance. I noticed that your technique was particularly good over the jumps.

Eleonora: The track here was easy. In Lake Elsinore (CA), it was more difficult because the jumps are bigger than here.

Cooper: Did you ride on the main track?

Cooper: What do you think about the Vet track in Elsinore?

Eleonora: I prefer it; Elsinore is beautiful.

Cooper: What about the main track here? Did you make the big double jump?

Eleonora: The track is beautiful and very fast, but that big jump is very difficult, and today was windy. Also with a 125 bike, it’s not easy.

Eleonora: Only for today, this was my first time. In Italy, I usually ride a KTM 250 bike.

Cooper: Are you sponsored by KTM?

Eleonora: No, I don’t have a sponsor. It’s very difficult to find one back home.

Cooper: Yeah, riders have that challenge in this country, too. But not Ashley Fiolek. Have you raced against her?

Eleonora: No. Ashley visited Italy to lead a motocross camp for girls. She was the manager of the program, which was sponsored by Red Bull. They coordinated all the girls, and then they had us race. I happened to win. If you go to YouTube, you can find some videos.

Cooper: How did Ashley communicate with the group? Did she have an Italian sign language interpreter?

Eleonora: Her father interpreted for her.

Cooper: So her father interpreted into English, and then someone else interpreted his English into Italian?

Eleonora: I work with my mother and father in their bar.

Cooper: So you work at night and ride during the day?

Eleonora: I work during the day, and maybe race or train with the girls on Sundays.

Cooper: Do you do physical training beyond motocross?

Eleonora: No, I just ride once or twice a week.

Cooper: Is there an advanced women’s circuit in Europe, where you might find a sponsor?

Cooper: Does he ride?

Eleonora: No, my brother does, but not professionally.

Cooper: Can you beat him?

Eleonora: (laughs) Sometimes. I might even be faster than my brother now.

Cooper: I was surprised that you passed me out there. Did you see me yelling, “Get out of the way?” [laughter] No, you were quite fast. Are you part of an Italian Racing team?

Eleonora: No. This trip was organized from Andrea Girardello and Primo, owner of the Italian team motocross vacations. We organized a trip to Califorina to ride MX. The trip started with about 10 people, but grew to about 16 people.

Cooper: Are you going to race here in America?

Eleonora: I want to. In Italy racing is not expensive, but if I come to the US to live, it’s going to be costly. But it’s also my dream.

Cooper: Do you know of any Italian riders with disabilities?

Eleonora: Yes. There is another guy who did not come with us here. He is deaf, like Ashley. He is very fast. But for financial reasons, he couldn’t travel with us on this trip.

Cooper: There’s a part of the X-Games where riders with disabilities compete. Do you know of anybody in Italy who rides motocross or street bikes using a prosthetic?

Eleonora: Yes, in Italy, but I can’t remember the guy’s name. He lost a hand, but rides motocross very fast with the one hand.

Cooper: Have you heard of Ricky James?

Cooper: He became paralyzed in an accident, but they strap him in and he’s off. He’s very fast.

Eleonora: That’s wonderful. How fast are the girls here in California?

Cooper: You’re right up there. I’m not that fast, so I rank myself to the people that are faster, you and Ashley are the fastest women I’ve ever ridden with. 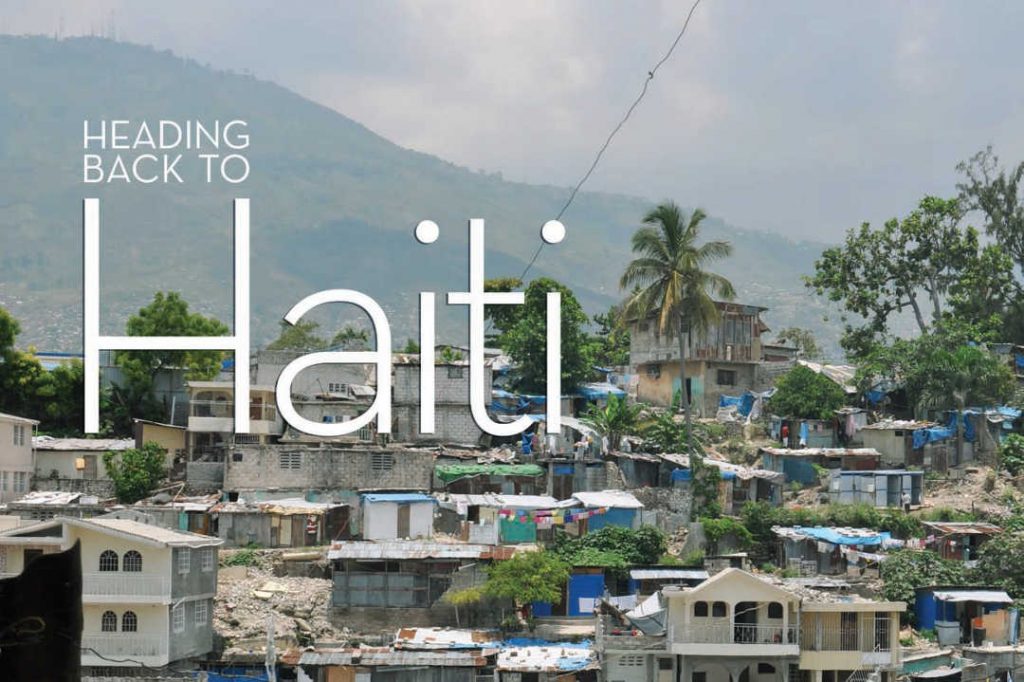 Haiti – Rebuilding After the Quake 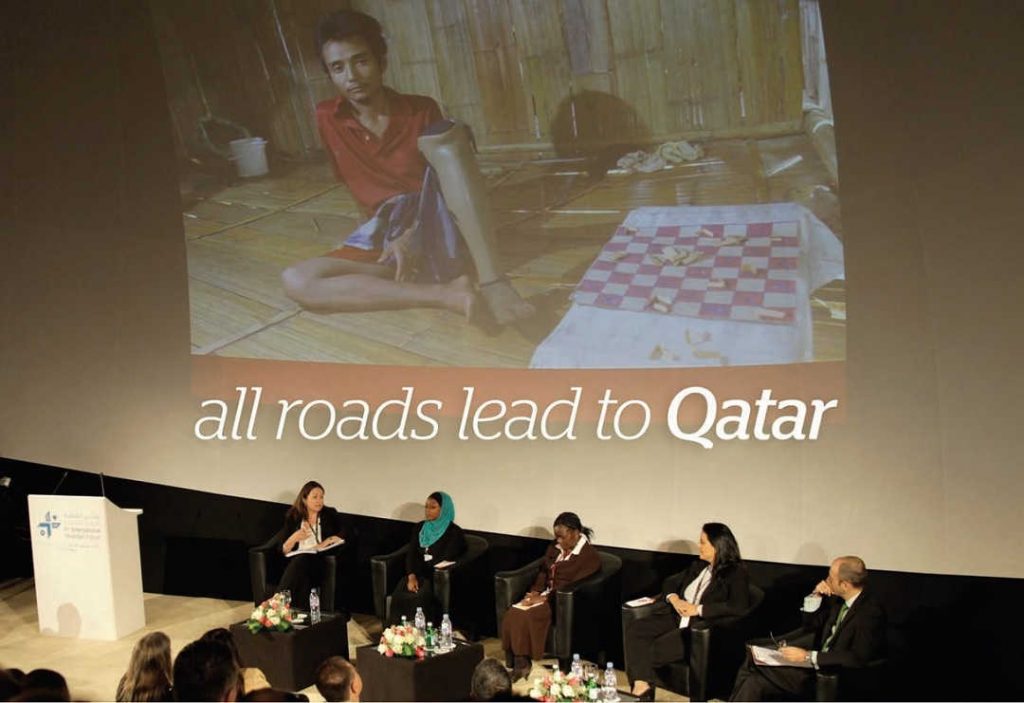 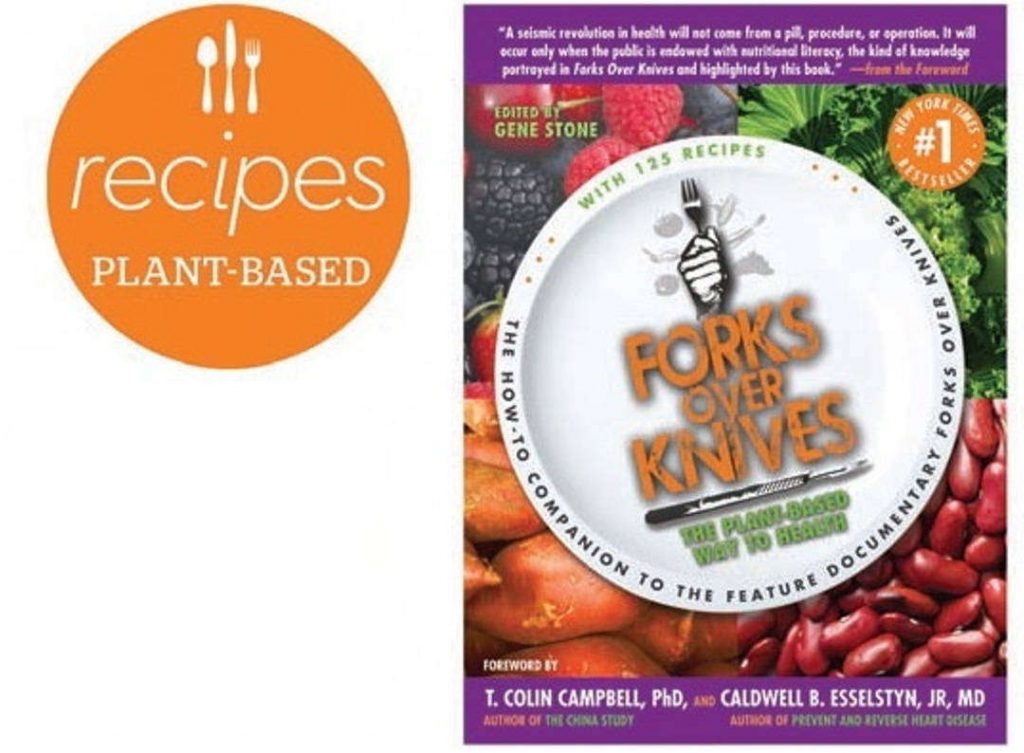 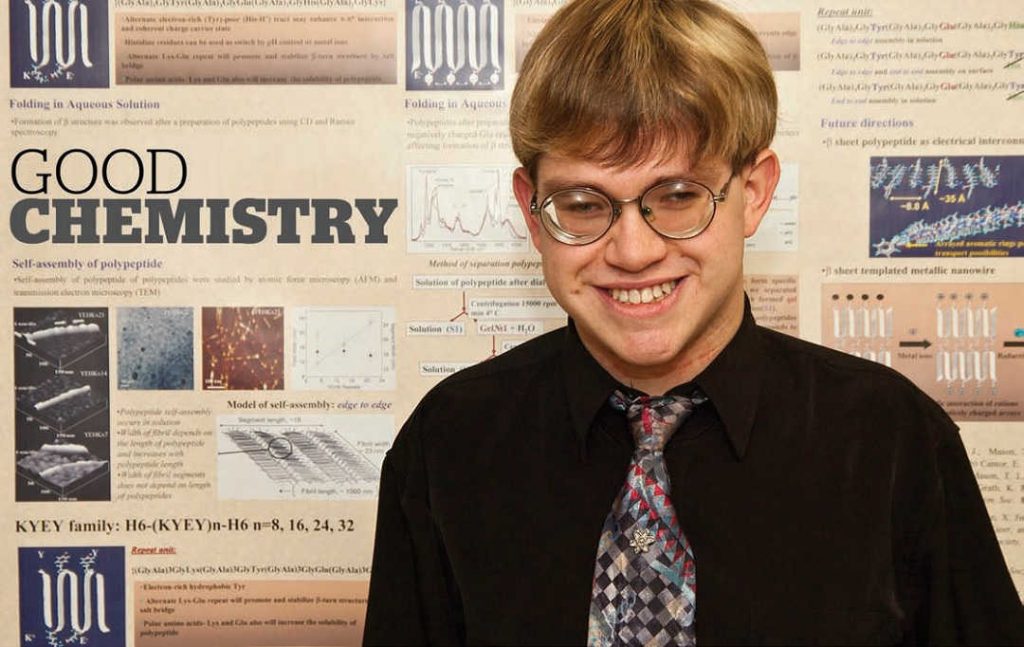 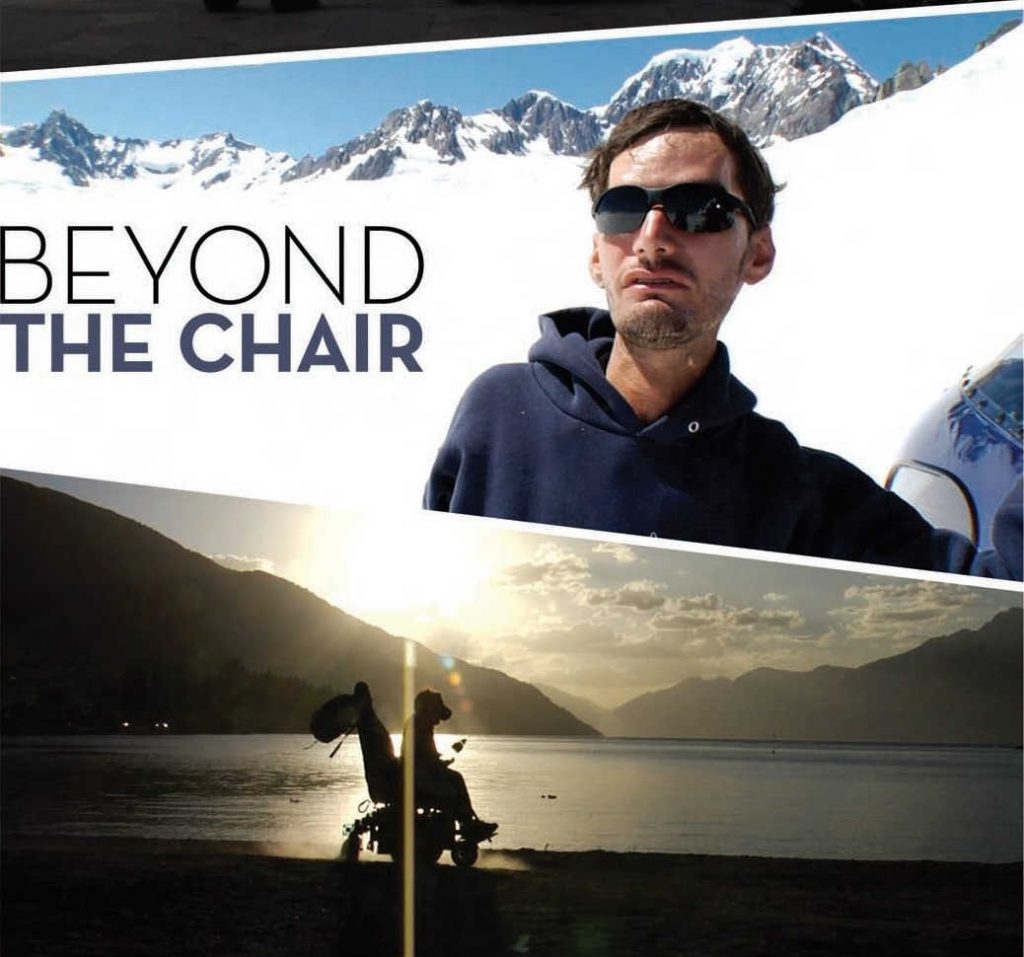 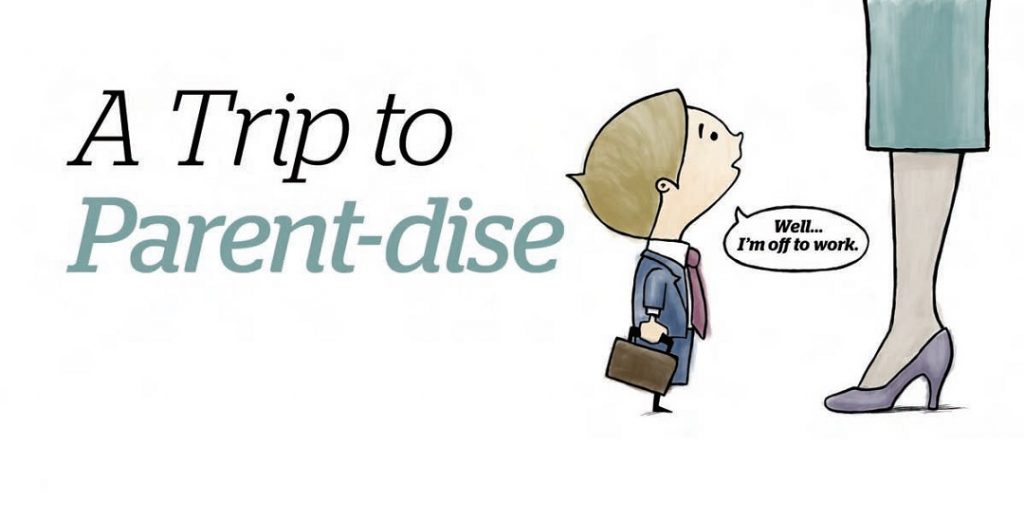