Excerpt: If at Birth you Don’t Succeed 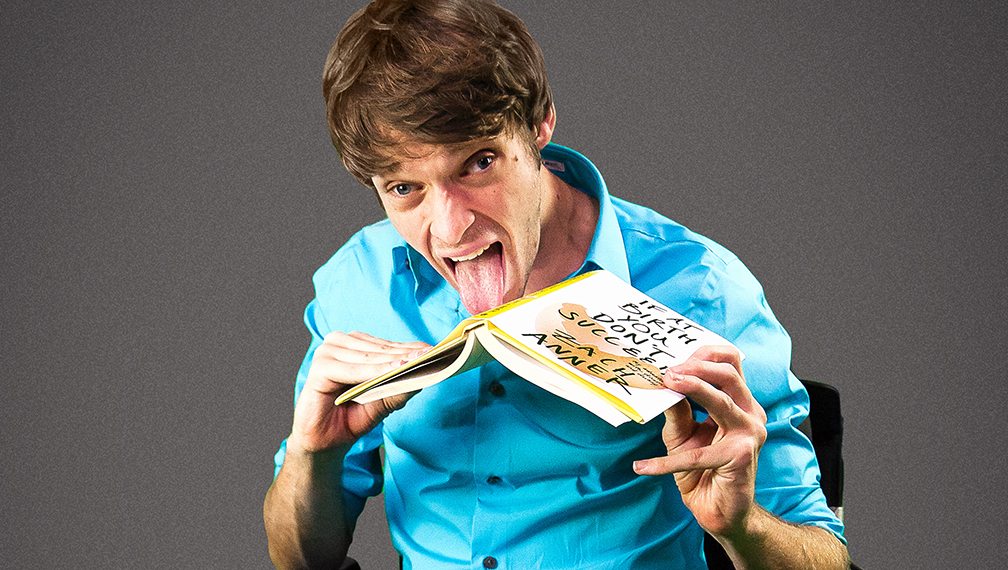 It’s 8:00 a.m. on a Sunday morning and I’m bouncing on a trampoline surrounded by a film crew, shouting jokes into a camera. Soon, the doors of the Jumpstreet trampoline park in Austin, Texas, will open to a flood of children on their way to the best birthday parties ever, but for now it’s empty and cavernous as my friends struggle to steady their cameras and boom poles while catapulting me up into the air like a rag doll. I’m thirty years old and being professionally silly is what I do for a living—or at least part of it.

I’ve been a comedian, hosted travel shows, explored world religions, started improv troupes, given keynote speeches at conferences around the country, and had a milk shake named after me called the Handicappuccino. I was also briefly an Oprah protégé and the subject of a John Mayer song (sadly, it wasn’t “Your Body Is a Wonderland”). Not bad for a guy in a wheelchair who almost

flunked out of kindergarten and whose only degrees are a GED and an honorary “Ducktorate” from the Disney College Program.

But on this cold February morning, I’m a fitness guru and we’re filming an episode of my YouTube series Workout Wednesday. The theme of this ridiculous installment is “Bouncing Back,” and I’m shouting every random esoteric pop culture reference I can think of to sell my audience on the idea that the greatest failures can also be catalysts for triumph. For me, that’s been true from the start.

When I was born, instead of waiting to become an angelic, full-term bouncing cherub, I showed up two months early to my own birthday party as a three-pound, seven-ounce screaming hairless mole rat of a boy, kept alive by a series of tubes that would later become known as the Internet. I take full responsibility for this kerfuffle. Even though my mother was involved in the process, she’d gone through the whole ordeal with my brother a year earlier and he’d turned out great. There’s no denying it: I was a crappy baby who failed his way into this world and I’ve been making the best of it ever since. 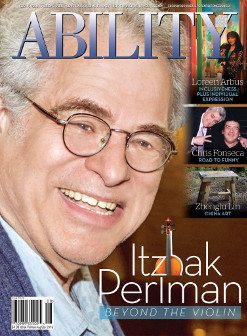 As a result of my untimely birth, I have cerebral palsy, which I guess, if you wanna get technical about it, is a neurological condition that can affect motor skills, speech, and mobility to varying degrees. In my case, it means that my movements resemble that of a marionette whose puppeteer is having passionate maritals behind the little red curtain. I use an electric wheelchair because I have no sense of balance and muscle spasticity has arched my spine like a cat’s, while my legs are really just for show. I also have a lazy eye, but I believe that has less to do with the CP and more to do with the fact that as a baby I was operated on by an ophthalmologist who’d previously performed surgery only on giraffes. With my eyes unable to track, I never read, and I can’t type, so I never thought I’d write a book, yet here you are, reading the first pages of my memoir like a champ. As it turns out, I’m somebody who was born in the wrong month, but at the right time to tell his unlikely—though not unlucky—story.

My success is as much a product of the age we live in as any- thing else. I gained notoriety thanks to a viral video, I got to work for Oprah thanks to the format of reality TV, I traveled the country using suggestions from the Internet, hell, I even met my girlfriend on Twitter. We’ve worked together on this book over Skype and Google Docs, while she was living in Berlin and I was six to nine time zones away in the United States. If I had been born only a few decades earlier, I might have been some mysterious recluse confined to a decrepit mansion who writes poems about what grass must feel like. Instead, I’ve lived a vibrant life and get to share my story with you. ...
Login to read the full article. SIGN UP HERE FOR YOUR FREE MEMBERSHIP
If you are already a member, welcome back! LOGIN HERE