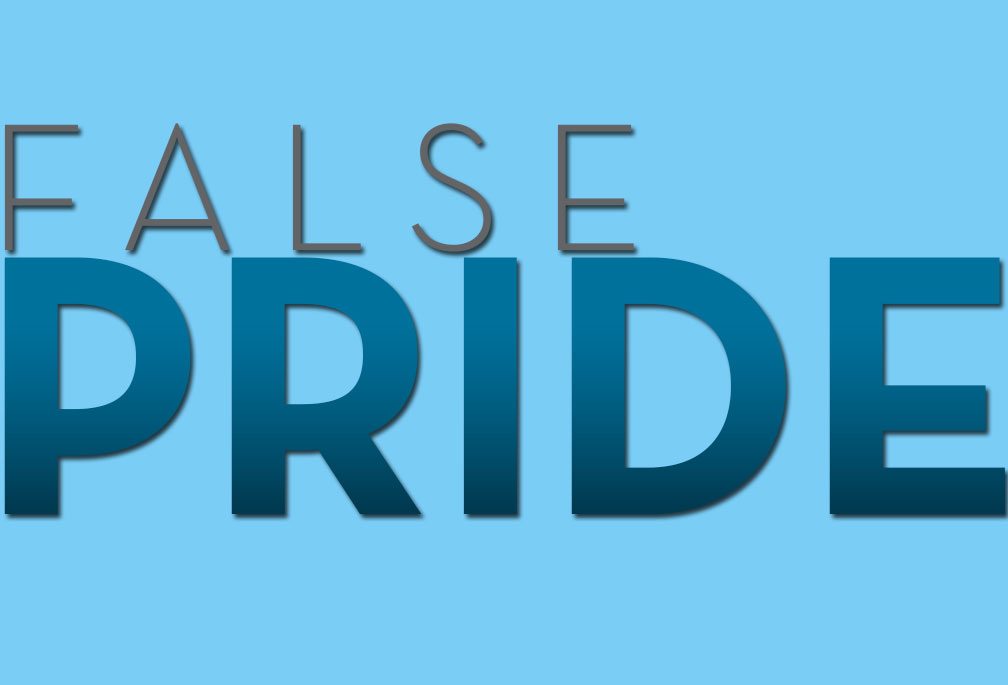 Pride is pleasure arising from a man’s thinking too highly of himself. ~Baruch Spinoza

I’ve had cerebral palsy since birth, which most people perceive as a disability, but which I believe it has put me on a path of monumental evolvement and understanding of the human condition.

From my initial diagnosis at 18 months, to being placed in special education, being bullied and ridiculed by other children, and ultimately being discriminated against in the job market, I have repeatedly bumped up against what others perceive as my disabilities.

I’ve also been exposed to other people’s perceived disabilities. People who are blind, deaf, wheelchair users… Those who have muscular dystrophy, autism, Down syndrome, Bipolar Disorder, HIV, AIDS, or cancer are often viewed as diminished and worth less.

In truth, these conditions are only disabling if you see them as such. This applies to those who have them or live with them, as well as those who don’t, and are looking in from the outside. However, on any given day, any one of us could cross over by acquiring a life-altering disability.

We live in a physical world of challenges, but the real crippling disabilities in life are disabilities of the spirit, which have the potential to threaten our survival as humankind.

They include but are not limited to:
• Hatred • Envy
• Prejudice • Loss of faith
• Bullying • Despair
• Deception • Hypocrisy
• Greed • False Pride

Most of us can identify with one or more of these disabilities in one way or another, but the one not everyone fully understands is false pride.

We are more familiar with other false ‘hoods like false security, false prophets, false alarms and false teeth. Each of these terms tells us that the thing being described is not the real deal.

So, what is not true about pride? Is not someone’s pride and joy something to feel good about it?

Our children can be our pride and joy. We can take pride in a hard-won victory, like graduating from college or finishing a grueling marathon.
Feeling proud of our accomplishments gives us a wonderful rush, but when we are prideful for the wrong reasons, then that is false pride and it carries serious consequences.

The reason I have singled out false pride is because we are seeing a lot of it in our recent elections—during the campaign and after.

We witnessed it during the campaign where millions of people arrogantly believed that one candidate would win the election hands down. Then in the aftermath, we’ve dealt with more false pride in what has felt like the “winners” gloating, and the “losers” scrambling to understand how they bungled an election that they should have had “in the bag.”

Many of us have come to realize that we took false pride in our nation’s seeming progress in such areas as race, gender equality, and religious tolerance. We thought we were well beyond the us-and-them polarity of bygone eras.

True pride is only attainable when we do not bring harm and pain to ourselves or others. Unfortunately this election has opened a Pandora’s Box of rampant false pride from all sides.

America hasn’t been so divided since Civil War broke out between the North and the South in 1861. After our most recent, bitter campaign season, however, we are once again charged with coming together as a nation, showing respect for one another, and reigning in such disabilities of the spirit as hatred, bigotry and despair.

I am all for peaceful demonstrations and movement towards a kinder, more tolerant society. I understand the power in admitting the error of our ways, and becoming more tolerant of ourselves and others. That said, I firmly believe that what is at the root of all false pride is fear: fear of what others will think, fear of failure, and fear of losing our faith.

No matter where we are headed and what transpires, the 2016 presidential election has proven to be a catalyst in bringing to the surface the bigotry and racism that has always been here, albeit hidden and smoldering. We have an opportunity to show the rest of the world that America will not tolerate hatred, bigotry or bullying of any kind. As a certain First Lady affirmed: “When they go low, we go high.”

We must ponder the flight of the American eagle and soar higher, gaining strength and perspective in overcoming disabilities of the spirit. America was built upon the Constitutional rights and liberty of all Americans. We’re not there yet, but if we learn to really to listen and accept one another, we can grow and evolve into better human beings. And that is something we would all be proud of.