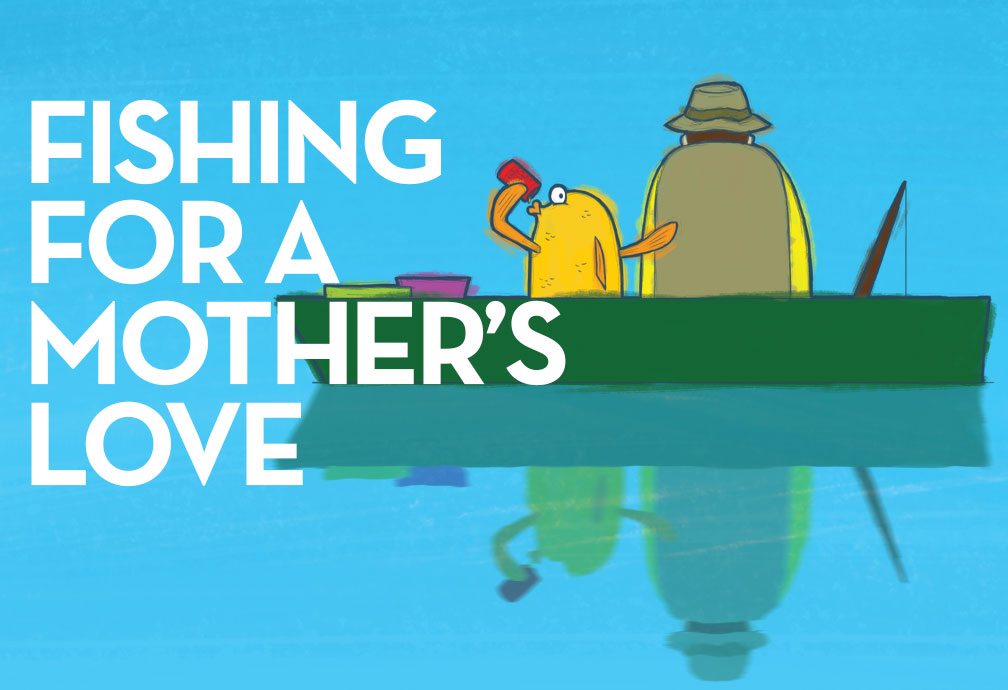 I had decided to go fishing that day. It seemed like a good thing to do; to get away and clear my head. I wanted to spend a little quiet time with myself. Besides, I wanted to prove something, that I could catch a fish. Not just for me, but for my mother. I wanted to bring home a beautiful fish for her.

It was gorgeous day. As I journeyed out on the boat, just me and my thoughts, I passed some other hopeful fisherman in a boat that waved to me. For some reason, when people are on a boat they always wave to you. But if you put these same people in a car, they would flip you off or run you over. Maybe everyone should be driving boats to work. I guess humans are just more relaxed on a boat; either that or they’re just drunk (And everybody’s happier when they’re drunk).

I had been out on the water for several hours, but nothing was biting. Maybe it wasn’t my day. Suddenly, I felt a tug on the line. ? We fought back-and-forth. He pulled, ? I pulled.?He yanked,? I yanked.? He shimmied,? I shook… and we were both out there having fun… in the warm California sun.

The battle raged, but somehow, I managed to pull the monster in. It was a twenty-two-inch sea bass with big puffy lips. We wrestled for a moment as I freed him from the hook. And eventually, through all the flips and flops I managed to get him into the cooler. I was exhausted and ecstatic. The dumb fish had no clue who he was tangling with. Game over.

I cracked open a beer to celebrate my conquest. I sat there looking up at the sun. The warm rays dancing on my face. I was glowing, proud of my catch. Someone had to win and I deserved it, I had never caught a fish before.

I heard a noise behind me. It was a rustle which moved into a faint flapping. I assumed the wind a kicked up, rattling something on the boat. Maybe it was the waves slapping the hull. I went back to my beer. Then, out of nowhere I heard a voice.

“So, what brings you to this neck of the woods?” a voice casually bellowed.

Stunned, I dropped my beer and spun around. I was surprised at what I saw. Much to my amazement the fish had found a way out of the cooler and was now sitting on the back seat staring at me. He looked very relaxed, unfazed by his surroundings. I was shocked. Not only that a fish could talk, but that he was curious as to why I was here.

“Catfish got your tongue?” the fish quipped.

“Well I… I just thought it would be a nice day to fish,” I cautiously responded, not sure if this was really happening.

“Well, aren’t you just the go-getter,” he quirked.

“Excuse me?” I asked trying to verify the wise crack.

“It is a nice day to fish. It’s a beautiful day. The sun is out. There’s a warm breeze. Not a cloud in the sky. Who wouldn’t want to fish today? How long you been a fisherman?” he inquired.

“Oh, I wouldn’t call myself a fisherman. I’m actually a copywriter for an ad agency,” I continued. “Fishing is more of a hobby. I don’t really do it much. Actually, you’re the first fish I’ve ever caught.”

“Well ain’t I the lucky bastard? Just think, I was just swimming around, going about my day, minding my own business and the next thing I know, someone is yanking me out of the water with a rusty hook in my mouth. What a joy to have my whole day interrupted so that I could come up here and shoot the bullshit with some hack slogan writer.”

“Aren’t you cute? A seventies Starkist Tuna reference,” he said rolling his eyes. “I doubt an idiot like you was clever enough to come up with that one.”

“There’s no need to be rude,” I blurted.

“Hey, how would you like it if you were sitting on the couch and pepperoni pizza was dangling on a string in front of you and when you bit into it ya got hook in your gums?” the fish snarled.

“Well I, I, I,” the fish mocked in a sing-song tone, “Ya wouldn’t like it, princess. I’ll tell ya that.” ...
Login to read the full article. SIGN UP HERE FOR YOUR FREE MEMBERSHIP
If you are already a member, welcome back! LOGIN HERE