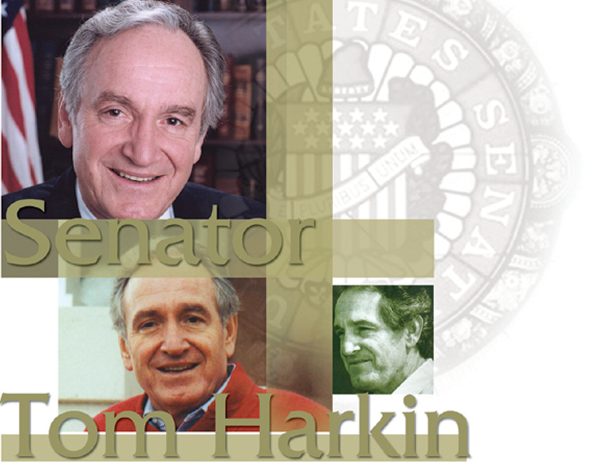 FULFILLING THE PROMISE OF COMMUNITY LIVING

At a recent roundtable of the Senate HELP Committee, Emmanuel Smith described the challenges he faced growing up in Iowa with brittle bone disease. All his life, he feared that if he were to incur an injury, it would limit his independence and force him into a nursing home.

The freedom to choose home and community-based services as an alternative to nursing homes and other institutional settings is critically important for Emmanuel and millions of Americans who live with disabilities. Thanks to the Supreme Court’s ruling in Olmstead 15 years ago, full integration in society—a central tenet of the Americans with Disabilities Act (ADA)—was resoundingly reaffirmed.

With the passage of the ADA 24 years ago, and the Olmstead decision, which followed less than a decade later, our responsibility to people with disabilities is clear: We must ensure that they are provided with the choice to live in their own communities, and get the necessary support to do so.

When Congress passed the ADA, we described the segregation of people with disabilities as a serious and pervasive form of discrimination. In fact, the ADA clearly states that no person with a disability “shall, on the basis of disability, be excluded from participation in, or be denied the benefits of, the services, programs, or activities of a public entity, or be subjected to discrimination by any public entity.”

One of the most important aspects of the ADA is the “integration mandate.” In Olmstead, the Court ruled that the unnecessary segregation of individuals with disabilities in institutions was a violation of that mandate. Simply put, preventing people with disabilities from living in the community constituted discrimination and a violation of civil rights. Indeed, the Court wrote that such segregation not only isolates people with disabilities, it also “perpetuates unwarranted assumptions that [they] are incapable or unworthy of participating in community life.”

Study after study has shown that home and community based care are not only what people want, but

also are more cost-effective. Problems remain, however, despite the Olmstead decision. An investigative report that I released last year showed that more than 75 percent of states spend a majority of their long-term care dollars on institutional care and support, while more than 200,000 Americans with disabilities under the age of 65 remain unfairly segregated in nursing homes.

To guarantee that states are doing their part to fulfill the promises of the ADA and of Olmstead, I recently introduced the Community Integration Act. My bill will ensure that people with disabilities can choose to live in the community and receive the same supports and services under Medicaid that they would get in conventional institutional settings.

My proposal also holds states accountable by ensuring that they make available homeand community-based services for individuals with disabilities, while prohibits states from making anyone ineligible for such care. Individuals should be able to make a choice about where their long-term supports and services are available, something that my bill makes a reality.

One of the most powerful stories I heard at the recent roundtable was from Donna and Ricardo Thornton. They lived in an institution until their early 20s, had little individual control over their lives, and were isolated from their families. Despite having been in the same institution for over 20 years, they never met each other. Once they were able to leave the institution, they met, married, found jobs, and are now active community members. And they also became proud parents and grandparents.

The Community Integration Act will ensure that individuals with disabilities are given the opportunity to receive their services and supports in a community based setting, where they can work, participate in community life, and play an active role in their communities.

Almost a quarter century since the ADA was passed, and 15 years after the Olmstead decision, it’s time to ensure that the integration for all people with disabilities is promise that we keep.