The Future is Coming — There’s No Way to Stop It 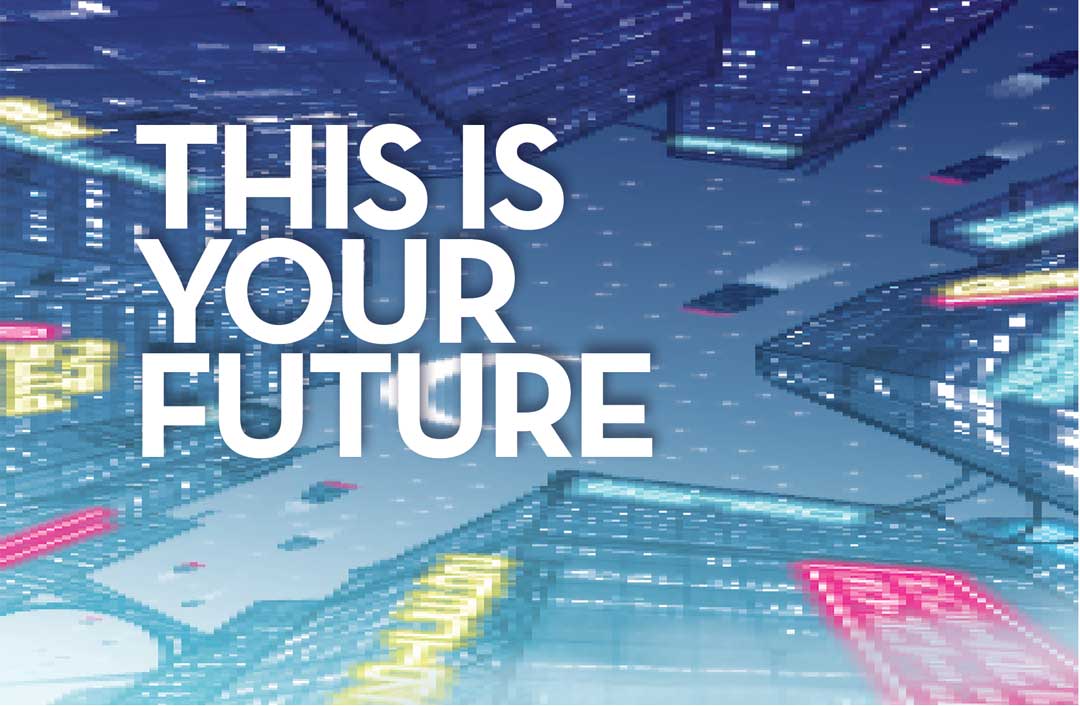 ­­The future is coming and there’s no way to stop it. For close to 10,000 years the horse was the main mode of transportation, until we hit the 20th century, then, the horse was demoted to just a gambling vehicle. Within a hundred years we went from the horse and buggy to the automobile to flying in the skies. Technology is attacking us from every direction. Some good and some bad.

I remember going to the library (that’s a big building with lots of books in it) and leafing through encyclopedias to look up information like… what does a spider monkey eat or how does an elephant sleep? Now days, you just sit on the couch and call out to Alexa for answers to mindless questions. “Alexa, how many miles is it from here to Moscow?” With things like Alexa, soon nobody will need to read. You can lounge around and ask Alexa to tell you what the book The Old Man and the Sea was about. “Oh my God, there’s a whale in it, Alexa. Does it eat a lot of people… like the old man?” you eagerly ask. Bingo, you just saved yourself two or three weeks of reading a book. Now you can act cool in front of your friends by throwing out Hemingway references. I’m not worried about the kids learning to read though. They need Facebook.

Technology is moving at the speed of light. You go out and buy the latest toaster that’s able to send a message to your cell phone letting you know your bread is now toasted. Then, in no time, it becomes out dated and you feel you’ve been ripped off. If you just waited another day you could’ve bought a toaster that butters your toast, then walks it over to the table.

Just when you think there’s nothing else left to invent something comes out and blows your mind. I recently saw a mechanical bed that can sense when one is snoring then it will raise or lower you until you stop the sleep snorting. How many marriages might this save? I’m going to wait for the next version. That one that changes the sheets laced with your snoring drool and then makes the bed.

If you have an invention that doesn’t work by cell phone, shelf it. It’s worthless. Some new cell phones, coming out in the next few years, have a function where you breath into them and they will detect up to fifty-four diseases. That’s crazy. Could you imagine after a bad day where the wife has left you, you’ve been fired, and you totaled your car then you huff into your phone and it tells you that you have Typhoid. Or, how about you’re having a great day where you won the lottery then you breath into your phone and it reads, “Congratulations, you have been diagnosed with Ebola!” That could very well dampen your day. What if you’re in the midst of a phone conversation wishing your mom “Happy Mother’s Day” and your cell informs you that you of some disease. “I gotta go, ma. I think I have Meningitis.” Your mother responds, “Well, have some chicken soup and a glass of ginger ale.” You inform her “Mom, my phone says I only have twelve hours to live.” On the Brightside, they’ll be less doctor bills. I can see me sitting in front of my phone, sweating, trying to build up the courage to get tested, I finally exhale into the Samsung and I get a text that reads, “Halitosis. Damn, does your breath stink!” I’ll take it. Beats Cholera.

There is already an app called “moodies” which can tell which mood you’re in. Do we really need this? Come on, it’s common knowledge that everyone’s always in a bad mood. Hopefully the app will be able to send someone else’s mood to you. “You know Bob, I think I will have that beer with you after work. My wife’s mood was just sent to me and “grumpy and pissed” is not something I should be rushing home to.” What’s next? An app that tells you how hungry you are? How tired you are? How frisky you are? “No sweetie, the app says it’s cuddle time?” Or, “Honey the app says you need to put on the eye mask and spank me with crop stick.” Soon, we won’t ever have to feel or think. They’ll be an app for that.

Artificial intelligence is gaining a lot of momentum now. Watson, the IBM computer, already helps nurses diagnosing cancer, 4 times more accurately than humans. Yeah, but can Watson give you a sponge bath? If the A.I. makes the “finger in the butt” check-up routine obsolete, I say bring it on. Many of these high-tech computers are beating chess grand masters at their own game. Sounds like us humans are in “checkmate.” When one of these computers can win an argument against a woman, I’ll believe in their power.

In 2018 the first self-driving cars will appear for the public and, in the next five years, you won’t need a car. You’ll just need to punch a button on our phone and, voila, a driverless car pulls up in your driveway to take you to your destination. You won’t want to own a car anymore. No more wasting time filling up with gas, taking it to the mechanics or searching for a parking spot or looking for ketchup pacts between the seats. The big question is who controls the radio in the car? If you’re stuck listening to All Talk Radio station maybe the car payments are worth it.

Uber has pretty much put the taxi service out of business. Thank God, nodding and pretending like you understood what the cab driver just said gets old quickly. So does him constantly saying “my friend.” And, so does that wet body odor smell that’s permeated into the upholstery. Those driverless cars better not have that filthy stench. I can’t see them lasting long. When people don’t own things, they abuse the living hell out of it. Those vehicles are going to be like a cheap motel on wheels. The good thing about a world of driverless cars is they’ll be no more stress teaching your kid to drive or waiting for that phone call that starts out with “Dad, don’t worry, I’m okay, but you know the car you let me use tonight…” Without owning a vehicle, insurance companies will have massive trouble because without accidents, automobile insurance will become 100 times less expensive. Their car insurance business model will disappear and, hopefully, there won’t be so many commercials with Flo holding back on giving Jamie a name-your-price tool.

Electric cars will become mainstream about 2020. Cities will be less noisy because all new cars will run on electricity. You’ll now be able to hear the gun shots ring out. Electricity will become incredibly cheap and clean: Solar production is really becoming ubiquitous. With cheap electricity will come cheap and abundant water. Desalination of salt water now only needs 2kwh per cubic meter (@ 0.25 cents). We don’t have scarce water in most places, we only have scarce drinking water. Imagine what will be possible if anyone can have as much clean water as he or she wants, and for nearly no cost. Smelly people may finally decide to take showers. Now we just need the cost of brewing beer to come down.

On every street corner, building and probably bathroom, there will be cameras. Our lives will be on video. You come home an hour late from work, your wife asks you, “Where you’ve been?” and you tell her, the bank then to Starbucks. Next thing you know, she puts your ID number into the computer and a video pops up of what you were doing throughout your day. Sure enough, you went to the bank and Starbucks, but then it shows you walking out of a massage parlor, with a devious smirk on your face. Smile, you’re on candid camera, you sneaky little dog. We got you, Joe! Blame it on your Mood app that claimed you were “extremely horny.”

Drones will dot the skies. These things will be bringing goods to our houses like groceries, prescriptions, packages, etc. Going out to do errands will become a thing of the past. You’ll have that extra time to work-out. Who we fooling? If we’re too lazy to go get our milk is exercising really in the cards? Well…, you’ll have more time for Netflix. We won’t be concerned of bird’s pooping in our hair, the big fear will be a drone smashing into your head. Who knows, instead of a jetliner being brought down by a flock of seagulls that flew into the engine we’ll hear the tragedy was caused by some twelve-year-old punk’s drone sent up to spy on the neighbor girl laying out by the pool.

This is just a glimpse into the future and it’s right around the corner. Thanks to technology we will all be living longer. An average of 100 years is not out of the question. Do we really want that creepy uncle living that long? Does this mean you’ll have to work longer for your Bitcoin savings retirement? Maybe…, if you’re lucky enough to have a job that hasn’t been given to a robot. And, on a side note, will advocate groups be fighting for the right to marry a robot? It is an ideal partner. It can be programed to cook, clean and won’t put on any weight. I wonder if it gets half the community property if there’s a divorce. I don’t know if I like the future. Privacy will certainly become obsolete. There will be a footprint of everything you’ve done throughout the day; where you’ve been, who you’ve talked to and how many times you checked yourself out in the mirror. The past always seems much better. I was younger and everything just moved slower.