Since I’ve done riding, racing, acting and stunt work, a few of my friends from the recent Marvel show suggested that I go after even more acting and stunt gigs. So I signed up on a number of acting sites, some of them based on my friend’s Sto advice. Isn’t it nice when a plan comes together? I just got a call back, and it looks like I’ll be doing a commercial riding my bike! I’m pretty excited as I start filming soon. When I have all the details, I’ll let you know what to watch for.

I’ve decided that I’m happiest riding and racing, so I’m training for this year’s Endurocross and X games. With the help of Husquvarna, I should have a great bike to ride. It’s good to gear up again after my Marvel adventure ended. When the show hit Florida a while back, I decided to spend time with family for the holidays before heading back to Cali.

I met up with my mom in Sunrise, FL, right before Thanksgiving. It was great to head home and, of course, have a home cooked holiday meal. We always hang out with another family, and get to enjoy both a smoked turkey and deep-fried one. There’s so much food it’s crazy. Kids are running everywhere and pumpkin pie is flying! We were supposed to ride our vast assortment of ATVs during the trip, but of course the Florida weather had other plans: My parent’s 10 acres were flooded out. That was a bummer, but we still managed to squeeze into the house and have a great time. We blasted the remote control cars around a little, but they kept flying into the water and frying out. Oops! 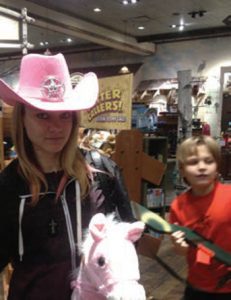 My brother always celebrates his birthday at Fort Wilderness campground in Disney World, so right before Christmas we packed up the motorhome and headed to Orlando. Even the crazy French bulldog got to tag along. The campground always goes a little insane

, and it’s fun to drive around in golf carts and see all of the Christmas decorations. It’s kind of like being in a small city!

I could always find my way back to our motorhome because ours were the only one’s without decorations. My return flight to California was out of New Orleans, so my family and I drove out that way right after the holiday. Mom and Dad wanted my brother and me to check out the city’s culture, because we’d never been there. We had a great time and got to stay on the river. It’s a bizarre city, but the food and sights are amazing! If you’re into oysters, they have some of the best around. You can eat them raw, but they also chargrill them, and they’re delicious like that, too.

In New Orleans, Dad wanted me and my brother to experience this great chicken place called Willie Mae’s. I guess it’s been there forever, but he made us leave the hotel to get there before 10, when it opened, because the lines get so long. I thought he was being ridiculous, but the chicken was amazing and shortly after we got there, sure enough, the lines began to form, so I’m glad we got an early start.

I made it home in time to have a New Year’s Eve party at my house with friends, and we all rang in 2015 together. This winter I’ve been snowboarding like a crazy because the snow at Big Bear has been amazing.

If you see me on the slopes, come on up and ride with me! 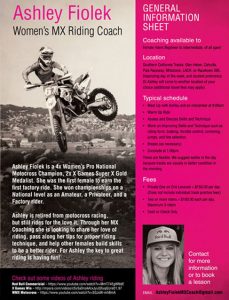