I used to say, “A penny for your thoughts.” Not anymore, though, because I need that money. In fact, I’ve been pinching my pennies so hard that Lincoln’s nose oozes liquid copper. Forget putting in my two cents. Every day I hope my car will stop on a dime so I can pick it up. Money is the root of all happiness. When you don’t have it, you feel as low as the stock market.

I’m trying to save where I can. I don’t buy stamps anymore. When I want to mail something, I put the address of the person or the company I’m sending it to up in the left hand corner of the envelope. Then I just write a fake address where you’d usually put the addressee’s info. Then, and this is the key, I don’t put a stamp on the envelope. When it rolls into the post office, the postal workers see the envelope has no stamp, figure I’m trying to pull a fast one, and send it to the return address. Booya! My delivery gets to its destination, free of charge. Believe me, I’m not as dumb as my brother looks.

Speaking of my brother, I recently had to borrow $2,000 from him, and now the S.O.B. wants his money back. I didn’t realize paying him back was part of the deal. Anyway, I finally got fed up with him badgering me for money, and wrote him a check for two grand. On the back of it, I wrote, “Give me all your money. I have a gun,” so when he went to deposit it at the bank, well, let’s just say I now have five years to pay him back—unless he gets out for good behavior.

Over the last year, I’ve started clipping coupons, but they’re tricky because of all the stipulations. As a result, I’ve developed a new disorder called “coupon rage.” Tell me if this doesn’t happen to you: You stumble across a great coupon for a restaurant offering a buyone-entrée/get-one-free deal. Damn, it looks so good. You get excited. You perk up like a prairie dog. Your tail starts to wag. Next thing you know, you’re spending an hour looking for the scissors, and then you spend another hour cutting out the coupon, because it’s in the middle of the page. You’ve got your coupon and you’re in hog heaven because you’re going to save, like, four bucks. You’re good to go. Life couldn’t be better. Then you go to use your coupon, and that’s when they blindside you with the bullcrap. It generally goes like this:

Snotty Waitress: Yeah, I’m sorry but that coupon’s not good on Tuesday.

You: Yeah, but it’s Wednesday.

Snotty Waitress: Oh yeah, you’re right. It is Wednesday. I could’ve sworn it was Tuesday. Anyway, that coupon’s not good Wednesdays either. It’s only good on Mondays, Fridays and Veteran’s Day.

So you’re angry and your feathers are ruffled, but you can handle the let-down. Slightly embarrassed, you buy a meal for you and your friend and vow to use the coupon soon. Friday comes and you return to the restaurant with your friend, looking to get that extra meal for the price of one. The same waitress is there to take your order. You beam as you hand her your faded coupon.

Snotty Waitress: You again. Yeah that coupon’s not valid now. It’s only good between the hours of one and one-thirty.

Another coupon let-down. They got you again. Your feathers are now extremely ruffled. You’re pissed. You buy another meal for you and your friend. This coupon is not helping you save money, but you’re determined to use the freakin’ thing. You go back the next Friday with your friend at exactly 1:15 p.m., and order the most expensive thing on the menu, hoping to offset the injustice. You finish your meal and, with all the confidence of a wedding singer, hand the waitress your coupon.

Snotty Waitress: Wow. Yeah, you can’t use this.

Later that night, you’re arrested for burning down a Denny’s. When all is said and done, you’ve spent more money than you would have if you had never run across the stinking coupon in the first place.

After many, many coupon let-downs, one would think I’d learned my lesson. Such is not the case. Maybe I’m just a hopeless dreamer. An eternal optimist. A coupon fancier. Or maybe I’m just a cheap bastard. However, I don’t think anyone would ever call me that. Not to my face, anyway.

Most likely, I will continue to pursue these elusive money-saving rituals. Next weekend, some seductive coupon will jump off the page and tease me. I’ll read and re-read the tiny, fine print with my magnifying glass, I’ll Google coupon scams, and then I’ll run the coupon by my lawyer for sneaky loopholes. But, in the end, somehow, I’m going to get coupon screwed and screwed hard. That’s just the dirty world of coupons.

Hear me, and hear me well. These alluring, captivating coupons are the devil’s toys. They even screw me over at the grocery store. I spend all week looking for some knock-down coupon deals. I debate for hours whether I really need the items on the coupons. I eventually convince myself that I do need them, or that I will at some point in life. (I still have some of Tony Danza’s Grease Mousse from the ’70’s, which I got for 75 cents off.) Again, I clip my coupons, stuff them into my leather holder, and head off to the store for big savings.

Snotty Cashier: Yeah, you can’t use that coupon for those type of crackers. You need to get the plain, unsalted, salmongrain-flavored ones.

Me: Okay, where are they?

Me: Yeah, but I have a coupon.

Snotty Cashier: Good for you. Look, you’re holding up the line.

Me: Is the manager here?

Snotty Cashier: No, he’s at his AA meeting. Why don’t you step aside and stuff that crumbled cracker coupon up your butt, you cheap bastard.

So I’m left standing outside, in the parking lot, wondering what just happened. I mumble incoherently, cursing coupons. People walk by, mistake me for a bum and hand me spare change. But I don’t bat an eye, because if someone’s willing to pay me pennies for my thoughts, I’ll take them! 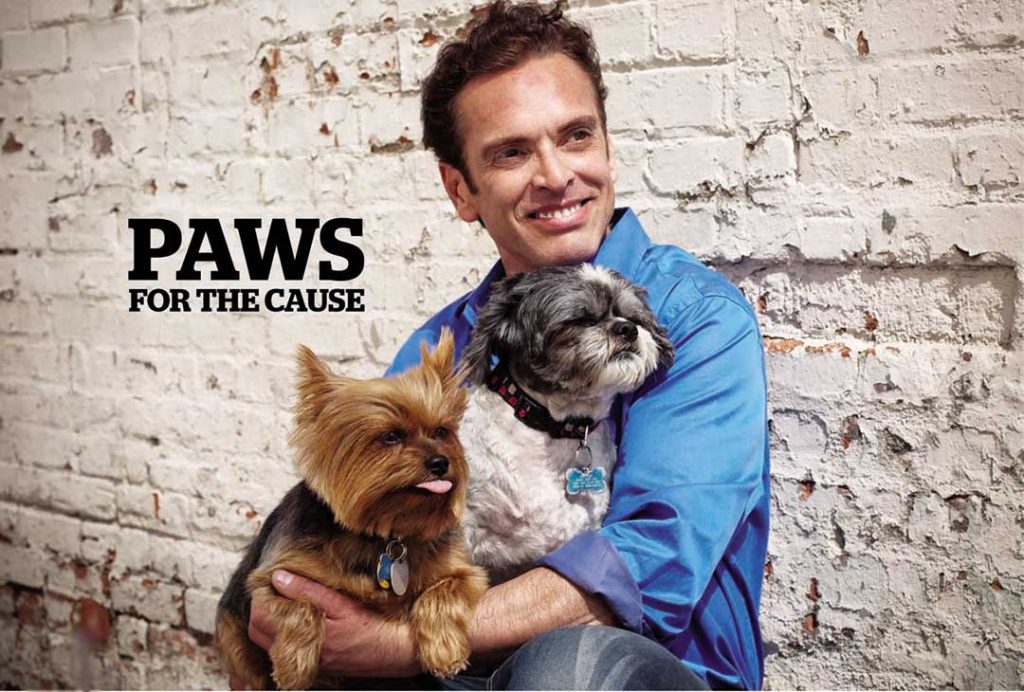 Everyones’ Best Friend — Paws for a Cause 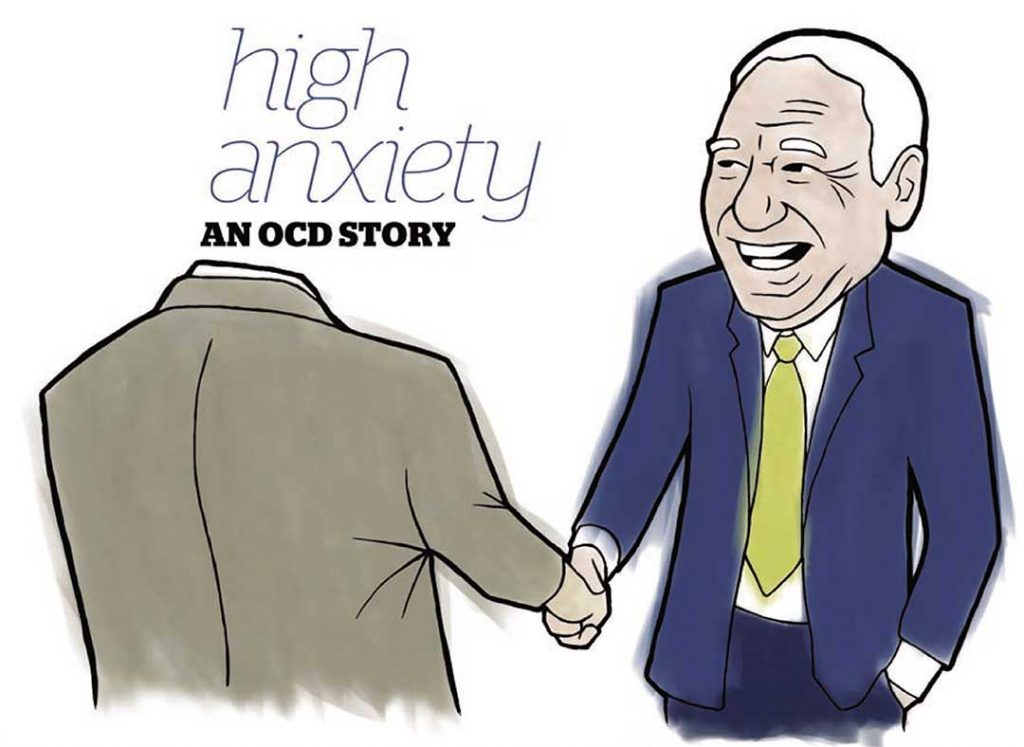 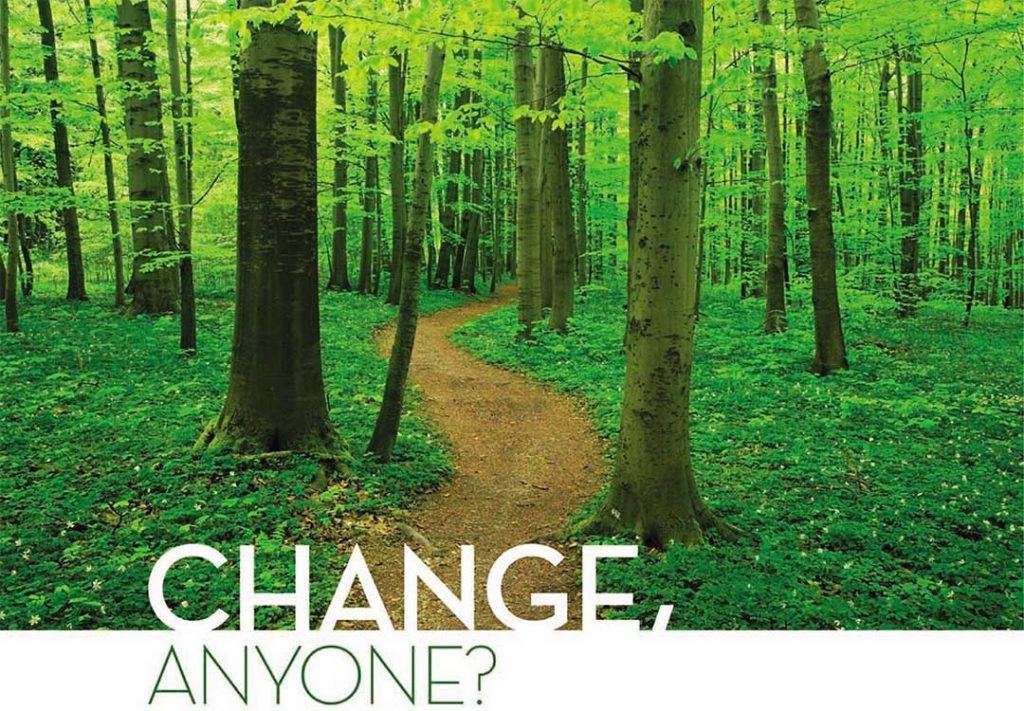 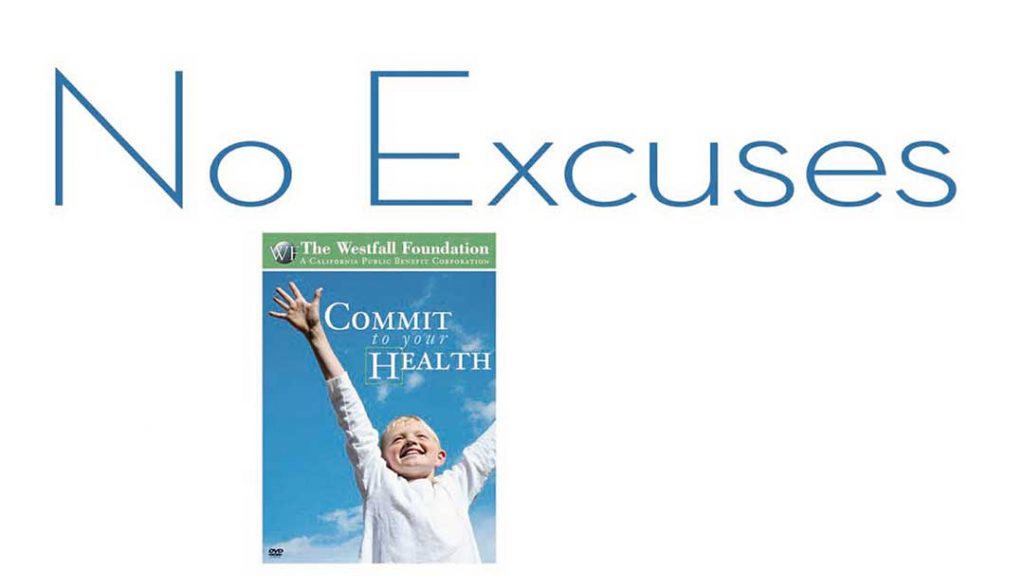 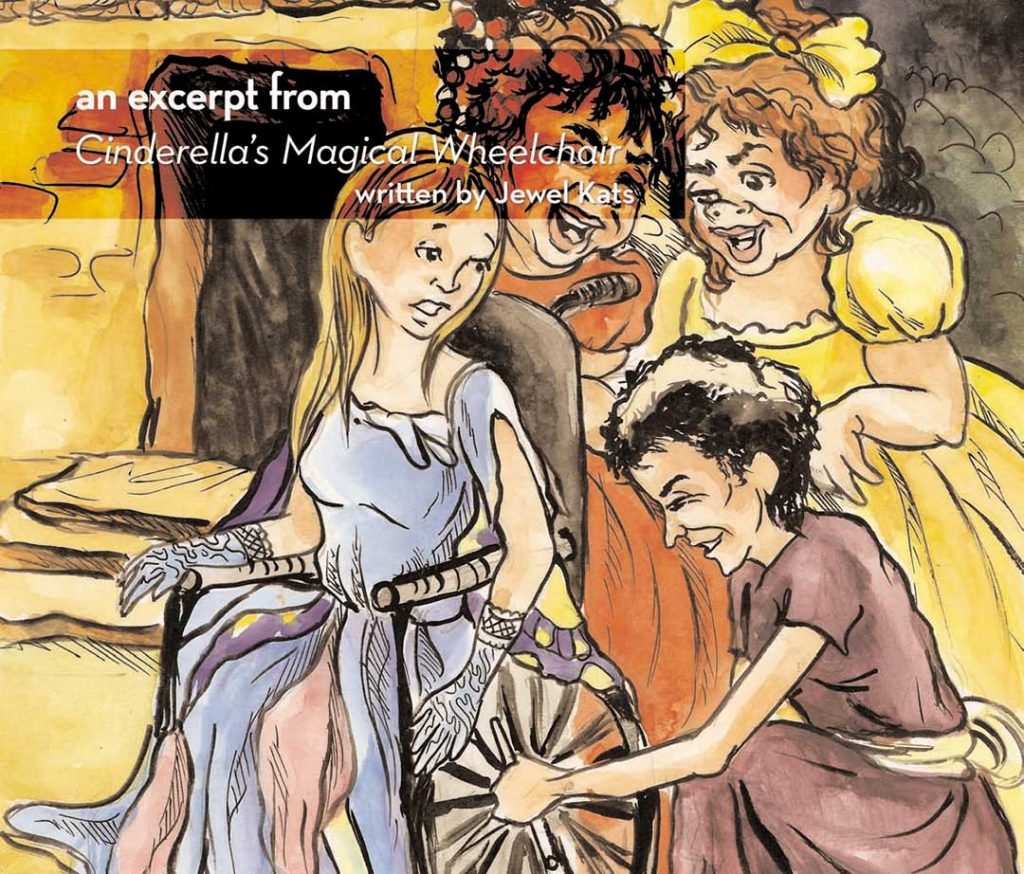 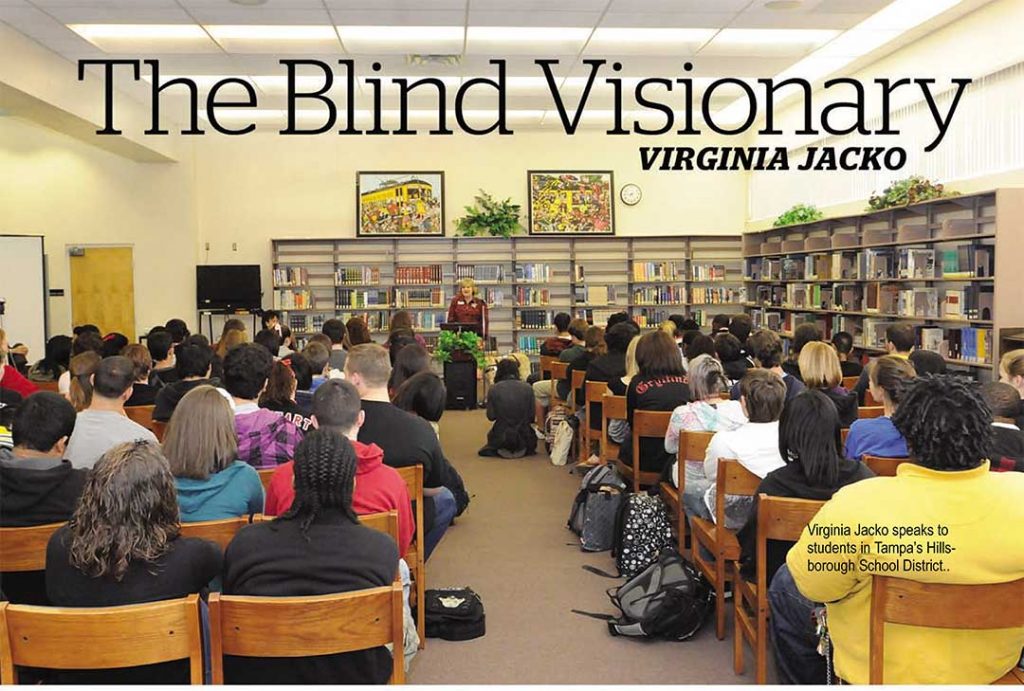 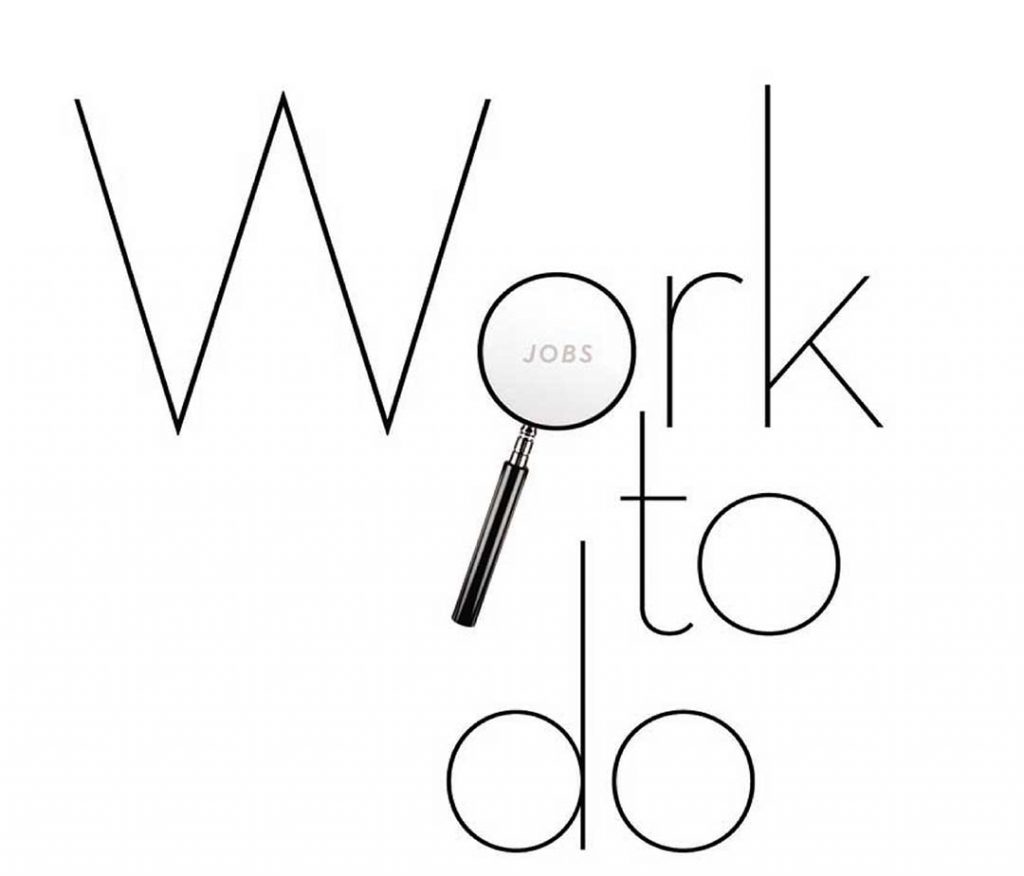