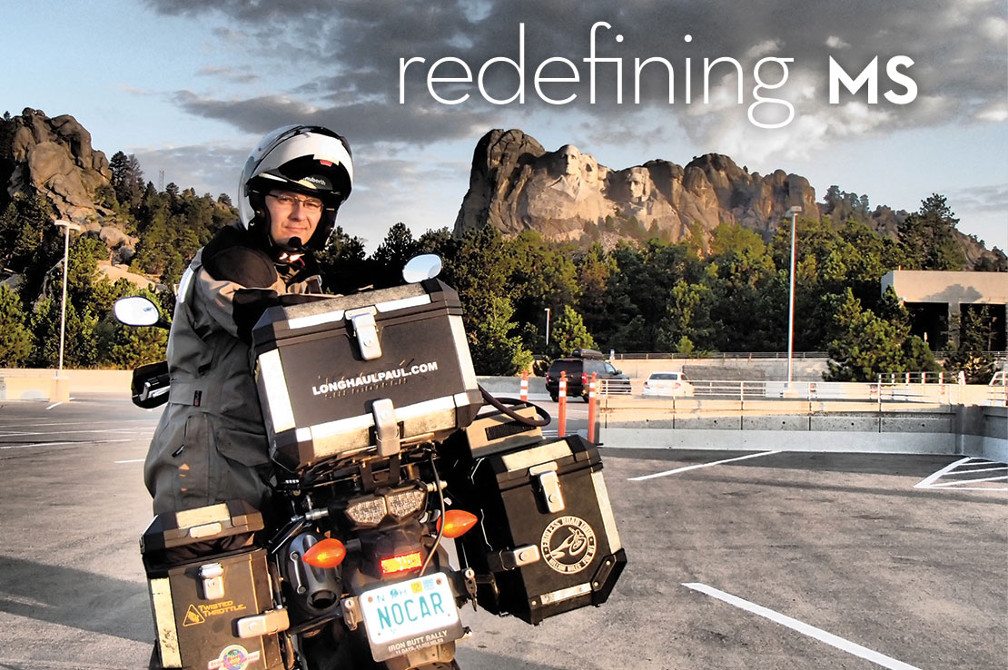 “No, I am not one of Jerry’s kids. That’s muscular dystrophy.”

“No, Michael J. Fox does not have multiple sclerosis (MS). He has Parkinson’s.”

I have MS. Before MS came into my life, I must admit some of these diseases all blended together for me too. A quick search on the internet will define MS as an autoimmune disease of the central nervous system. The immune system, which is supposed to fight viruses, gets turned on for some unknown reason in people with MS and begins to damage the fatty tissue called myelin, which surrounds and protects the nerve cells in the brain and spinal cord. When this attack happens, we refer to it as a relapse, exacerbation or flair.

These attacks cause a multitude of possible symptoms, depending upon which part of the body is connected at the other end of the damaged nerve. The signal sent from the brain is slowed, crossed or halted all together. When the attack subsides, or remits, the damaged area may be able to repair itself fully, partially or not at all. There usually remains some scarring or sclerosis. Once a person has had two separate isolated attacks, which typically results in two or more scars, they officially can be diagnosed as having MS. Similarities often end there, as each person affected will have different symptoms and levels of disability depending on where the damage is, number of attacks and levels of recovery.

Traditionally, and before treatments were available to slow disease progression, the disease and its disabling results would progress at a steady rate.

This year, I’m celebrating 10 years without any real progression of my disease or symptoms. Thanks to drug companies like Biogen Idec, we now have over a dozen disease modifying therapies that have shown to reduce disease progression by about 50 percent in relapsing forms of MS. This has allowed many of us to stall or circumvent what was once a certainty: increased physical disability. Although it’s still an incurable, progressive disease, and medications don’t work for every form of MS or for all patients, the definition of what MS is and what people affected by it can expect to experience has changed tremendously over the last 20 years.

There is a cookie cutter list defining common symptoms of MS, but in reality, symptoms are completely different for every person diagnosed. As a card-carrying member living with some of these benefits of MS, I believe I have earned the right to create my very own personalized definitions.

I also think creating less intimidating names and even goofy excuses for when symptoms rear their ugly heads can be a healthy way to deal with any chronic disease. For me, it takes away some of the fear and power of a disease that can have so many unknowns. Because of my cognitive issues, I even created my own official diagnosis. I tell people I have Artistic MS, because I draw a lot of blanks.

MS is also no longer a dirty four-letter word in my house because I’ve decided the letters MS are now going to stand for Motor Cycle. Do I have MS? Why, yes, I do. In fact, I’ve owned 36 of them over the past 30 years, and I ride my MS all over the country.

Here is how I describe some common MS symptoms:

MS FATIGUE – I’m sick and tired of explaining to people why MS fatigue is different from just being sick and tired. I now explain MS fatigue as how someone would feel after running all the way home… from Europe. And then I tell them to imagine feeling this level of exhaustion after doing nothing more than just buttering toast in the morning.

SPASTICITY – Some people get stiffness and pain. I get these twitching episodes, usually in my legs and usually when I am tired. I call mine, air soccer tryouts.

WEAKNESS – My right leg gives way sometimes while walking whether I’m tired or hot, and if I’m in public, I’ll announce it pretty loudly with, “Holy smokes, was that an earthquake?” I’ve also lost some strength and dexterity in my hands which can cause me to fumble and lose my grip. As I’ve gotten older, I’ve named this symptom, “Screw the ten second rule, the dog will get it”.

SENSORY ISSUES – I have two areas on my thigh without any feeling that I’ve named Numb and Nummer. Once in a while I get this weird vibration in my right thigh as if there was a phone ringing on silent in my pocket. I haven’t named it yet, so I just yell down to my leg, “Stop calling me, I hate telemarketers.” I often feel a surge of fiery heat running down the back of my right leg. I call it, The Ghost of a Disgruntle Coworker with a Blow Torch.

COGNITION – I deal daily with cognitive issues, and collectively, I still refer to these symptoms with a quote from my very first visit with my neurologist. Not believing that anything was seriously wrong, the doctor said he believed I just had crap for brains. I’ve been proudly running with that professional diagnosis ever since.

I keep forgetting about my memory problems. I should’ve gone into politics. My ability to answer questions is limited only by my ability to remember the answers. My memory is so bad that when I finally write my memoirs I’m going to call it, No Recollection. I refer to my short term memory issue as the unreliable witness protection program. I’ll never be called as an eye witness or picked for jury duty.

HEAT INTOLERANCE – I’ve a big issue with heat. When I get warm or hot, there is no telling what symptom will reappear or if I will be able to complete simple tasks or even sentences. I get anxious, confused and disorientated. Thankfully, it’s only temporary, and when I regain my composure, I explain that as I got overheated my MS transformed into multiple stupidity. The hardest part for me is recognizing when the heat is affecting me, to stop what I’m doing and to find a cooler environment before things get ugly.

MS HUG – I’ve never experienced a symptom they call the MS hug, a tightening and constricting band feeling around the torso, but if I ever do, you can bet I’ll reference it somehow with the movie Fifty Shades of Grey.

BLADDER AND BOWL DYSFUNCTION – Bladder symptoms really piss me off. I’m really struggling to find humor in my dishonest bladder. It’s cost me time and money, lied to me, tricked me, and on a few occasions, really embarrassed me. Not sure why, but I decided to refer to my bladder symptoms as, The Ex-Wife.

No matter what challenges,

illnesses or hardships you encounter at any stage of your life, you must remember that you own it, so you get to do whatever you want with it.

My disease and symptoms will never control or define who I am. If you look up MS in any dictionary, I guarantee you will never see my picture. With advances in treatment options and staying positive, I just keep putting MS in its proper place, a mere footnote in my life’s story.

Check out my new fundraiser: Silhouette500.org