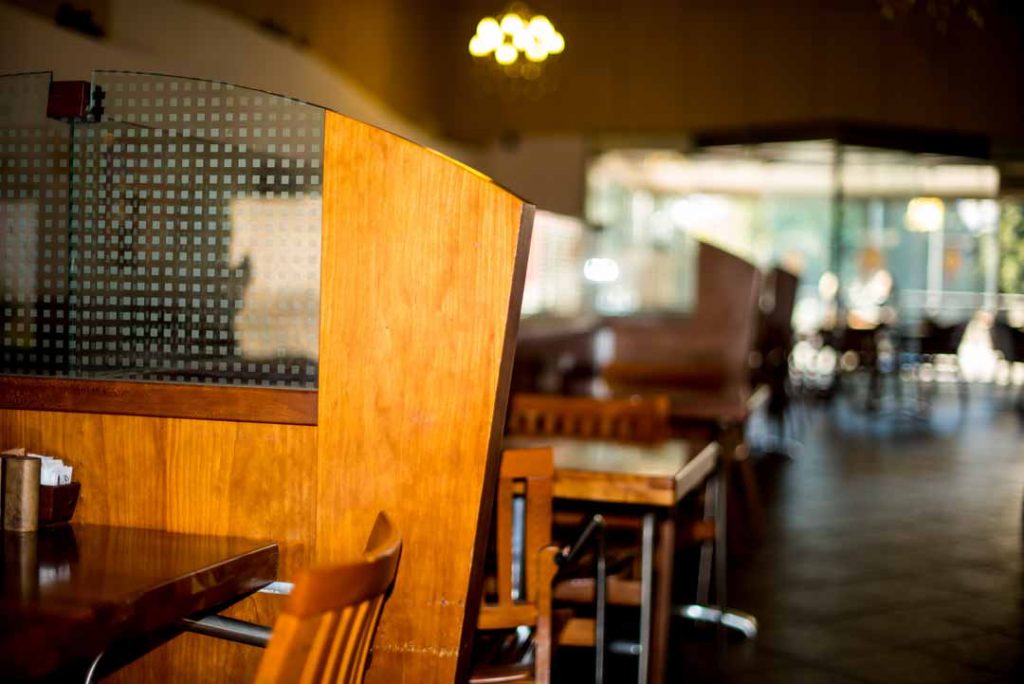 E la Carte, Inc., creators of the PrestoPrime EMV System for full-service restaurants, and Applebee’s Neighborhood Grill + Bar, announced a partnership with the National Federation of the Blind (NFB) and LightHouse for the Blind and Visually Impaired of San Francisco to produce a text-to-speech capability for the PrestoPrime EMV System that will be incorporated into all current and future Presto tablets, including those used in Applebee’s restaurants nationwide. This enhancement is a result of collaboration among these organizations and several blind members of the NFB in California to develop new functionality that enables blind persons to interact with the Presto System.

The new Presto tablet functionality enables blind persons to independently order menu items, pay their bills, and perform other functions using the tablet that is provided for guests to enhance their in-restaurant dining experience. By performing certain gestures, blind patrons can turn on the text-to-speech capability of the tablets in order to access the new functionality. In addition, blind patrons can take advantage of the audio jack available on newer PrestoPrime EMV tablets to activate the text-to-speech capability by simply plugging in a pair of headphones. The audio jack on PrestoPrime EMV tablets can be found and identified by a Braille tactile label located next to the jack.

E la Carte and Applebee’s have been working with the National Federation of the Blind and Lighthouse for the Blind and Visually Impaired of San Francisco for the past several months to develop the new functionality, which has been tested by blind consumers. This continued testing, and the related feedback, will help E la Carte to fine-tune the technology to provide a user-friendly experience for blind consumers that is similar to other mobile and small screen device applications.

“Like many new technologies, the E la Carte system has the potential to provide the blind with greater independence than ever before, since we will now be able to access a restaurant’s menu choices in the same way that other customers do,” said Mark Riccobono, President of the National Federation of the Blind. “We therefore applaud E la Carte in its efforts to provide to blind diners the same access to the Presto System that sighted persons enjoy, while also helping the restaurants who deploy the system comply with the Americans with Disabilities Act and other applicable laws.”

“E la Carte is proud to have produced a PrestoPrime EMV user experience for blind persons,” said Rajat Suri, founder and CEO of E la Carte. “The assistance we received from the National Federation of the Blind and Lighthouse for the Blind and Visually Impaired of San Francisco was invaluable to the achievement of a user experience that is familiar and comfortable for blind users.”

“We are thrilled with this outcome,” said LightHouse CEO Bryan Bashin, “Thanks to this collaboration, the E la Carte tablet will work for blind people, not just at Applebee’s, but at any restaurant that uses it. We hope others will follow their lead.”

The new accessibility functionality will be included as a standard part of the Presto System and tablets and is available to all E la Carte customers.

E la Carte, developers of the PrestoPrime™ EMV tablet and PrestoPrime EMV™ System, leads the table-top dining revolution with its guest-facing, pay-at-the-table, e-commerce system. Installed in over 1,800 restaurants across the nation, including Applebee’s® (a division of DineEquity, NYSE:DINE) and selected Outback Steakhouse Restaurants (a division of Bloomin’ Brands, Inc., Nasdaq: BLMN), the Presto System enables restaurant guests to take greater control over their dining experience by allowing them to order from a full menu, play exciting interactive games, and pay their bill directly from the table. The PrestoPrime EMV tablet also provides operational and financial benefits to restaurant operators which drives increased profitability, and unlocks restaurant data that was previously inaccessible, enabling smarter decisions around guest satisfaction. E la Carte’s new dual processor, secure PrestoPrime EMV System is software compatible with the current generation Presto System – more than 90,000 of which are at work every day in more than 1,800 restaurants across the United States – and includes twice the memory and four times the flash storage of the current generation, and a securely partitioned payment module that enables point-to-point encryption (P2PE) security, EMV, and multiple forms of payment, including PIN-entry payment, Magstripe, and NFC capability for contactless payment systems such as Apple Pay and Samsung Pay.

About National Federation of the Blind

The National Federation of the Blind (NFB), headquartered in Baltimore, is the oldest and largest nationwide organization of blind Americans. Founded in 1940, the NFB consists of affiliates, chapters, and divisions in the fifty states, Washington DC, and Puerto Rico. The NFB defends the rights of blind people of all ages and provides information and support to families with blind children, older Americans who are losing vision, and more. We believe in the hopes and dreams of blind people and work together to transform them into reality.

About LightHouse for the Blind and Visually Impaired of San Francisco

Founded in 1902, San Francisco’s LightHouse for the Blind and Visually Impaired promotes the independence, equality and self-reliance of people who are blind or have low vision. We offer blindness skills training and relevant services such as access to employment, education, government, information, recreation, transportation and the environment. We also pursue the development of new technology, encourage innovation, and amplify the voices of blind individuals around the world.