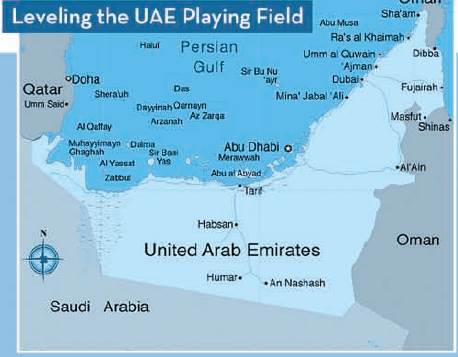 About 20 percent of United Arab Emirates (UAE) nationals living in Dubai report having disabilities and more women are affected than men by about five percent, according to a 2012 study by the Dubai Health Authority.

The UAE is a country made up of seven emirates (including Dubai and Abu Dhabi, its capital) and is located on the Arabian Peninsula in the Persian Gulf. Populated by nearly five million people, the UAE is bordered by several Middle Eastern nations, including Qatar, Saudi Arabia and Iran.

To raise awareness of disability issues in the region and beyond, an ABILITIESme Congress was planned for late spring 2013 with governmental meetings, conferences and workshops to address policy regarding inclusive social development, as well as local, regional and international partnerships between governments and their constituents.

The initial meeting was intended to set the stage for the coming ABILITIESme December 2013 confab, where attendees will define priorities for stakeholders in the global disabilities sector. They will map out the responsibilities for government agencies in the arenas of economic, social, education and professional empowerment of all people with disabilities.

While the UAE’s special education programs and services have been developing since 1979, eight years after it won independence from Britain, it was in 2006 that His Highness Sheikh Khalifa bin Zayed Al Nahyan, president of the UAE, issued a federal bill ensuring equal care, rights and opportunities for people with disabilities in education, health, training and rehabilitation.

The law includes hiring goals for people with disabilities in the public and private sectors and focuses on increasing accessibility to public buildings and residences. The bill also emphasizes integrating this population into public and private schools and allowing those with disabilities to retire earlier than typical coworkers—and with full benefits.

The UAE and Gulf Cooperation Council countries are involved in a global resolution through the World Health Organization, to advocate equal opportunities, rights and dignity for people with disabilities, especially those who are poor. In 2008, the UAE also became a signatory of the Convention on the Rights of Persons with Disabilities, the UN global campaign to recognize the inherent worth and rights of all members of the human family including people with disabilities—as the foundation of freedom, justice and equity everywhere.

ABILITIESme will be held from December 9–11, 2013, at the Abu Dhabi National Exhibition Centre, United Arab Emirates. It is sponsored by dmg :: events (formerly known as dmg world media), a subsidiary of the Daily Mail and General Trust in the United Kingdom.