1 out of 5 people in American have a disability, yet according to the Ruderman Family Foundation White Paper on Disability in Television, 95% of television characters with disabilities are portrayed by non-disabled actors.

The Caucus of Producers, Writers and Directors and Lights! Camera! Access! 2.0 held this event to raise disability awareness in the entertainment industry on how best to increase employment in front of and behind the camera and improve authentic portrayals. 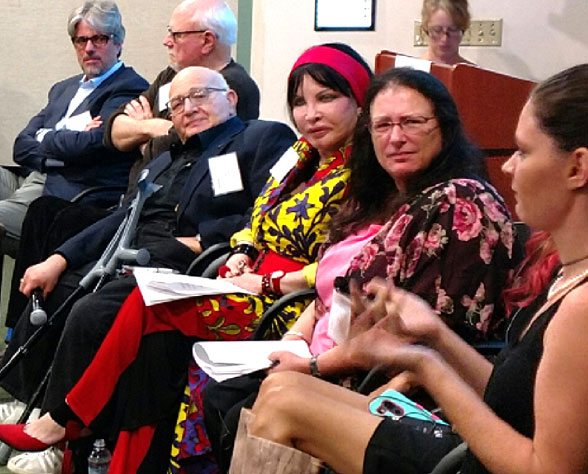 Ben Lewin, Writer/Director The Sessions; and director of features and episodic television, including Speechless

Loreen Arbus, Writer,Producer, is the first woman in the United States to head up programming for a national network
Angela Rockwood, Actress, Model and Producer, Push Girls and Charlie’s Angels
Tari Hartman Squire, EIN SOF Communications, Lights! Camera! Access! 2.0 and Ruderman TV Challenge
Sandra Mae Frank, Assistant Director Deaf West Theatre’s At Home AT The Zoo @ The Wallis, and Lead Actress Deaf West Theatre’s 2016 Tony Nominated Best Musicial Revival Spring Awakening
The Caucus for Producer, Writers & Directors
The Caucus is leading the evolution of television by providing a creative forum for
Producers, Writers and Directors to explore the issues of the ever-changing landscape of content and exhibition. The Caucus is proud of its rich history and esteemed membership of television innovators. For over 40 years, The Caucus has provided an opportunity for the best and the brightest talent to network and voice the ‘creative conscience’ of the Television Industry. Today, we continue to stand for better and meaningful content across all platforms. As Producers, Writers and Directors we support a working environment that fosters, through our various programs, the best content that we can create for our audiences.
In addition to its professional membership, The Caucus is proud of its non-profit work through The Caucus Foundation. Established in 2000 to help launch the careers of future entertainment professionals in film, television and emerging media; The Foundation provides completion grants to student thesis productions from accredited universities and colleges. To date The Caucus Foundation Grant Program has given over $1.6 million dollars in cash and in kind awards.
Current members of The Caucus also include: JJ Abrams, Kevin Bright, James Burrows, Suzanne de Passe, Vin Di Bona, Dennis Doty, Chuck Fries, Tom Hanks, Tanya Hart, Charles Floyd Johnson, Lee Miller, Bob Papazian, Norman Powell, and others leading producers, writers and directors.
http://www.caucus.org