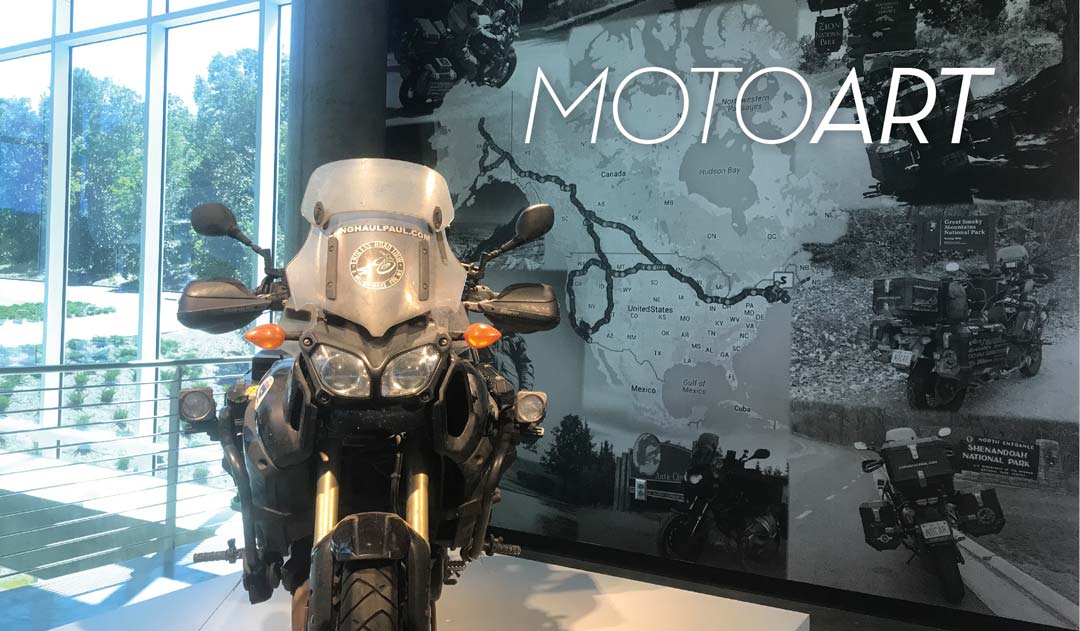 “Excuse me, sir, please do not touch that motorcycle.”

The afternoon security guard rounded the corner with his hand perched over the holster of his two-way radio.

I giggled like a preschooler, knowing my DNA was probably on every single nut and bolt of the crusted sculpture.

“It’s OK, we have been quite intimate.”

Whipping out my cellphone, I added,

“Look, I even have photos of this bike naked.”

Brilliant paintings, sculptures, and rare and significant historic artifacts all deserve places in museums. Art galleries are open for people to learn and appreciate the stories, history and beauty of a piece.

When I first learned that the world’s largest motorcycle museum had heard about my million-mile journey and expressed interest in putting my Yamaha Super Tenere on display in their facility, I thought it was a prank.

The Barber Vintage Motorsports Museum in Birmingham, AL, is the premiere showcase for rare and significant motorcycles from all over the world. They have one-of-a-kind pieces and four floors of bikes on display, with each and every bike in restored and running condition. Well, that is until they rolled my bike onto the floor! Of the 1500 motorcycles on display, mine is unique in that it is filthy, beat up and not running. It joins a handful of others that are on display because of the bike’s adventure, who rode it, or why.

About a year ago, as the bike was getting tired and about to be replaced, I joked a few times that it should be put in a museum. Steve Liberatore has been a big supporter of mine and happens to work for Yamaha Motor USA. He asked me one day if I was serious, and that he thought the bike really should be put somewhere where everyone could see it. He offered to speak to the folks at Barber and get back to me. I didn’t expect much, but within a few months the museum said they were indeed interested in having it on display.

I still did not really think they were serious, and expected them to look at the condition of it and all the junk I had bolted on it to help me ride long distances and roll it into the nearby woods. (Barber Motorsports Park sits on 600 incredible acres.) 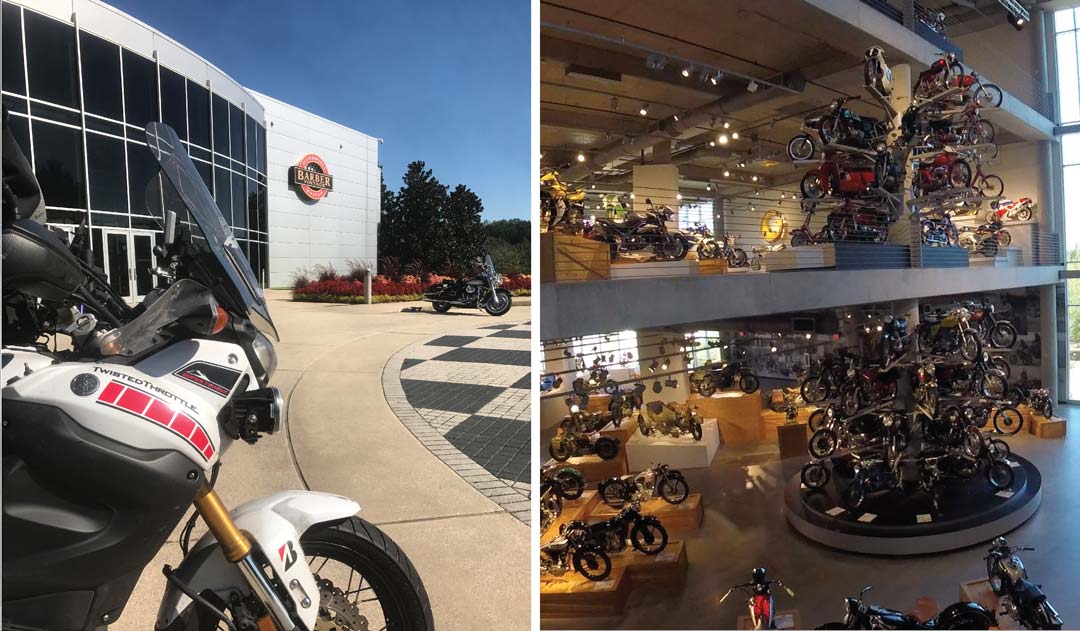 The dead bike sat in my friend Kerri’s garage in Salt Lake City since the day after my world record, and after a month or so, I had it shipped to my house. When I received word the museum wanted it, I contacted HaulBikes Motorcycle Transport to see if they could help me out with the cost of shipping it a second time, now to Birmingham. They were more than accommodating and after hearing my story, agreed to ship my bike for free!

The day the big truck arrived to pick up my dirty, dripping, nasty, beat-up bike, the driver gently handled it with kid gloves and for the first time, I started to see what others saw in this particular Yamaha. The value was in the history: its incredible mileage, the places it rode through, the events it starred in, and the journey we shared together for a cause.

The bike was picked up in March, and I did not hear a peep from the museum. I did not post anything on social media about where the bike was headed, mostly because I still didn’t believe they were actually going to put it up on a pedestal alongside rare and world famous machines that truly are motorcycle art.

In August, I had an encouraging meeting in Los Angeles with Yamaha executives about helping promote my journey. While riding home the very next day, I received more exciting news. Denis McCarthy, one of the employees at the museum, posted a video to my Facebook timeline. At that moment, I was riding I-40, and I had to pull over, my eyes were filled with tears, and I couldn’t wait to share the news with my wife Elin, and then the entire world. 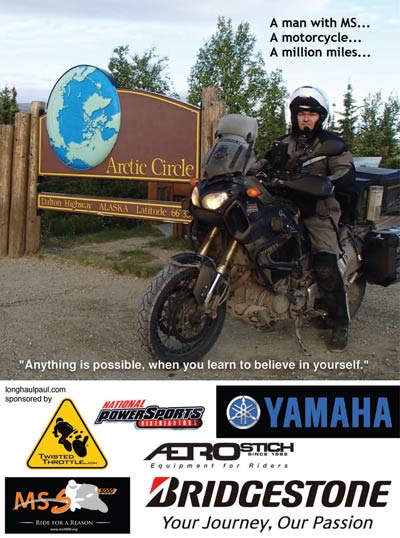 The video showed my bike, set up on a large platform, majestic, towering and proud of its place amongst famous Yamaha race bikes from the last 50 years. They didn’t wash it, they didn’t remove any of my accessories, not even my Thermos, but put it on display just as it had been ridden every day of its short three-and-a-half year, but incredible, 172,000 mile adventure.

When I was booked to deliver a talk in Mississippi in September, I knew I had to stop in Birmingham to visit Curechaser. The day I arrived I was given the VIP treatment: a tour around the incredible racetrack and facilities, as well as a personalized tour of the museum. They were still working on my display as I arrived, hanging my photos on a wall behind my bike and explained they were also going to have a video running sharing my journey live as I continue to reach my goal.

I was overwhelmed again, and could not really express my gratitude for the exposure this exhibit will bring my story, my journey and quite possibly a cure for the disease that is slowly rotting away my brain and others living with multiple sclerosis (MS).

Before I left, I went upstairs alone one last time to say goodbye to the faithful friend I had shared so many hours, weeks and months traveling across the country on.

I enthusiastically shared the bike’s story that afternoon with the security guard, as I started to grasp that my motorcycles and I are really making a difference and the five years of hard work and sacrifice are paying off. Together, with all my supporters, we are definitely raising awareness!

Although the first and original Yamaha Curechaser has been retired, it can never be forgotten, as it is available for the entire world to learn its historic significance in my million-mile journey to cure MS.