Over the years, our daughters have brought home various young men to ‘meet the parents.’ After a long, dry spell, our California daughter, Melissa, had someone she hoped we’d welcome to the family. She had gotten lucky through one of those .com mating sites.

In keeping with her interest in politics, she and Charlie met through an on-line dating service for Democrats. Melissa waxed particularly enthusiastic because he had a serious interest not only in politics, but also in medical research. She assured my husband and I that we couldn’t help but like her new beau. But having met some of her previous prospects, we were less than certain.

When Melissa and Charlie flew from Sacramento Valley, CA, to our home in Neptune Beach, FL, in June 2007, we discovered that she was absolutely right. Charlie is gregarious by nature with an optimistic outlook.

For his visit, Charlie had one request: Since he’d never seen the Atlantic Ocean, he wanted to go to the beach. Not an unusual request for our part of the country. Who wouldn’t want to bask in the warm, salt air off the Atlantic with its magnet pull of sand and sea, shells and birds? But this outing required some planning.

For the past 12 years, Charlie’s had multiple sclerosis. When he and Melissa arrived, he used a cane around the house and a wheelchair for longer excursions.

Right away, I began to research how Charlie could have his day at the beach. I’d seen the Life Guard Station at Jacksonville Beach many times, but had never had occasion to call on their services.

We found the young lifeguards friendly, polite and eager to help. I discovered that they do more than guard swimmers and save lives, they also make the beach accessible to people who are physically challenged by the very things that make the beach so enticing: sand, uneven surfaces and resistance. Leaving Charlie’s wheelchair as collateral, we borrowed a beach-going wheelchair at no charge; it looked much like a cushioned deck chair or patio chair with large wheels.

We couldn’t have picked a more ideal day—sunny with a cooling breeze off the ocean. Melissa pushed Charlie through the soft sand. After she’d gone a short distance, a young lifeguard, sporting a beautiful tan, sprinted across the sand, helping her guide the chair to the beach and firmer ground nearer the water. As Charlie and Melissa moved up and down the beach together, his smile was as glorious as the ocean at sunrise. At one point, he rose and walked part of the way using his cane.

Spying the beach-going chair they’d abandoned, I walked over and sat down. That’s when a gentleman came up behind me, gripped the chair, and asked if I’d like him to push me to where Melissa and Charlie had walked. At first I declined, but later accepted the offer. I found the beach chair comfortable and the passing view appealing. The kind stranger asked me to tell him when to stop. It was such a treat that I remarked that he could just keep going and going, at which point he informed me that he didn’t intend to push me all day! Oh well, all good things must come to an end, even Melissa and Charlie’s day at the beach. Still, it was satisfying to see two people in love share that moment together, and Charlie said the negative ions off the coast were good for his body.

A former Nevada resident, Charlie has since moved in with Melissa and her 17-year-old daughter, Katie, in Sacramento. His two children are still in Nevada, attending college.

Charlie and Melissa are still settling in: Her involvement with animal rescue spurs his determination to participate in various activities-more than might be advisable at times. On occasion she nearly runs people over as she pushes him in his chair, which can lead to a dirty look or two. But they’re making it work: She does more of the physical chores; he handles the finances, which pleases Melissa beyond words.

Melissa first had an inkling that it could go the distance during their initial date. They began e-mailing in the spring of 2006, when he was still living in Nevada. One Saturday he planned a trip to Sacramento for an adaptive golf lesson and suggested they get together for lunch. Neither of them had spoken in detail about his MS, which he had simply mentioned in passing—and not by name—as his “little problem.”

“We met at a little Chinese restaurant,” Melissa recalls, “and he was tired from his lesson. He came in using his cane, and as he made his way to the table, he knocked a potted plant over. He looked at me with a What should I do? expression, and I mouthed Leave it, gesturing with my hand that it wasn’t important.”

“That was a pivotal moment for me because in other relationships,” Melissa says, “I had never been asked for guidance in handling a situation. I knew Charlie would continue to respect my opinions on things. That’s huge for me. I was impressed too that even though he had to lean on a cane, he had very good posture. We were perfectly at ease with one another from that first meeting.”

A fifth grade teacher with a bent for research, Melissa went on to find out more about his health. Charlie’s MS is progressive, so they know that further challenges lie ahead. They have hope for new advances in treatment, yet they know that life won’t be a romp at the beach. The beauty, however, is in all the little moments that they get to share together.

In 1995, my ophthalmologist told me that I was dying. I went to him about blindness in my left eye caused by my multiple sclerosis. That day he informed me, rather insensitively I might add, that MS “is a disease of the central nervous system that results in death.” I sat there stunned, scared and mad.

I was 37 and married with two young children. I worked daily. I was buying a home. I played sports, officiated football, skied, paid my taxes, volunteered at my children’s grammar school, performed community service, coached youth baseball and soccer.

Fortunately, I was prescribed an intravenous prescription that restored my eyesight within days. Still, I was concerned about the future. So I went back to my neurologist for more information, and continued to doggedly research this monster that had shown up uninvited at my door. I discovered that the parts of my brain that controlled facial nerves and jaw muscles had been damaged. I joked that I supposed I could live with a drool cup, if necessary.

As I continued to read up on my condition, ask questions and learn as much as I could, I found out that my ophthalmologist didn’t have his facts straight: MS is not fatal. In fact, I had as great a chance of dying of MS, as I did of getting hit by a Mack truck. That said, MS is still quite formidable; it can cause blindness, dizziness, loss of cognizant function and mobility, incontinence and other dastardly ills.

In those early days after I was diagnosed, I was not told about management drugs for MS, and thus did not start injections at that time. Today’s medical strategy calls on starting a management drug as near to one’s diagnosis as possible. There remains no cure for MS, only management of it. Fortunately, I went into remission for several years.

In 2000, MS came barging back in again like a mad bull. I began to lose leg mobility. After 10 years as a football official, I had to resign. I gave up coaching. I quit skiing. I no longer volunteered in the community or at my children’s school. I stopped traveling overseas for work. I was able to hold onto my job, but not my marriage, though I’ve always stayed in touch with my children.

I began to adjust to the new reality, but refused to surrender to MS. After conquering my self-inflicted pity parades, I began to learn to cope. I struck the word “can’t” from my vocabulary, asking myself instead, “How can I?” I joined my local MS association chapter, and volunteered at its MS 150 Bicycle Fund Raiser. In the following months, I purchased a hand cycle, training to ride in the MS 150 the following year, raising nearly $3,000 for research. 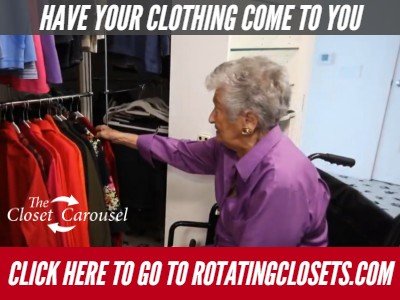 I learned of an adaptive ski program, and the following year went back to the slopes. I had the biggest smile at the ski resort that day. Later, I discovered an adaptive golf program for people in wheelchairs and others unable to walk the course. The following year, I golfed for the first time in a long while. Finally, I traveled to Florida to see the Atlantic Ocean, and delighted in wiggling my toes in the sand.

Before the Florida trip, I was cautiously optimistic about a new disease modifying drug (DMD) that I had begun taking for MS. Though researchers continue to seek a cure for my condition, progress is painfully slow and filled with numerous “almosts.” In this case the DMD started out strong, but soon lost it effectiveness. In just three days, I went from striding down the beach holding my sweetheart Melissa’s hand, to staggering down the hallway.

MS changed my life, and I’ve had to re-invent my self. Aside from finding alternative approaches to my goals, I’ve learned to take pride in the simplest accomplishments, whether it’s pulling myself up the steps in a movie theater, making it through an airport for a flight, or taking a roll and then a stroll down the beach. The thing about life is that there is always a way. 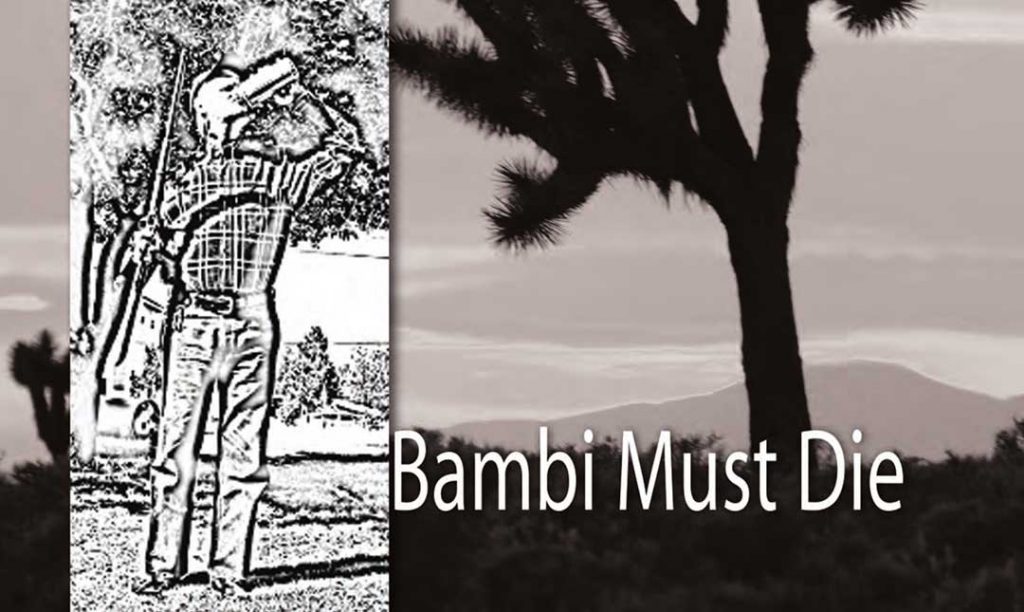 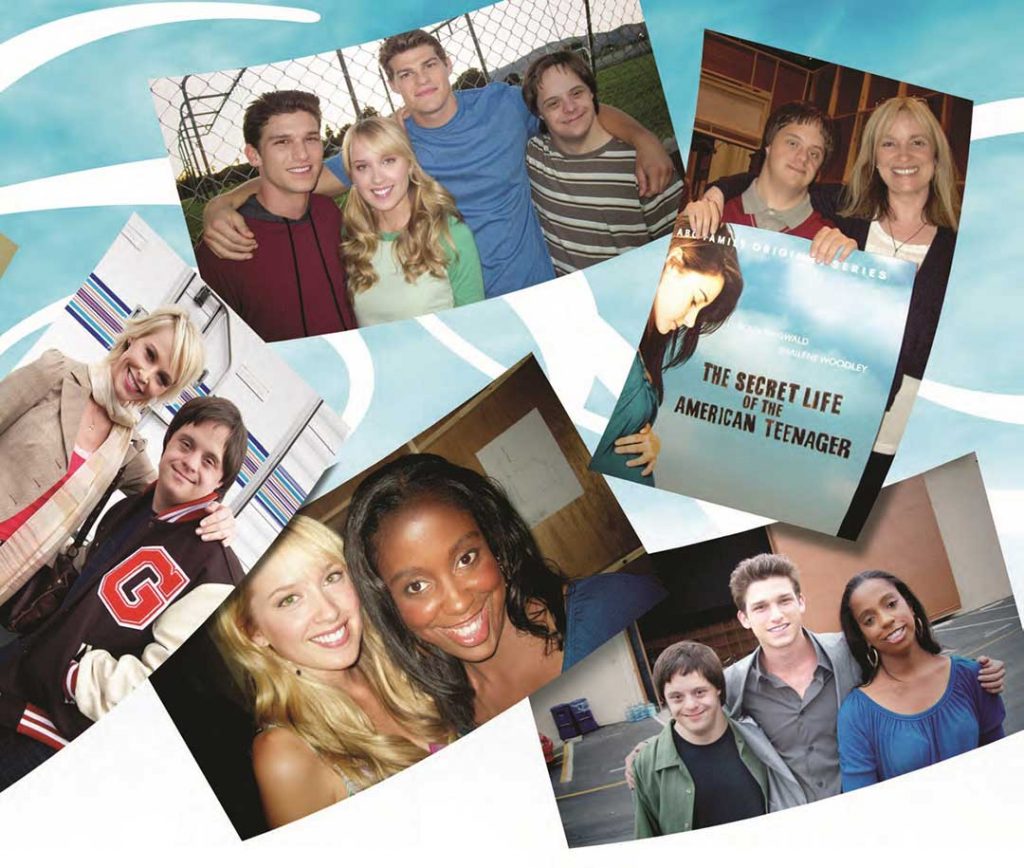 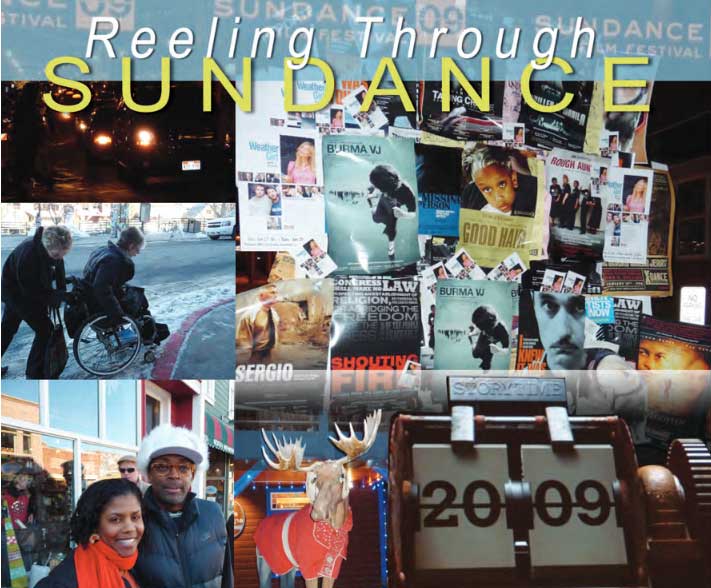 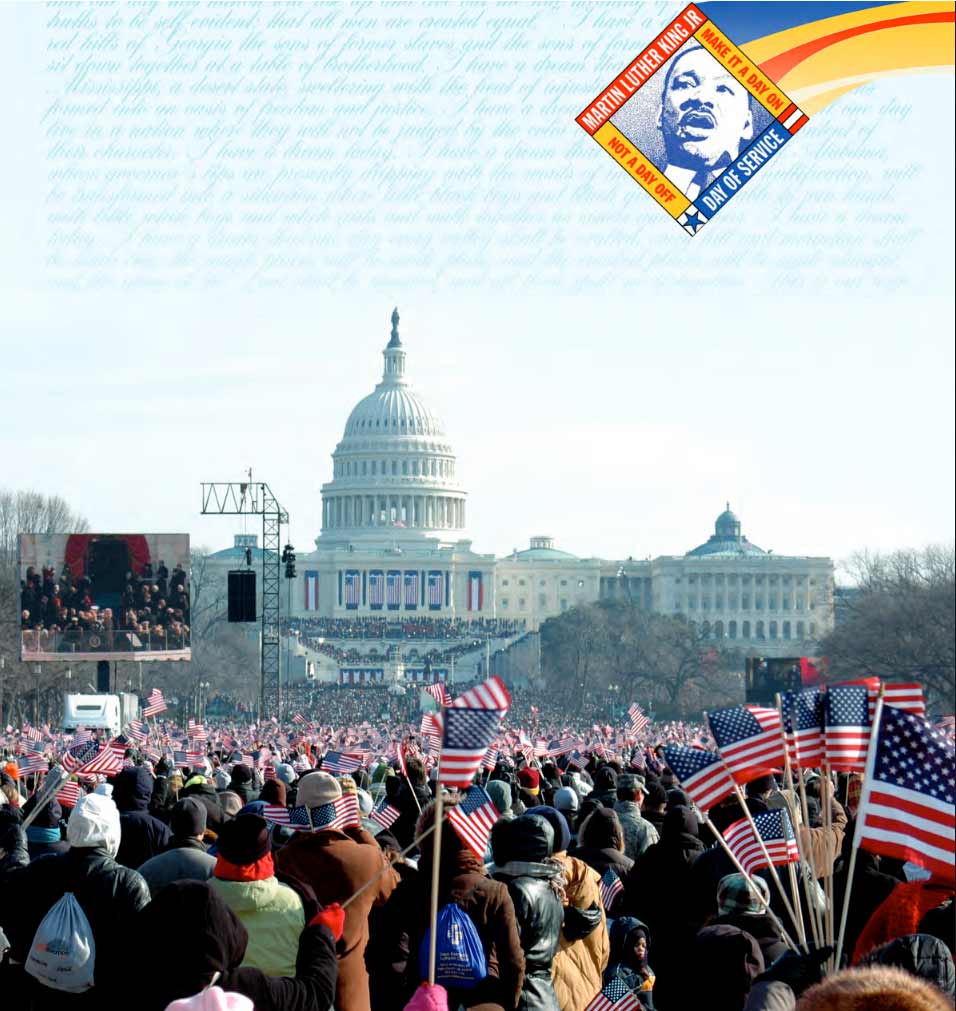 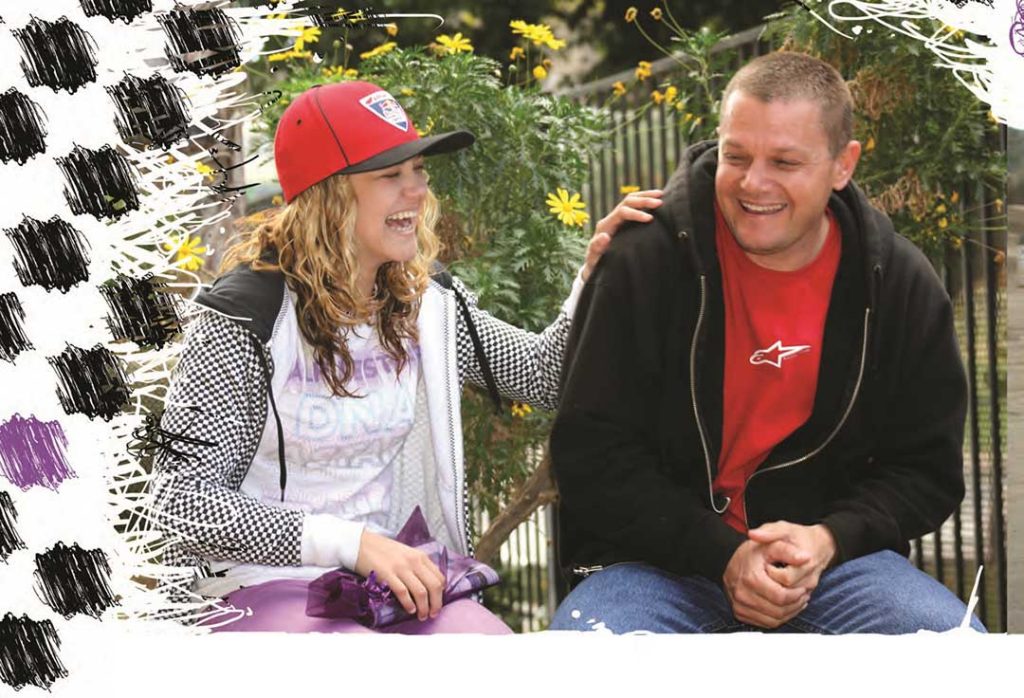 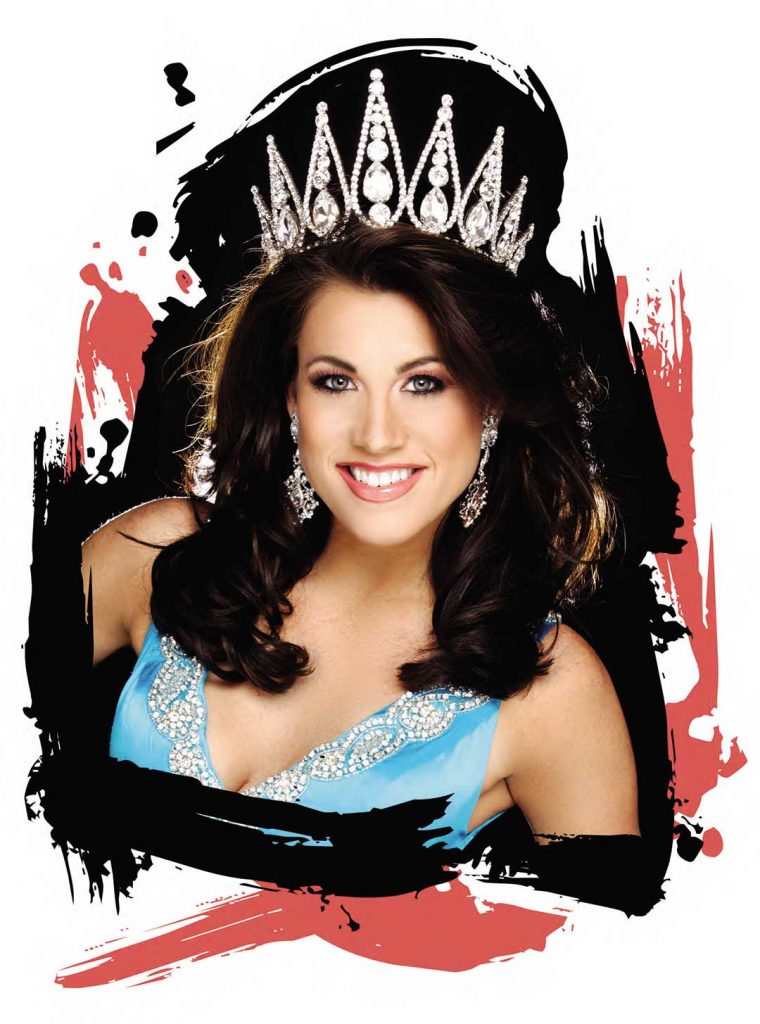 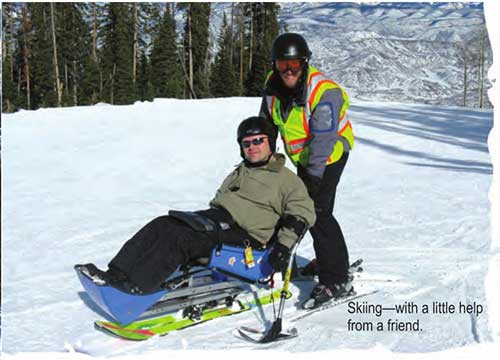 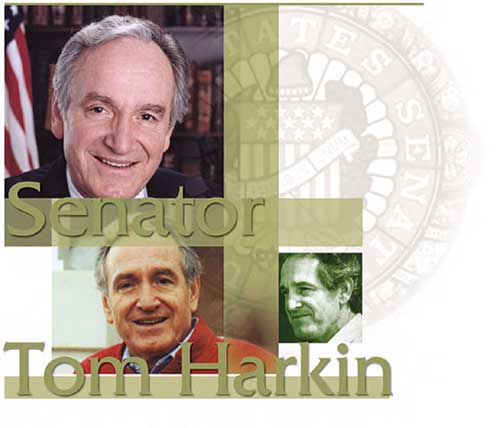 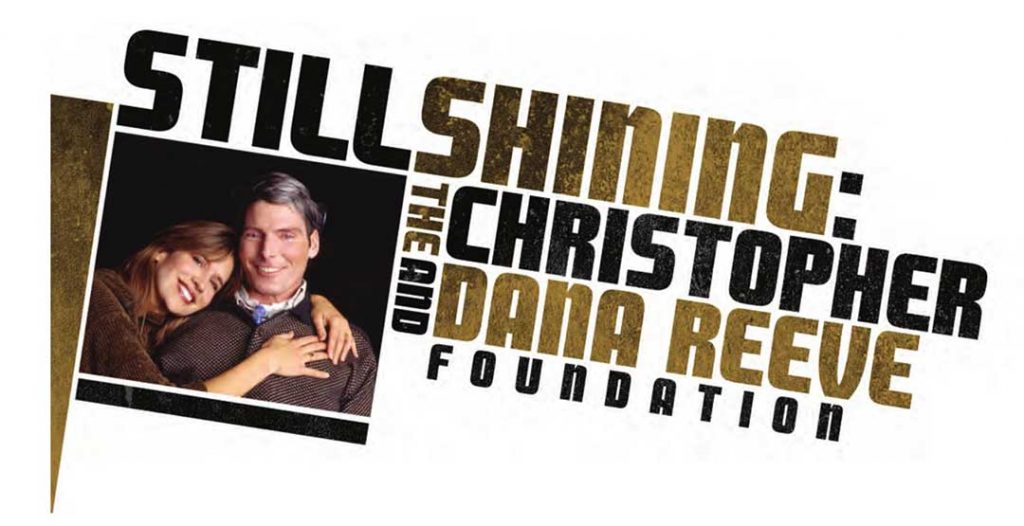 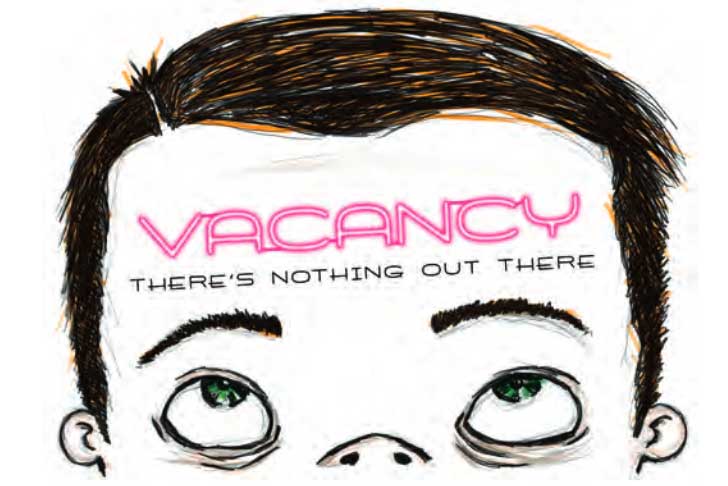