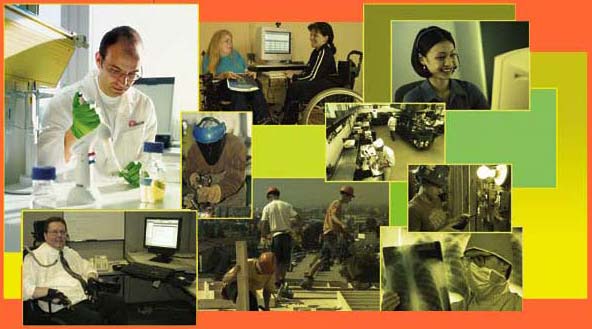 NEW YORK, February 7, 2013 – Companies that employ people with disabilities reap numerous benefits, according to a study by The Conference Board, a global, independent business membership and research association working in the public interest. Active recruiting and retention of employees with disabilities, including veterans, can both significantly expand the pool of talent and create new business opportunities, states a new publication from The Conference Board, Leveling the Playing Field: Attracting, Engaging and Advancing People with Disabilities.

The report was prepared by The Conference Board Research Working Group for Improving Employee Outcomes for People with Disabilities – a project funded in part by the Employment and Disability Institute at Cornell University ILR School under a grant from the U.S. Department of Education, National Institute on Disability and Rehabilitation Research, with additional funding from member companies of The Conference Board. The report, authored by Peter Linkow, looks at how employers are building competitive advantage through workplace practices that engage people with disabilities, including recent veterans and older workers.

“Leveling the Playing Field articulates that a strong workforce is an inclusive workforce and helps employers tactically address this issue,” said Mary Wright, program director for the research working group and a contributing author to the report. “Efforts to effectively employ people with disabilities can be considered a metaphor for maximizing the potential of all employees and the performance of an entire organization.”

Susanne Bruyère, director of Cornell University’s Employment and Disability Institute and contributing expert to the report, confirmed that “employers also report a number of indirect benefits that can result from hiring employees with disabilities, such as increased overall morale, productivity, safety, interactions with customers, and attendance.”

Other key findings in the report:

More than one in ten Americans has at least one disability. This share of the U.S. population is only expected to grow.

ABILITYJobs.com – Working with Companies, Government and Non-Profits to Employ People with Disabilities