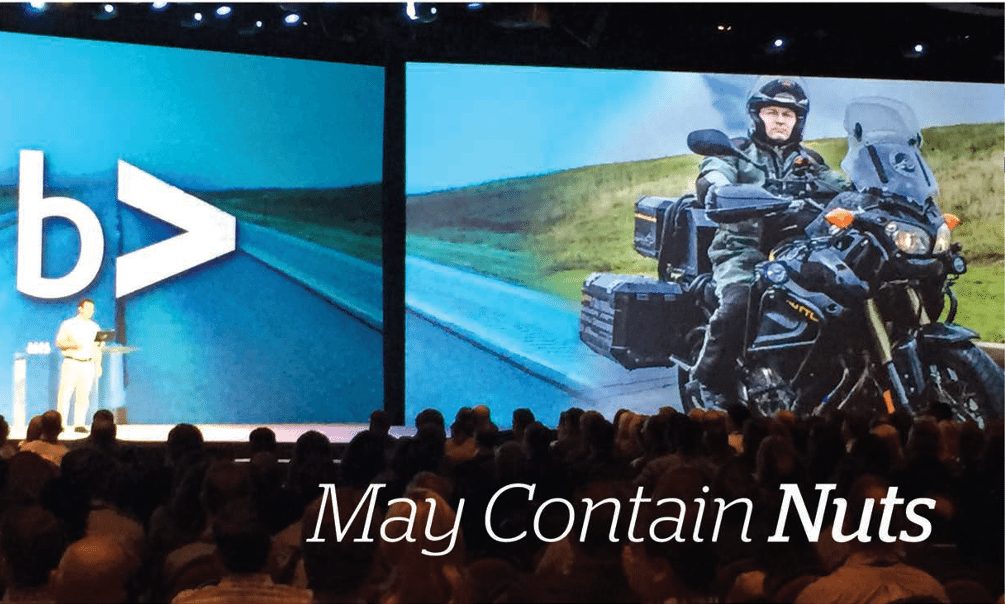 For the past few years, I have braved the harsh March winter here in the northeast and made the migration south to Daytona Beach, FL, for bike week. Well, mostly I go in order to attend the Iron Butt Association’s (IBA) annual gathering in Jacksonville to break bread and tell lies to hundreds of other motorcyclists who share my love of long distance riding.

When I got a call in late February inviting me to share my story at a pharmaceutical company’s national sales meeting the same week as Daytona, I replied, “Absolutely yes.” Then I inquired, “Where?”

No problem. It was 2000 miles to Dallas, another 1100 or so to Jacksonville, and then 1200 miles home. Not a bad catch towards my million-mile goal. Although it was bitter cold at home, and Dallas had received six inches of snow from a giant storm that was heading east, the only real anxiety I had the week before leaving was worrying if the beef jerky I’d ordered would arrive in time.

Admittedly, it was hard not to look at the forecast 48 hours before leaving. I wasn’t changing my plans, and I don’t own a trailer or a truck. The entire trip was at risk, and I didn’t have a good contingency plan. When I left home, the temperature was in the teens and continued to drop for the first 300 miles, but I was able to get out of Dodge and right on schedule. My first night was spent with friends just outside of Raleigh, NC. Smoked ribs and home brew beer beats a motel any day. I headed west early the next morning, but again, the temperature dropped the more I rode. It never went above 42 degrees all day and riding through the Smokey Mountains was quite interesting as one lane was entirely covered in ice. I finally made it to Memphis where I had located and booked a hotel room on the fly; all hands free with an app on my smarter-than-me-phone.

All I wanted was a warm shower and Memphis BBQ. I abandoned the bike for the night and took a shuttle to Central BBQ to enjoy some pulled pork. While sitting in the restaurant I realized something was wrong with the main camera of my new iPhone: it wouldn’t focus, making all my pictures fuzzy. Luckily for me, the phone has a pretty decent front facing camera. Unlucky for everyone else, the rest of my trip’s photos are all selfies!

Day three’s ride from Memphis to Dallas was cold and in torrential rain. When I arrived at the plush hotel, I parked in the garage, unpacked and waddled my way to the front desk. The conference attendees were unaware a multiple sclerosis (MS) patient would be presenting, and that my talk was being used to inspire them after their first long day of technical training. 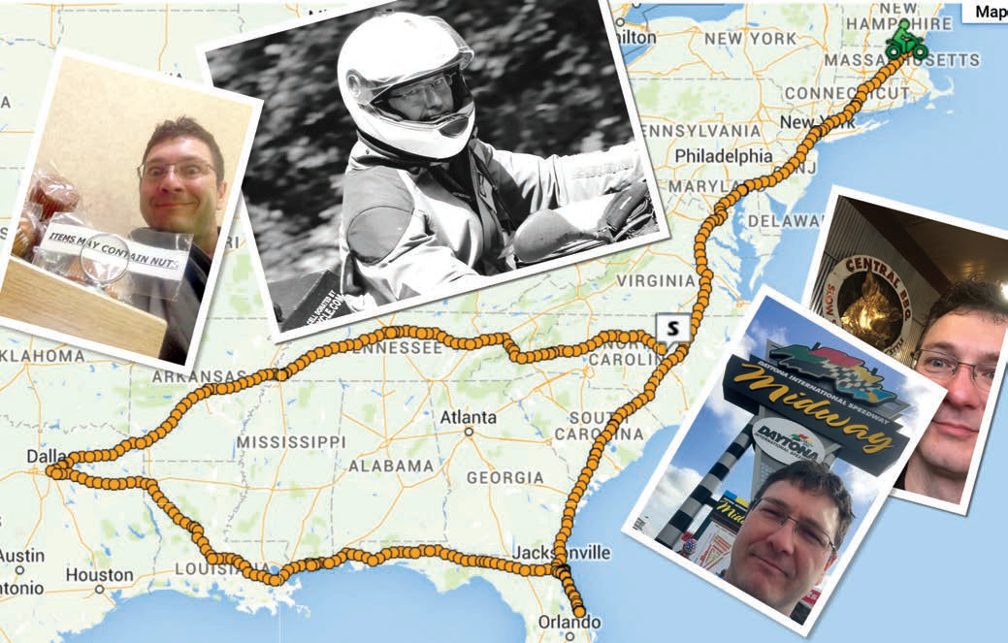 The stream of water trailing me was impossible to hide, and dressed in full riding gear, I was leaking all over the marble floor. It would have been more embarrassing if I weren’t so cold and tired. I certainly looked out of place amongst the smartly dressed guests, so I whispered my name to the reservation clerk, as if I were at the pharmacy retrieving my prescription for head lice. I knew once I could unload and clean up, the identity of the weary and wet vagabond would remain my little secret.

Short term memory loss from MS is a challenge when you are a public speaker and one that I work hard to overcome. I reworked my talk multiple times over the next 24 hours, rehearsed it a dozen times and practiced with a new teleprompter app that I downloaded to my iPad. It was an experiment in trust, because if it crashed or messed up, I was stuck looking like an idiot in front of 1000 people.

I wanted my message to be positive, powerful, witty and memorable, all while explaining how truly grateful I am for what they do. After all, 10 years since my diagnosis, and my disease had not progressed. Because of changes I’d made in my life, I was healthier and happier than before my diagnosis. I was following my passion, made possible because of advances in MS medications. So what these people do every day is personal and important. I’m pretty sure I nailed the talk, because it took me an hour to make my way out of the auditorium, shaking hands and getting contact information. I felt like a movie star, or at least a very popular exotic dancer! Later at the bar, plans were brewing for me to ride and speak all over the country. Come to think of it, I never did pay for a single drink all night.

When I headed out the next morning, it was a bit warmer and the sun was finally out. Most of my gear had dried out. I wanted to travel the Texas Panhandle and stay in Panama City, FL, but every time I tried to ride the coastal route, it started to rain, drizzle or I got stuck in traffic. I ditched that idea and drove the entire 1100 miles to Jacksonville. I arrived quite spent, but a warm shower and a dry bed fixed that. 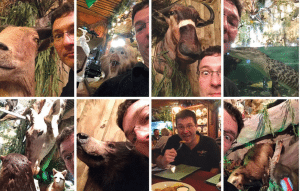 The next morning I decided to head to Daytona Beach, to catch all the action. I promised my sponsors I would try to stop in and visit with my friends at Yamaha. In all the planning and packing I did prior to this trip, I had completely forgotten about Florida weather and was soon overcome by the noon heat. Starting with weakness in my leg, my symptoms quickly progressed to slowed speech and confusion. Thanks to my friends at Twisted Throttle, I was escorted into an air-conditioned trailer to recuperate. I really felt stupid for leaving my CTC-100 cooling system in New Hampshire. After 30 minutes and some cold bottled water, I was good to go. Thankfully these heat-induced episodes cause no lasting damage, just a reminder of where I will not be spending my retirement years!

Back at the hotel in Jacksonville, I jumped in a cab to join some New England friends for dinner at a place called Clark’s Fish Camp. I tried some new things and met some interesting creatures. I love restaurants with visual menus. It was quite the curious place, and I can’t wait to go back next year.

I could have ordered a llama wrap but decided to go completely nuts. Something told me I just had to order the local brew. The appetizer I ordered, however, was all me. Just between you and me, bison testicles are absolutely delicious.

The next evening was the IBA banquet with great food, fun discussions and a chance to see old friends. I handed out lots of flyers for my new fundraiser—the Silhouette 500.

After a week on the road, it unfortunately was also time for a reality check. While discussing the routes for home, ...
Login to read the full article. SIGN UP HERE FOR YOUR FREE MEMBERSHIP
If you are already a member, welcome back! LOGIN HERE

Because of my success in Dallas, I have been asked to share my story with more audiences across the country. As you read this, I will have embarked on an epic month-long solo motorcycle ride for MS from New England with stops in Las Vegas, San Diego, Los Angeles, San Francisco, Seattle and yes, Anchorage! The Wheels out West for MS Tour will be 30 days of raising awareness and funds while reaching out to others, encouraging them to find their road as well. Follow my journey through my posts, tweets and track me live.