One Box at a Time 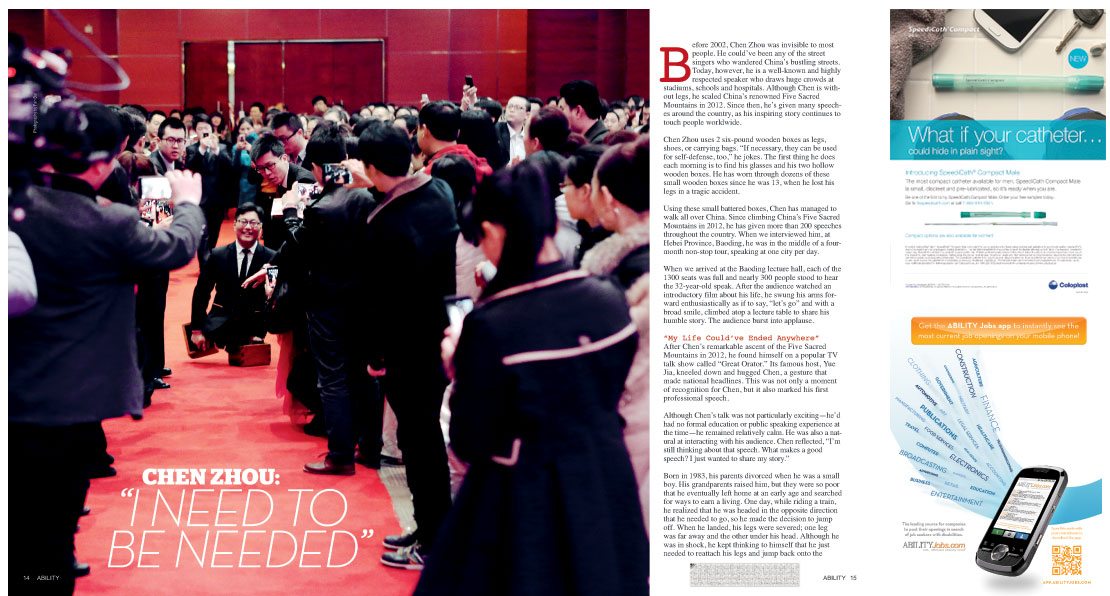 Before 2002, Chen Zhou was invisible to most people. He could’ve been any of the street singers who wandered China’s bustling streets. Today, however, he is a well-known and highly respected speaker who draws huge crowds at stadiums, schools and hospitals. Although Chen is without legs, he scaled China’s renowned Five Sacred Mountains in 2012. Since then, he’s given many speeches around the country, as his inspiring story continues to touch people worldwide.

Chen Zhou uses 2 six-pound wooden boxes as legs, shoes, or carrying bags. “If necessary, they can be used for self-defense, too,” he jokes. The first thing he does each morning is to find his glasses and his two hollow wooden boxes. He has worn through dozens of these small wooden boxes since he was 13, when he lost his legs in a tragic accident.

Using these small battered boxes, Chen has managed to walk all over China. Since climbing China’s Five Sacred Mountains in 2012, he has given more than 200 speeches throughout the country. When we interviewed him, at Hebei Province, Baoding, he was in the middle of a four month non-stop tour, speaking at one city per day.

When we arrived at the Baoding lecture hall, each of the 1300 seats was full and nearly 300 people stood to hear the 32-year-old speak. After the audience watched an introductory film about his life, he swung his arms forward enthusiastically as if to say, “let’s go” and with a broad smile, climbed atop a lecture table to share his humble story. The audience burst into applause.

After Chen’s remarkable ascent of the Five Sacred Mountains in 2012, he found himself on a popular TV talk show called “Great Orator.” Its famous host, Yue Jia, kneeled down and hugged Chen, a gesture that made national headlines. This was not only a moment of recognition for Chen, but it also marked his first professional speech. 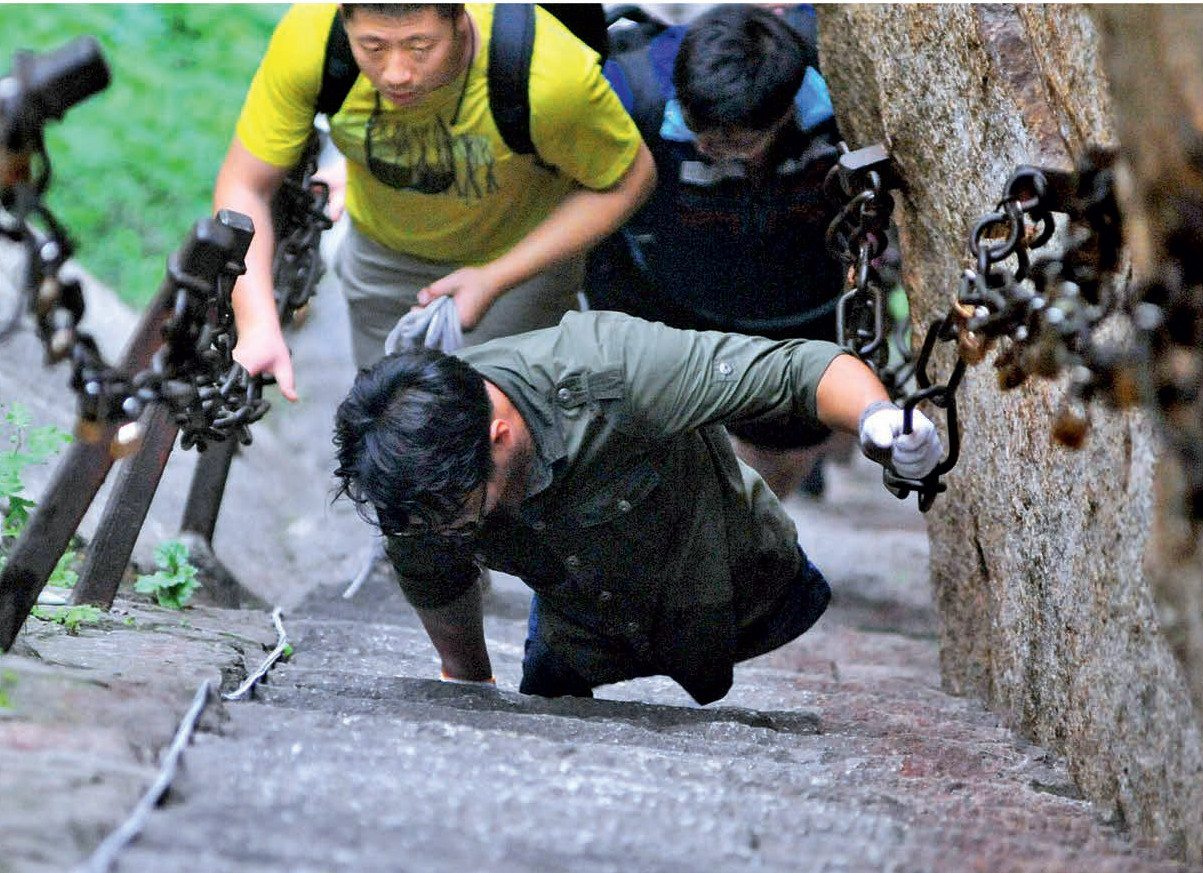 Although Chen’s talk was not particularly exciting—he’d had no formal education or public speaking experience at the time—he remained relatively calm. He was also a natural at interacting with his audience. Chen reflected, “I’m still thinking about that speech. What makes a good speech? I just wanted to share my story.”

Born in 1983, his parents divorced when he was a small boy. His grandparents raised him, but they were so poor that he eventually left home at an early age and searched for ways to earn a living. One day, while riding a train, he realized that he was headed in the opposite direction that he needed to go, so he made the decision to jump off. When he landed, his legs were severed; one leg was far away and the other under his head. Although he was in shock, he kept thinking to himself that he just needed to reattach his legs and jump back onto the train.” Fortunately, a railway worker named Baohua Sun saved the teenager’s life.

“At one point,” he said, “I thought my life would end in a corn field or on a street corner.” Although his life has been full of hardship, Chen found his way to music and began singing on street corners.

His life, he says, has turned out far better than he ever expected. In July 2002, Chen noticed a young woman listening to his songs. After three consecutive days, she finally asked him: “Do you need any help after you finish singing?” After that day, despite 28 consecutive days of rain, the two met each day and began to fall in love. Eventually, they married and had a beautiful daughter. Chen says of his wife: “She never treats me as a disabled person, and we are made for each other.”

In 2012, when Chen decided to climb China’s famous Five Sacred Mountains with his wife, he had a special surprise in store for her. At the top of the last mountain, Mount Tai, Chen organized a special wedding ceremony to celebrate their 10th anniversary. That day, July 7, was also the traditional Chinese Valentine’s Day called QiQi. So when his wife reached the top of the mountain and saw the wedding scene, she was overjoyed to renew their vows in such a spectacular setting. 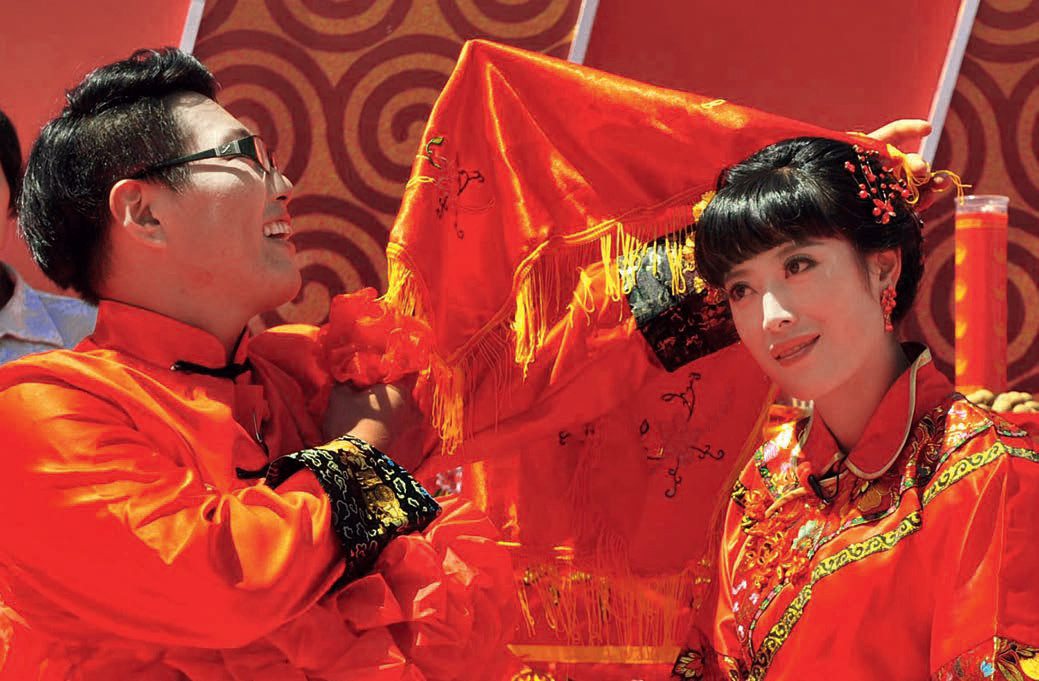 From Street Singer to Public Speaker

Chen’s path to public speaking was unexpected. One day, when he was singing on a street corner, a man approached him and asked: “Could you come to our hospital to speak to some children?” Chen replied: “I sing well, but I’m not sure that I can speak well.” “Don’t worry,” the man advised. “Just tell them your story.”

So Chen went to the hospital and told his story, which the children loved. “I had never considered that my story could actually inspire people,” he said. After this experience, he started giving speeches at nursing homes, hospitals, and schools. He simply told them about his personal journey and admitted that he couldn’t write Chinese well. He has since shared his life with thousands, and his life story continues to inspire audiences.

Although he’s earned coveted spots on national TV talk shows and in magazines, Chen speaks openly about the fact that he was uncomfortable at first with his newfound celebrity. Understandably, he was all sweat and nerves when he made a speech in Shan Dong Stadium to nearly 40,000 people.

Currently, Chen’s speaking schedule is busy. One of his favorite questions to ask his audience is what do they need most in life. People give him many different answers, but Chen takes a more fundamental approach: “What people need most is to be needed by other people,” he says. His empowering speeches give his audiences encouragement, which is what people also need. Chen Zhou still loves to sing, but he’s now studying at a specialneeds school. Someday, he hopes to become a special needs teacher, which is what is strongly needed in China for children with disabilities. This remains his ultimate dream. 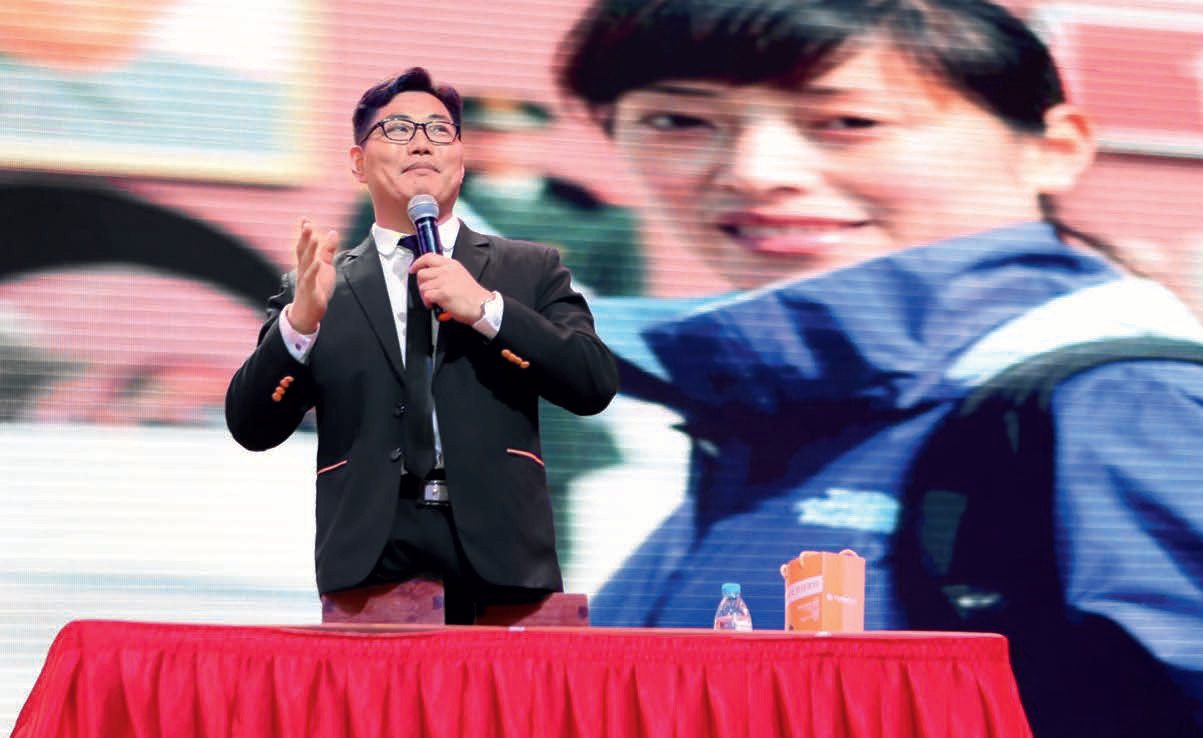