OrCam — A Point of Seeing 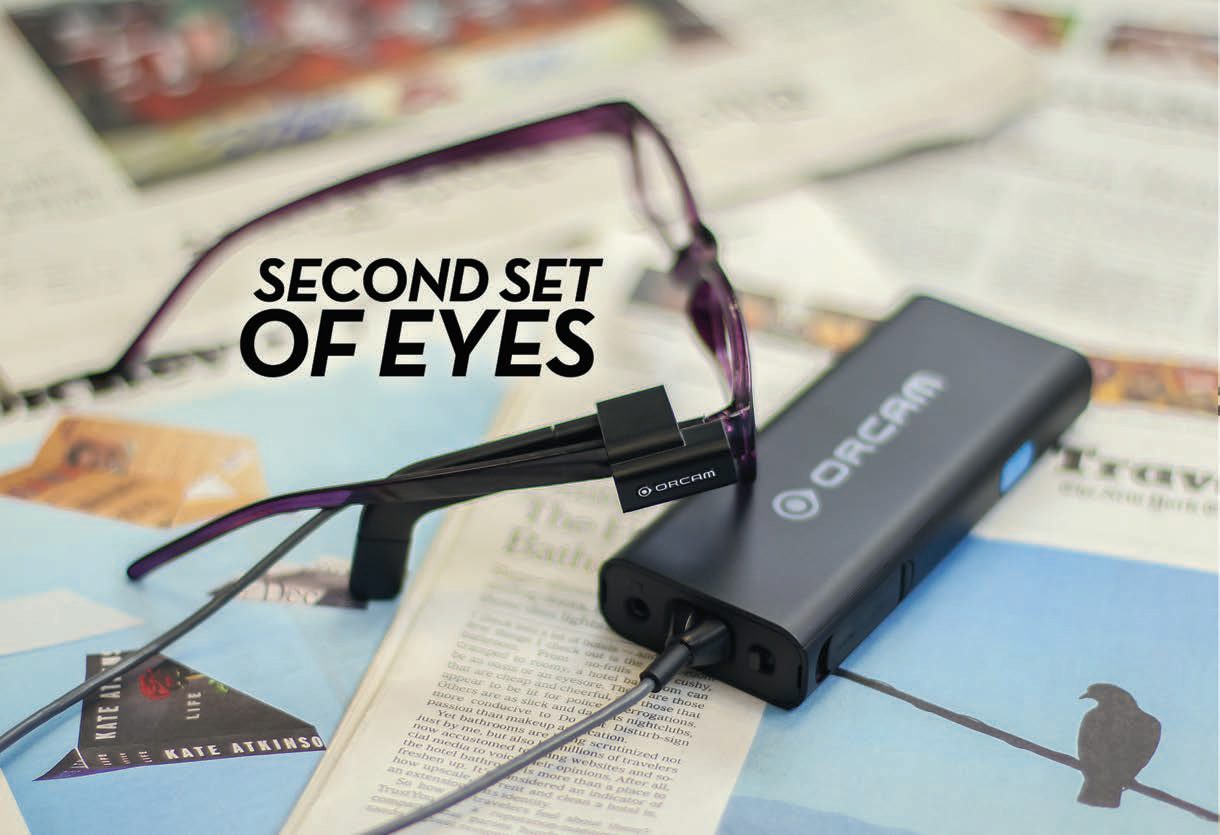 From perusing junk mail to researching art history, an assessable device is helping people with low vision discern what’s on the page when they want to read. ABILITY caught up with optometrist Bryan Wolynski, O.D., one of the team members behind OrCam. He is well-versed on the OrCam MyEye assistive technology device. When we met with Bryan, he spoke about the technology behind OrCam as well as gave us a personal demonstration of the device. He emphasizes the importance of the device, and lives it has changed. One of those lives belongs to Cindy Coons, who we also chatted with.

Bryan Wolynski: The OrCam has three different features. It takes a picture to read books, magazines and newspapers—anything that’s text. It won’t read handwritten text, but it can read any printed text. It also has some product recognition, such as Band-Aid, Coca-Cola or Entenmann’s, which are written in script but is also a logo. It has to memorize the product. That’s part of the machine learning aspect of the software. The other computer vision part of the software is facial recognition. It can help people who’ve lost their sight, as well as many people with macular degeneration, who can’t see facial features and don’t know who’s in front of them.

Cooper: You just met with young students and one someone who is 100 years old.

Wolynski: I’ve trained dozens of individuals around the New York City area. One gentleman happened to be 100, and he used the OrCam successfully. He used OrCam’s MyReader. The other version is called MyEye. MyReader just has software for reading, which was his specific interest, to be able to read his mail and the newspaper. He didn’t want his wife reading the mail to him. He was a lawyer, and actually, is still working two days a week. I trained him to use the MyReader, and I’m going to work with him a little bit more. He needs more TLC. But it’s amazing, and he’s so happy that he’s reading on his own, feeling independent. That’s what this is about, creating independence so someone can do his/her thing.

The youngest person I taught is 25 years old and is an art history researcher. She needs the OrCam to read and look things up. Without this, she couldn’t do her work. It’s great to see this from both perspectives, one using it in retirement, and another using it at work. I have so many other stories of people using it in many different ways. Most people who use technology, and are comfortable with it, say it’s freeing, because they’re currently relegated to either their basement or a room on the side of the house—their “low-vision” room, where they have all their tools and desktop stuff and screen readers, which are not portable. One gentleman told me it was great he could sit in the kitchen with his kids and wife and is able to read and do all the chores he wants 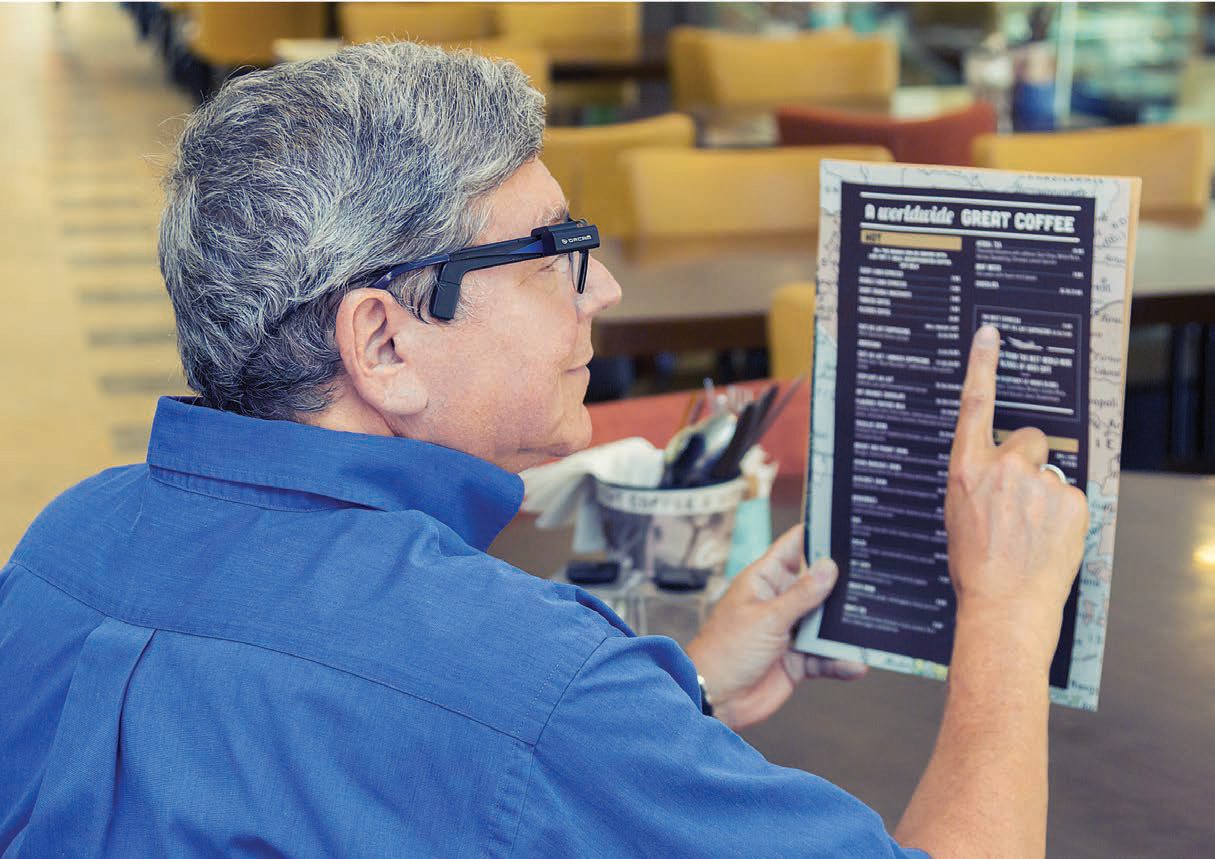 Cooper: The 100-year-old man, he’s studying for the bar with this?

Cooper: I need to get the joke in.

Cooper: This sounds great, but what if you’re not able to point.

If someone can’t push a button, possibly due to neuropathy from diabetes, you can point, and it recognizes your finger in an upward gesture, and then it will take a picture. If you cannot point or push a button, you can tap on the device, and it can take a picture that way as well. So there are many different ways OrCam can be used by many different individuals. OrCam has tried to come up with enough solutions for each person’s situation.

Wolynski: The text reading is optical character recognition. It only can do print. I’m an optometrist who trains people to use OrCam, and I work with my patients and clients to use it. I consult with them on that, as well as read up on some studies that are going on. One specifically was just completed at Wills Eye Institute in Philadelphia with glaucoma patients from 44 to 88 years old. It was a small, independent study to start. I was a liaison between the company and the patients, who had 20/200 vision or worse, which meant legally blind status. With OrCam, they had increased reading speed, which also has been shown to contribute to increased reading comprehension and increased quality of life and satisfaction.

Cooper: I remember the company that was the first to create what we know today as OCR.

Wolynski: Right. And those reading machines went for something like $40,000 back in the ‘70s.

Cooper: So this is different?

Cooper: Does it record the information anywhere?

Wolynski: No. It is not saving the information. It has a mini-USB port on this side. It’s capable of hooking up to a computer. Right now it’s not. The only thing the USB port is currently used for is charging.

Cooper: But it could be a Bluetooth that’s uploading on a regular basis, if we wanted?

Wolynski: It’s not even the immediate environment. It’s just the speed of it picking up that OCR; it’s instantaneous as you read. That’s why it’s able to work quickly, because it’s not uploading anything. Other instruments are slower because they have to upload, which takes time. This one is able to do it on the fly, right away.

Cooper: You can hear the text right away?

Wolynski: You can also increase or decrease the rate of speed, change it from a male to a female voice. There’s a lot of personalization you can do with the device that we haven’t done.

Cooper: Can it read other languages?

Wolynski: Right now it’s only in English and Hebrew in Israel. They’re looking at other languages, but we’re not doing that at this time. It’s been a great experience working with the company. It’s an amazing technology, and very bright people work for the company. They’ve really gone out of their way for a lot of individuals. During the pre-launch, they had people signing up. The first 100 people to get an OrCam device got a personal visit. It was all over the US. They sent me to Albany. They sent somebody else to Maine. I went to Florida.

Cooper: Who else went to Florida?

Wolynski: Only me. It was good. I worked there for quite some time at the Miami Lighthouse for the Blind and Visually Impaired, so I had some connections down there. It was interesting going down there for that. Not every technology will be good for everyone. Reese, who’s an occupational therapist, came up with an evaluation form. That way we could determine if somebody was a good candidate. I went to a woman’s home. She was not a good candidate. She kept pointing the instrument, kept talking into it, thinking it was going to talk back to her. She wasn’t the right fit. I had a nice cup of tea with her though.

Cooper: She was a congresswoman?

Wolynski: No, but with me being a low-vision optometrist, I was able to talk with her about her other options. That’s one thing OrCam has done, hired people who are trainers around the country who are certified low-vision specialists or occupational therapists. They’re all people who work in the field and have the best interest of the user, client or patient in mind. If someone buys an OrCam, they get an in-home training session of up to three hours from a certified OrCam trainer.

Cooper: Will insurance pay for it yet?

Wolynski: We’re looking into it. At this point, we are working with the VA. Just recently we found out OrCam was accepted on the list for the Department of Rehabilitation here in California. It’s an accepted unit now. That’s exciting.

Hopefully, it’ll get to some people who can use it on the job. I’ve seen that. There was another lawyer whom I worked with who’s using it. He was on a CNN interview. Another woman who’s a math teacher is using it. There are many people using it in their careers. A retired doctor just wanted to be able to read the journals sitting on his couch, instead of being at the computer with a screen reader. It’s more comfortable.

For Cindy Coons, a little gizmo has transformed her life. Legally blind since 1987, Coon’s doctor in Indiana recommended the 55-year old mother try the OrCam MyEye. Now, she wouldn’t dream of a day without it. ABILITY’s Paula Fitzgerald spoke with Coons about her experience with this pioneering technology and her new grip on independence.

Fitzgerald: How has the OrCam MyEye changed your life?

Fitzgerald: How long have you been using it?

Fitzgerald: It looks like it attaches to the frame of your eyeglasses.

Coons: Yes, it sits on the right earpiece of my glasses.

Fitzgerald: Is it heavy or uncomfortable to wear?

Coons: No. (laughs) It goes along the length of the earpiece of your eyeglasses, and it acts like the pupil of your eye, and the speaker is right by your ear.

Fitzgerald: Tell me how it works exactly? ...
Login to read the full article. SIGN UP HERE FOR YOUR FREE MEMBERSHIP
If you are already a member, welcome back! LOGIN HERE 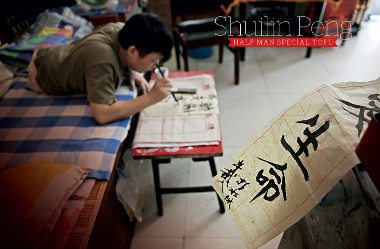 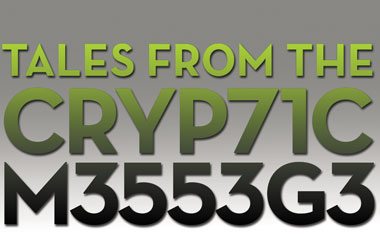 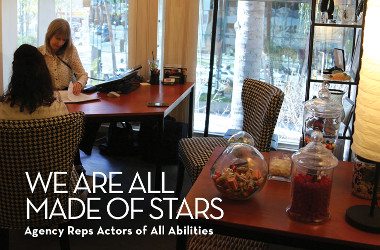 KMR — Talent Agency of the Stars 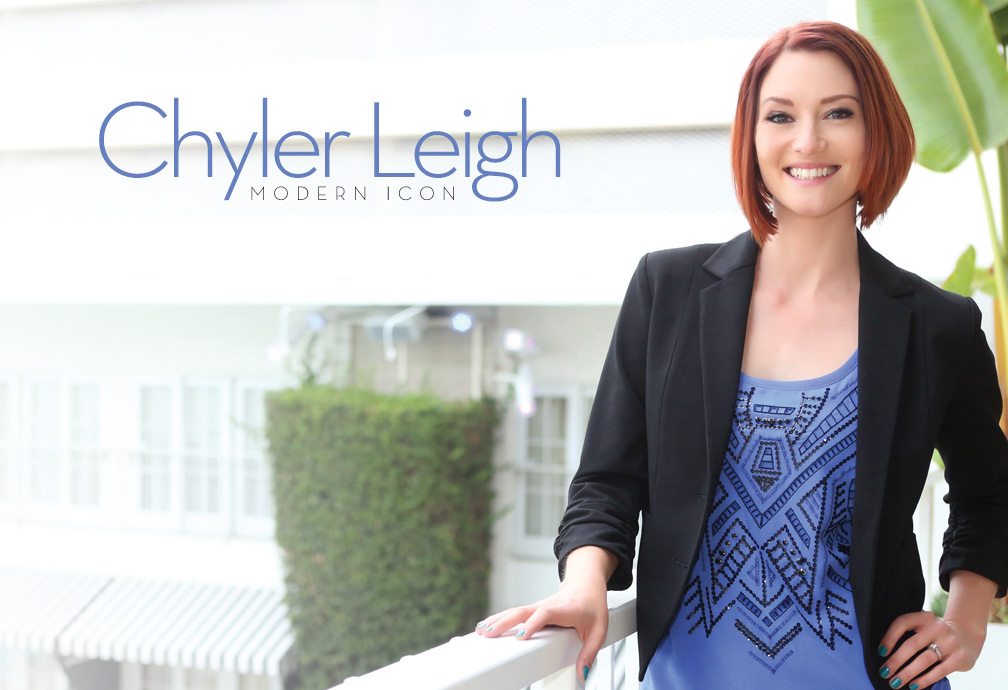 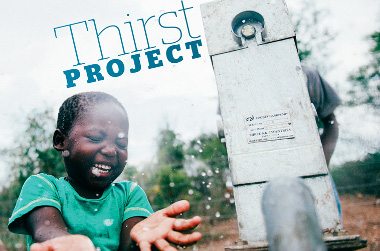 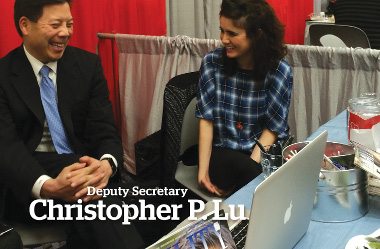 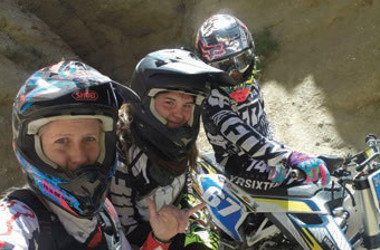 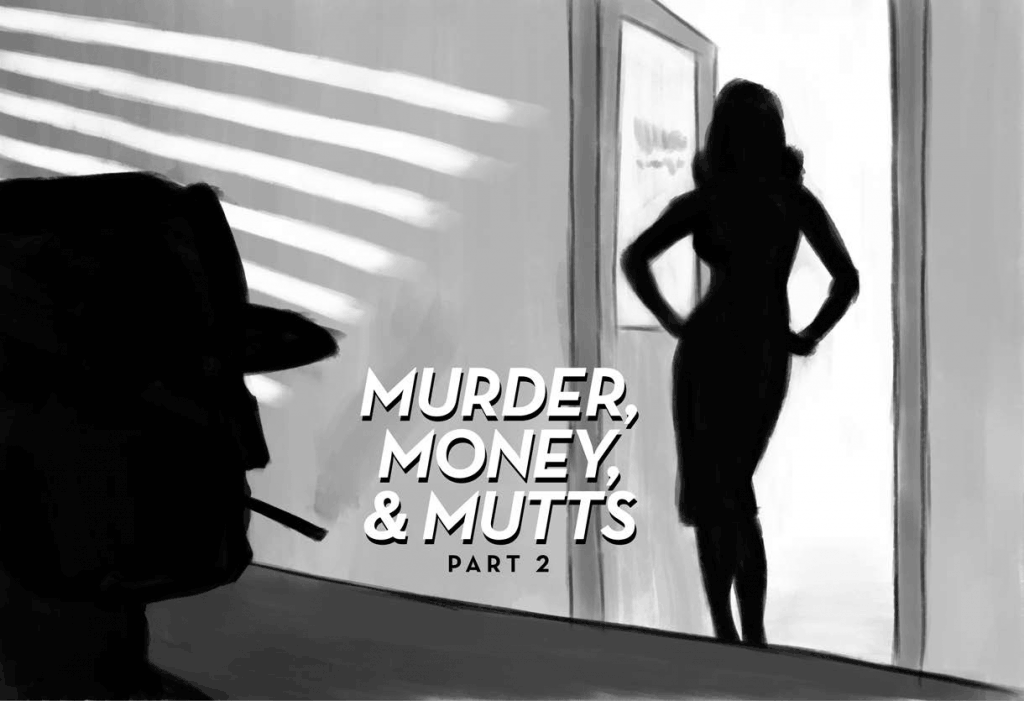 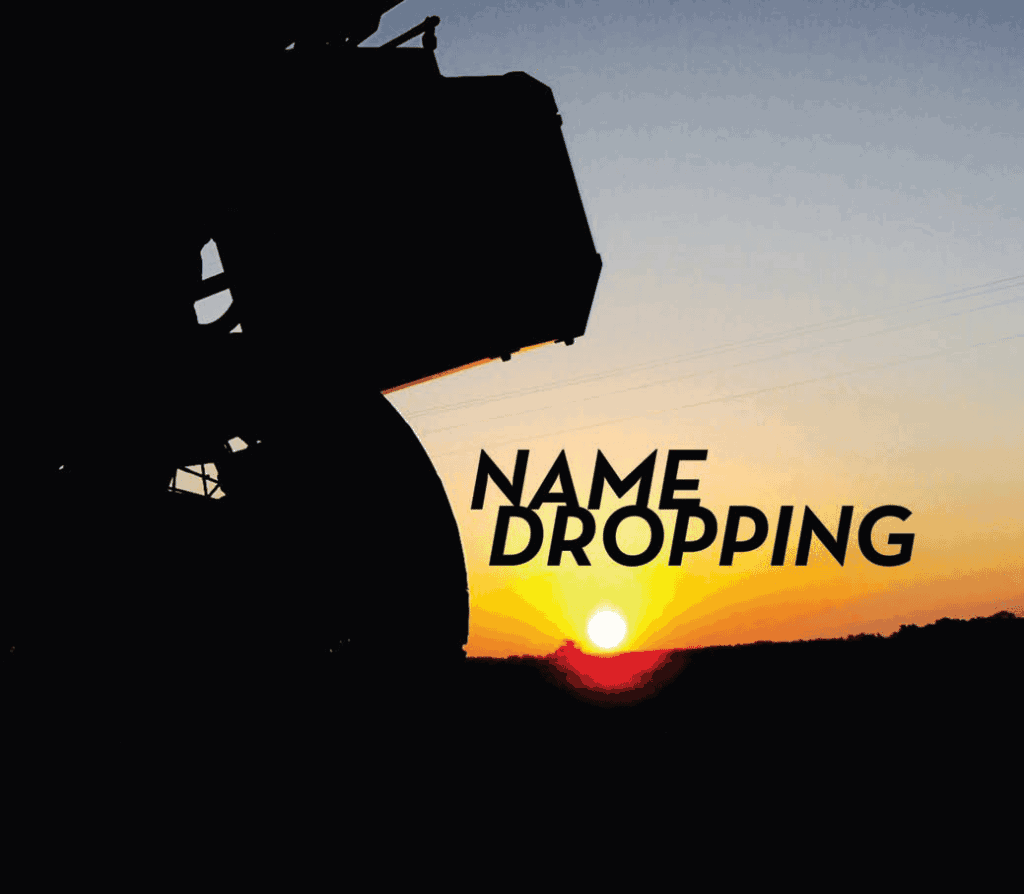 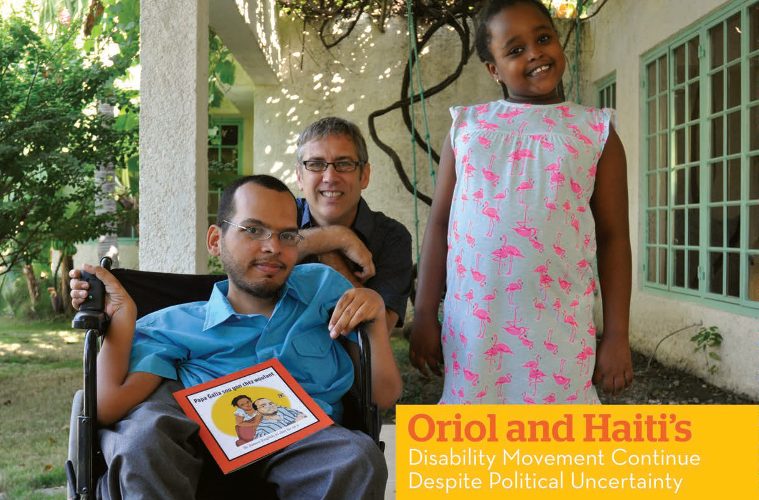 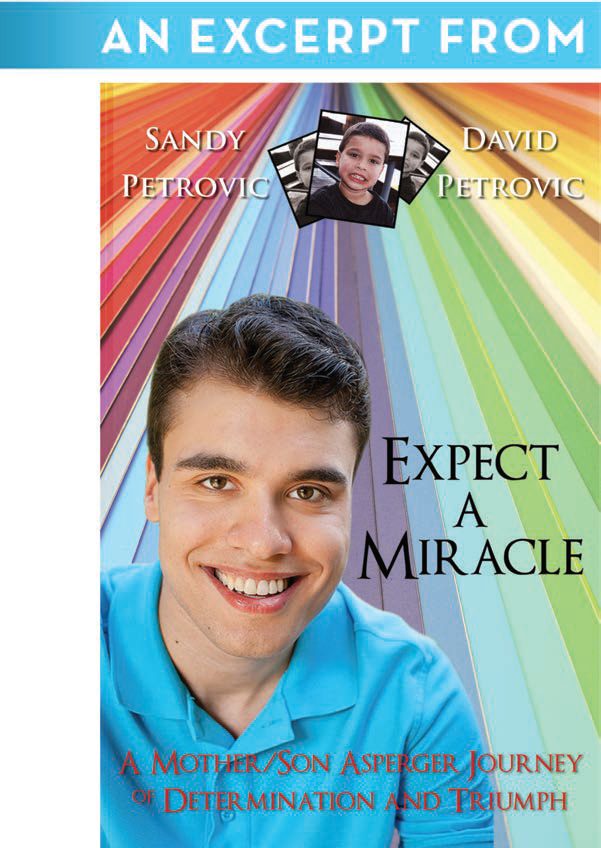