Pulling Back the Curtain with Judy Heumann

When I was five years old, I was deemed a fire hazard. Like millions of American children that year, I was entering kindergarten. It was 1952 in Brooklyn, NY and my mother was taking me to my neighborhood school to make sure everything would go smoothly on the big first day. It didn’t. The principal who personally “greeted” my mother and me at the school entrance informed us that my wheelchair, the one I’d used since I had polio at 18 months old, made me fire hazard because I could not independently exit the building. I was told to go home and stay home and not to worry because a teacher would be sent to me, segregating me from my peers.

This episode became a template for the experiences I would have throughout my life. My high school principal, for example, didn’t want me on the stage with the other graduates. Later, as a prospective teacher, examiners asked me humiliating questions about how I go to the bathroom. Still to this day, flight attendants talk to my colleagues about me rather than talking to me directly. Through these challenges I have learned a painful, but important lesson: my life was constricted not by my disability, but by the stories others told themselves about what disabled people are capable of. 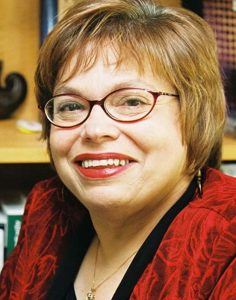 Looking back, I’m struck by a simple question: What if those who barred my entrance to school, asked inappropriate questions at a medical exam, or otherwise expressed their ideas about disability, had been taught to understand disability differently? What if they’d had the benefit of learning, from popular media, from the TV, films, and news programming that are central to our lives, that disability—which affects more than 56 million Americans of all race, class, and gender identity—is simply another way of being human?

Consider the way our understanding—and the media representation—of other historically marginalized groups has changed. The characters portrayed in Ryan Coogler’s Black Panther, for example, depart type from characters who populated 1970s Blaxploitation films, like Gordon Parks’ Shaft. Constance Wu and Henry Golding, who delighted audiences in Crazy Rich Asians, don’t look much like the characters portrayed in earlier movies like Thoroughly Modern Millie or Mickey Rooney’s character in Breakfast at Tiffany’s.

However, these efforts to diversify popular media hasn’t extended to disabled people. As a child, I rarely ever saw myself—or anyone like me—represented in movies or TV shows. The few disabled stereotypes I did see —facially disfigured James Bond villains or the powerless victim of Lenny in Of Mice and Men — were rarely real people facing the same kinds of challenges non-disabled people face, including the struggle to find love, build a career, deal with financial turmoil, or cope with family illness. More often they were disabled characters as one dimensional as a cardboard cutout, positioned like props for entertainment purposes. It’s 2019 and this week, Ali Stroker was the first wheelchair riding actor to be nominated for a Tony. While progress is being made there is so much more that must be done.

Although we constitute about one-quarter of the population in the US, just 2.1% of the primetime broadcast TV series regulars are disabled, according to GLAAD’s Where We Are on TV ’18-’19 report. An Annenberg Foundation and USC Annenberg Center report found that 2.5% of the top 100 grossing films over the past decade included disabled characters. And, the Ruderman Foundation found that in 95 percent of these examples, these characters were not played by actors with actual disabilities. This means that audiences have few opportunities to learn about us or our experiences, and have few examples to change their common thinking that disabled people are somehow broken, abnormal or in need of repair.

Late night show host Trevor Noah, speaking about the prevalence of non-disabled actors playing disabled characters, touched on how jarringly strange this phenomenon is when seen from a different perspective.

Noah cited a disabled actor who addressed the problem in a conversation online by explaining that, currently, the issue is not that disabled actors like him don’t get these parts but that they don’t even get called to audition for them. “As someone who is not in a wheelchair, I never thought of it that way,” Noah told his Daily Show audience. “It’s powerful because you [usually] don’t think about representation, you don’t think about how important it is for people to see themselves on screen in a real way.”

This is more than a missed opportunity. It’s a blight on the progress we’re making on the issue of diversity in media. When we talk about diverse representation in media, we need to include people with disabilities in the diversity conversation.

Remember the unspeakable video of Donald Trump mocking a disabled reporter? The President’s display provided an excellent example of the worst, most mean-spirited kind of misrepresentation—and misunderstanding—of people with disabilities who live, flourish and contribute to our diverse and ever-changing world.

What if people were to realize that many of their best friends, closest relatives, dearest loved ones, and most valued colleagues have some form of a disability, and perhaps one we cannot see? What if they were to experience the inner lives of disabled people through storytelling, to learn about the social injustices disabled people face as well as how our day to day lives are like theirs?

Never before has our society made such a concerted effort towards inclusivity. From the political sphere—with Congress now made up of a more diverse group of representatives than ever before—to award shows like The Oscars and The Tony’s—that have suddenly become a celebration of diversity, a veritable rainbow coalition of black, white Asian, LGBTQI performers. Yet, in a world of increasing inclusivity, it seems particularly odd that popular media still excludes one very large section of the population. Meaningful change begins with starting a conversation about changing the way disability is represented in the media and taking the necessary collective actions which finally results in authentic and meaningful inclusion of disabled people. One girl in a wheelchair presents far less of a hazard than does a culture that denies the truth of a prominent portion of its constituents.

Judy Heumann is an internationally recognized leader in the disability rights community and a lifelong civil rights advocate. She has been involved on the national and international front working with disabled people’s organizations and governments in the U.S. and around the world. 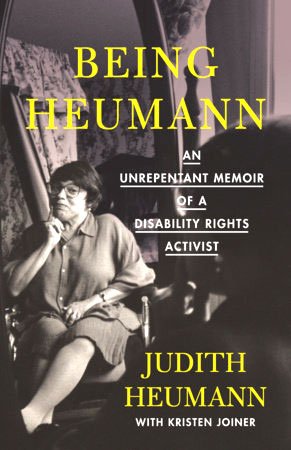