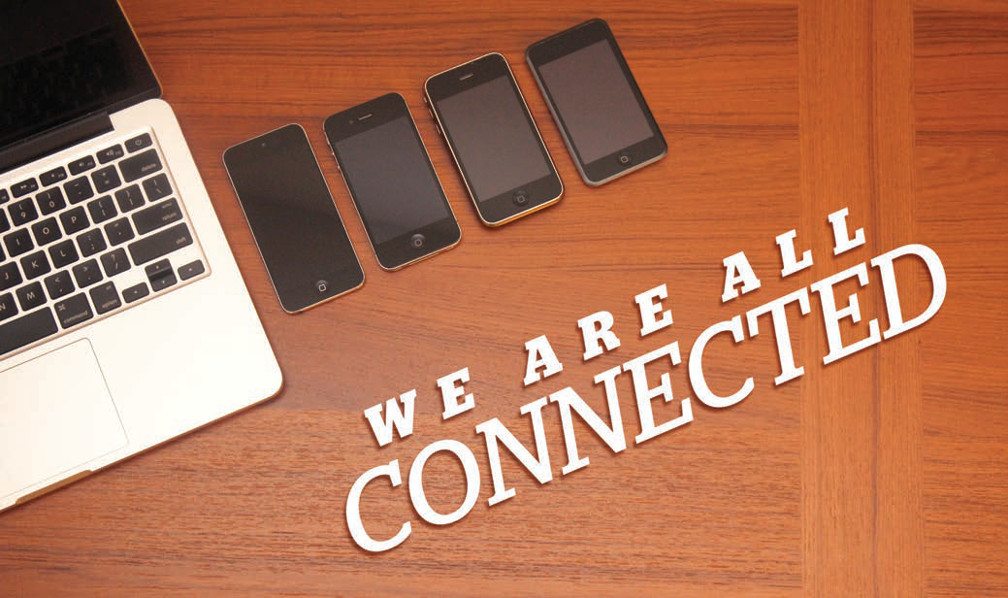 It’s 2015, and we live in a world where it’s easier than ever to stay connected to loved ones. However, because there are so many different ways to communicate, sometimes we actually communicate less than we did before we were bombarded with all this technology.

Flashback to the 70’s and 80’s. If you were alive then, you probably only had a landline, a typewriter and a box of stationery. We called friends on the landline, and returned calls if we had an answering machine that recorded voicemail messages. If someone lived at a distance, we wrote them a chatty note or a long letter. We made lunch dates, dinner dates, dates for Sunday brunch…and sometimes if we didn’t have a date, we’d go hang out at the discos until we found one!
It’s not that we don’t do those same things today— although it’s pretty rare to send (or receive) a handwritten letter. But with all the ways we have to keep in touch with people, our brains are sometimes operating on circuit overload. Should I Facetime, Skype, Facebook, instant message, tweet, text, call or email?
Also, the method of communication that you value as intimate, someone else may perceive as cold and impersonal. For example, let’s say that you love to send text messages, but the person you’re contacting hates to receive them—preferring a phone call. This can hurt the relationship.

The thing is, with seemingly infinite ways to stay connected, it’s become easier to be in touch with more people than we ever thought possible. So now that we have a few hundred “personal” friends, whom do we really wish to be close to, and how do we create boundaries with those with whom we’d like a bit more distance? If we do not create boundaries, then we don’t have the time to focus on the relationships where there is genuine closeness and intimacy. We’re close to everyone, at once, and everyone is close to us.

Some of us, through our texts, tweets, Facebooking, etc., juggle hundreds,

possibly even thousands of relationships. So we need to ask ourselves this question: If it were the 70’s or 80’s and, given the opportunity, would I save a message from this person on my answering machine, or a note from them that I received in the mail?

In other words, allow the world of yesterday to be a barometer to the world of today, giving us a healthy perspective on all these relationships that we cultivate through social networking. There are a lot of wonderful things that can come out of the current era, but only if we understand honestly who we are, and what we want in our relationships with ourselves and with others. Even in playing online games with others, we create a relationship. That’s another area in which I run the retro test: Would I invite this person into my home to play Scrabble in 1977? If the answer is “yes,” I start another game. If the answer is “no,” it may be game over. I know you might think I’m taking the spontaneity out of fun, instant connections, but I don’t think so. I believe that having to wrangle so many “relationships,” even connections to friends we were close to in kindergarten, can make us lose focus of interpersonal bonding. Try giving each relationship the “hallmark” of focus: caring enough to send the very best of ourselves. That, my friends, is a way for us to truly honor our connections.