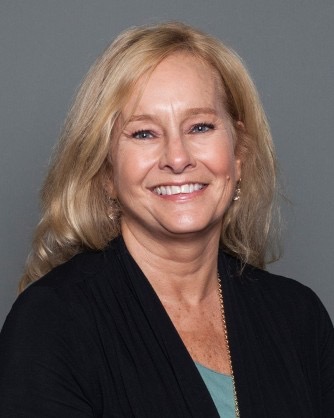 Dr. Sally Burton-Hoyle, sister to a person on the autism spectrum, has served on the Interagency Autism Coordinating Committee (IACC) and is currently a panelist on the National Quality Forum for Person Centered Planning (PCP) and Practices. Dr. Burton-Hoyle has developed both graduate and undergraduate programs in Autism Spectrum Disorders at Eastern Michigan University. Additionally, she has developed curriculum and trainings in PCP for mental health professionals in developmental disabilities and mental illness and those with dual diagnosis extensively in Michigan.

Dr. Burton-Hoyle worked to enact into Michigan’s Mental Health Code a statute, which mandates PCP for eligible recipients with a developmental disability and/or mental illness. Since this became a part of the Mental Health Code in 1995 she has trained all mental health authorities throughout Michigan in PCP and facilitation of the process. She has developed curriculum and trainings in PCP for entities responsible for providing services to those that are dually eligible for Medicaid and Medicare and she is currently working to develop a set of core competencies for performing PCP facilitation.

My name is Sally Burton-Hoyle, and I am a professor of special education and also developed and ran a college support program for college students with autism. And my life has been around advocacy. I had the pleasure of growing up with a brother with autism, which has guided my life. I have had the ability to look at the world from not only a neuro-typical side, but from the opportunities he did and didn’t have. So that that’s as a significant part of who I am and what my career is as anything. My first memories of discrimination or lack of opportunities for people with disabilities came when my brother was born in 1964, and by 1966, my parents were desperately trying to get an evaluation for him. And there just wasn’t any, there just wasn’t any, and then they finally did evaluate him and they said, yes, he has,

you know, he has severe autism and so 1966, what is there? No, there wasn’t, there wasn’t anything. You know, we thought, okay, that therapy or, or schools or something, and no one would take my brother. That’s quite a while before 94-142, which mandated special education. So, you know, besides medical accessibility, education accessibility, and you know, now of course, you have that opportunity from the second your child or sibling gets a diagnosis. And with Tim, it was, it was futile. The, the unfairness of it all really came about from, you know, private schools, you know, turning awat my brother or private schools that, we didn’t have very much money charging $2,000, $4,000 a month, and then kicking him out, and of course not returning any of the money.

So there was a financial unfairness. It was so unfair that even then once 94-142 came to be, they said still that they would take my brother for part of the day. So I rearranged my college courses to you know, watch him in the morning and then take him to school, which they would allow him to be there for half a day. Because of the whole emphasis on rights and accessibility that was championed through the ADA, I think that that really is as not as much a problem. I’m not saying schools are perfect and when kids have confusing behaviors, they certainly want to turn them away, but they don’t have a right to do it. And I think that’s what makes a difference. Now with the idea that people with disabilities have a rightful place in our society,

they have just as much a right to, you know, to be asking for and, you know, getting, the sorts of accommodations and supports they need so that they can live the life they want in the community as everyone else does. When we think about what the impact of the ADA is and when I first noticed it was in was in the year 2000 when my parents had passed away and I moved my brother to Michigan to, for self determination. And my aha moment that the ADA had made a difference was when we crossed into the state of Michigan and there was a billboard that said, Great Lakes, Great Times. And my brother, I felt like was free, free at last. And so he liked that, that billboard that said Great Lakes, Great Times. So he repeated it over and over and over again for, for several hours. And that was kind of the mantra of his life. And so when we think about like right now, people with disabilities, no matter the severity, can live a life in the community. And that was not anything that was done prior to the ADA. People would be happy with and suffer of course, when their children were in state institutions and group homes and whatnot, and the, the influence of the ADA on all mental health services has propelled, you know, life forward for so many individuals and their families.

I think that if I were going to find one thing that would be something that we universally should be working for, it is the rights of people to have choice in their life. Self-determination is the idea we all have support and freedom. And we have responsibility along, with the systems that are gonna support us. But I think universally, if we look at anybody who has a need, that we meet that need, we look at what their choices, we look at what their strengths are, and then we look at what their needs are and when we match those sorts of things up, I think that everybody on a daily basis sees the wisdom in that. So the future belongs to those of us that are fighting for self-determination for all people.

I think that every day we’re breaking stereotypes about various disabilities, because we’re seeing that when people are supported in the community and the accommodations are there, again, thank you, ADA, that that would not, that wouldn’t be a thought, we would, we would be continuing to stick people in institutions, but now it is how do we support a person so that they get the life that they need. So when we have self-determination and it’s supported by person-centered planning, and we look at that across all disabilities and all people, I think that what we have learned from accommodations and the Americans with Disabilities Act is going to only make the world a better place.

People always ask, what’s the first thing that we need to begin doing. And I think it is to recognize our differences and very quickly move to recognizing the commonality. When we can accept who we are, what we need, and then build on our strengths, I think that, um, I think that, that all people, people with disabilities, people without disabilities, that we are all going to be kind of work as one towards, towards a better society. Because we all want to be where we want to be in the community and with the right accommodations and supports, it’s possible for all. So I think everybody needs to just stop right now and accept who they are, who their neighbors are, and reach out. You know, I’m, I’m so past awareness, um, you know, growing up with a brother who did, you know, twirling and jumping around and things like that, oh people were very aware, but that did not mean any kindness came from them. So I think that we all need to accept one another. That acceptance is the key.