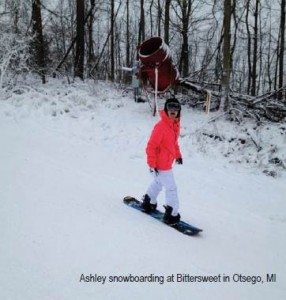 During the crazy Christmas and New Year’s rush, I still found time to head out to California to do a photo shoot for Alpinestars. They flew us in to Zaca Station in Los Olivos, CA, about an hour northwest of Santa Barbara. When Chris from Alpinestars picked me up from the airport, he was trying to drive, make eye contact with me here and there, and talk, which made him totally miss a stop sign. They talk about the dangers of driving and texting, but they should think about adding driving and signing to that list.

Chris more than made up for the oversight by bringing along a little surprise—a 2013 Kawasaki for me to ride. I have wanted to check out a Kawasaki since I was little, so I was pretty stoked to find one out on the track with the number 67 on it! As soon as I saw it, I knew it was meant for me. It was so much fun and so easy to ride that I felt lucky to have the chance to try it out.

It felt great being on that Zaca track again. I once shot a Red Bull commercial there. It’s fun and the views are gorgeous! It was especially nice to have the whole Alpinestars crew there, along with a few of us riders.

We all had a blast over the next few days, trying to show off by seeing who could throw the biggest whips, and Alpinestars had some pretty rad looking new clothes and boots for motocross and road riding.

That trip to Cali was just one of many good things going on during the holidays. I also had a chance to hang out with my family and friends and make some good memories on the East Coast. One of our friends, Ron, brought the whole family some funky looking “footed” pajamas, and we all wore them on Christmas morning at home in Florida: Me, Ron, my mom, my dad, my little brother, my grandpa and my roommate. We were standing in front of the tree trying to figure out my mom’s camera timer to take a picture; it was pretty crazy and we looked hilarious! 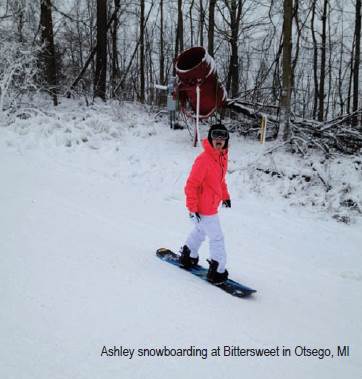 After Christmas, I flew to Michigan to visit friends and family up there. I went with my friend Bsharp, aka Brittany, and bought some pretty sweet looking new snowboard gear. She and I had to try out the slopes. We had so much fun. I hadn’t been snowboarding in two years so I was rusty, but luckily it snowed in Michigan and we had some fresh powder to work with. I was proud of myself because I did the best that I have ever done. Sure, I fell a few times, but managed not to land on my head. With my history of concussions from motocross, I was trying to save the ole noggin!

On New Year’s Eve, me and Bsharp went to see our other good friends Laura and Megan; I grew up racing with them when I lived in Michigan, and we would see each other all the time at races. They don’t race anymore, but I’m happy that I’m still in contact with them. We played Xbox Kinect for hours and hours, and I never play video games 🙂 By the time we were done, we were so worn out that we got in bed just in time to watch the ball drop. That part of the night wasn’t very exciting, but I was glad to spend time with my old moto bffs.

The next night Bsharp, our friend Maria, and a couple other friends all went out to a Japanese steakhouse for dinner, and apparently I have a new boyfriend—the chef. He told me that he could be my sugar daddy, and cook for me every single day! Then my friends told him that I was a professional MX racer with four championships and two X Games gold medals. He was surprised by that and said that maybe he got it twisted; maybe I should be his sugar mama! We all laughed at that one. 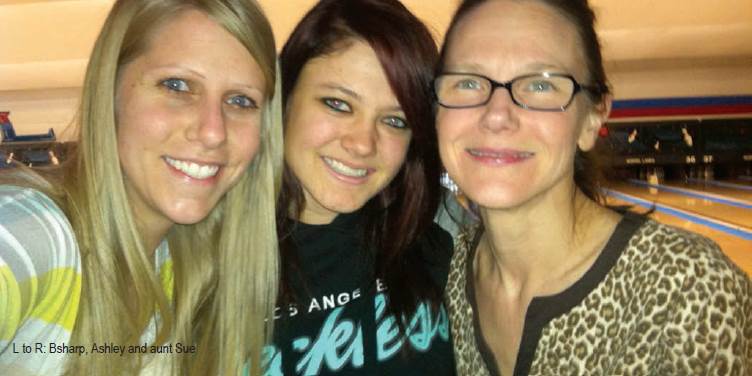