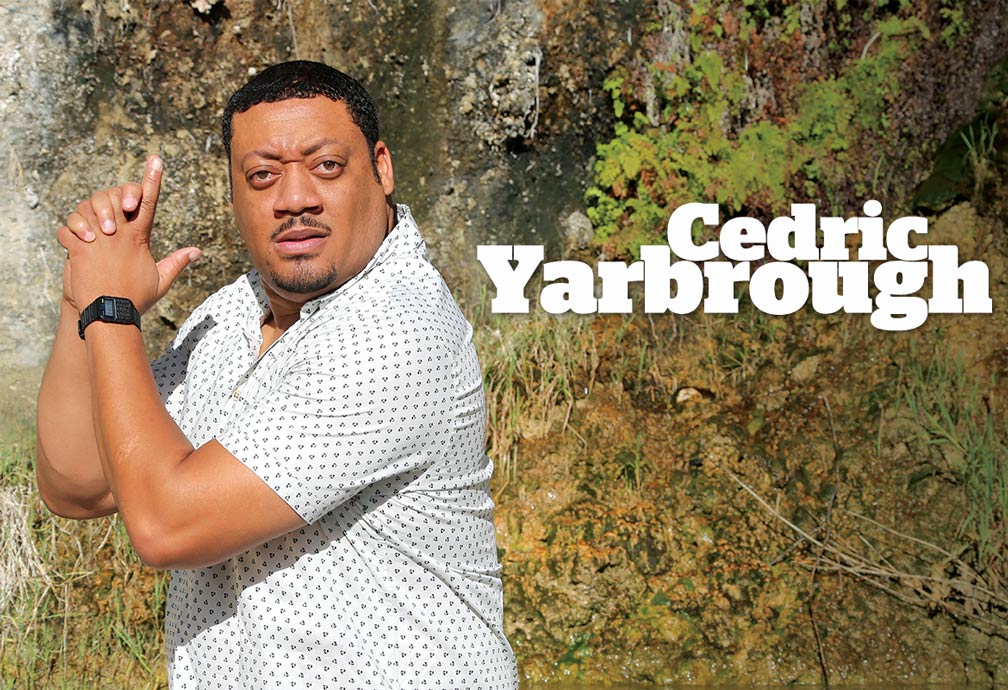 Actor Cedric Yarbrough has a cool, calm, collected vibe about him. He seems genuinely grateful for being able to do what he expresses so much passion for. When talking about his family and especially his mama, their warm pride of his endeavors is felt through his words. It’s refreshing to see that he goes beyond the script, from doing more research of characters he takes on, to being open to an organic improvisation, bring more authenticity to a scene.

Yarbrough is a good conversationalist, roots for the good guy, and enjoys a good laugh. And he knows a thing or two about comedy! Since making his way to LA in 2000, he’s nabbed coveted TV roles in Comedy Centrals’ Reno 911!, Arrested Development, Comedy Bang! Bang!, and The Goldbergs. He’s also made his mark on the big screen in Meet the Fockers, Black Dynamite, and The Boss, plus others. ABILITY caught up with the actor to talk about his path to acting and his current role as kind-hearted Kenneth on ABC’s Speechless, starring Minnie Driver as the mother of a son with cerebral palsy. If you’ve caught the show, you have seen the adventures these characters go on sprinkled with plenty of relatable scenarios!

Lia Martirosyan: What got you into acting?

Cedric Yarbrough: I was always interested in acting, but in my high school sports was the cool thing to be part of, and I was still very into being cool. So I played a lot of basketball and football. But I always had that want to be in theater and to be a part of theater arts. But in my school, it was just a really nerdy thing to be a part of. Everyone in my school wore bowler hats—they were always on, always acting, and all so big. I was like, “I can’t be that, even though I wanted to be.

Martirosyan: What high school did you go to?

Yarbrough: This was in Minnesota at Burnsville High School. When I graduated, I was able to go to a community college where they didn’t have any sports and none of my peers were there, none of my friends, so I could really get into acting.

Martirosyan: So you didn’t feel any pressure or judgment?

Yarbrough: No. So I was able to wear bowler hats and be as big and stupid as I possibly could, and then from there I got a scholarship and went to Minnesota State University, where I really got into it.

Martirosyan: So you got a scholarship in theater? Nice!

Martirosyan: What was the first production you took part in there?

Yarbrough: The first production I ever did was A Streetcar Named Desire. I did that and really fell in love with language and scripts and Tennessee Williams and how you just transport people into this whole world by watching other people doing it. That really sat well with me. My mother is really big into musical theater—The Sound of Music and Seven Brides for Seven Brothers. She would wake us up in the middle of the night to watch these old musicals. 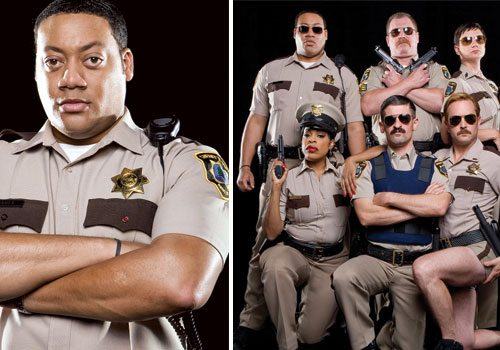 Yarbrough: She would make popcorn or mac and cheese or cereal or something, and wake us up. “Get on up! Sound of Music is on!” You know, that was before we had VCRs and all that kind of stuff. So that really fueled my first love of acting and theater and music. When I finally got to college, I was able to try it.

Martirosyan: Where did the comedy come in to your life?

Yarbrough: Accidental, on purpose, all of it! They’re really goofy. We played tricks on each other all the time. That was always kind of an innate thing. We were always joking. We were always trying to one-up each other, including my mother. That was kind of just a thing we always had, and I’ve been able to incorporate what I’ve always known into what I love to do.

Chet Cooper: Lia actually crazy-glued the couch. She thought that was funny.

Martirosyan: Is anyone else in your family in entertainment?

Yarbrough: No one else has gone into this crazy business. But I remember my mother telling me a story about when she used to sing, really sing. She grew up in Jackson, Mississippi. One day Barry Gordy from Motown was looking for singers, and she wanted to audition, but she never did.

Yarbrough: She never had the courage to really try it. So that’s always been in the back of my head. A lot of times you tell yourself no with things, a lot of times you discourage yourself.

Martirosyan: You get in your own way.

Yarbrough: Yeah. I’ve tried not to do that to myself. I mean, I edited myself all the time, but I’ve told myself yes more than no, and with those yeses, I’ve been able to actually have a career.

Cooper: Do you sing?

Yarbrough: Oh, yeah. I sing. I’ve done a lot of musical theater. A lot of music in different shows. Crazy Ex-Girlfriend is a really great show right now with a lot of music, and I guest-starred last year. They didn’t have a song for me, but I knew they did a lot of music. I was like, “I’m not doing the show and not singing a song.” So I improvised a song, and they put it in the show.

Martirosyan: When did you make the big move to
Hollywood?

Martirosyan: That was all set up for your arrival! 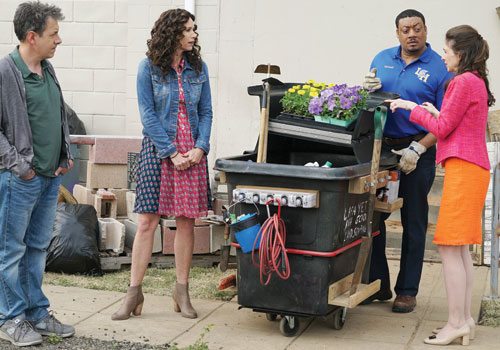 Cooper: And you got nine eleven?

Cooper: What did I say?

Cooper: Isn’t that the same?

Yarbrough: Well, you’ve got the same numbers in there!

A lot of people do that. You’ve got the right numbers, yes, but a different connotation.

Cooper: That was your first major show, right?

Yarbrough: That was the first big series I was able to be a regular on. I came out here in July, and I met the Reno 911! guys in October of that year. The show was sketch comedy at the time. It was entitled Ugly Americans, and it was just a sketch show for Fox. ...
Login to read the full article. SIGN UP HERE FOR YOUR FREE MEMBERSHIP
If you are already a member, welcome back! LOGIN HERE