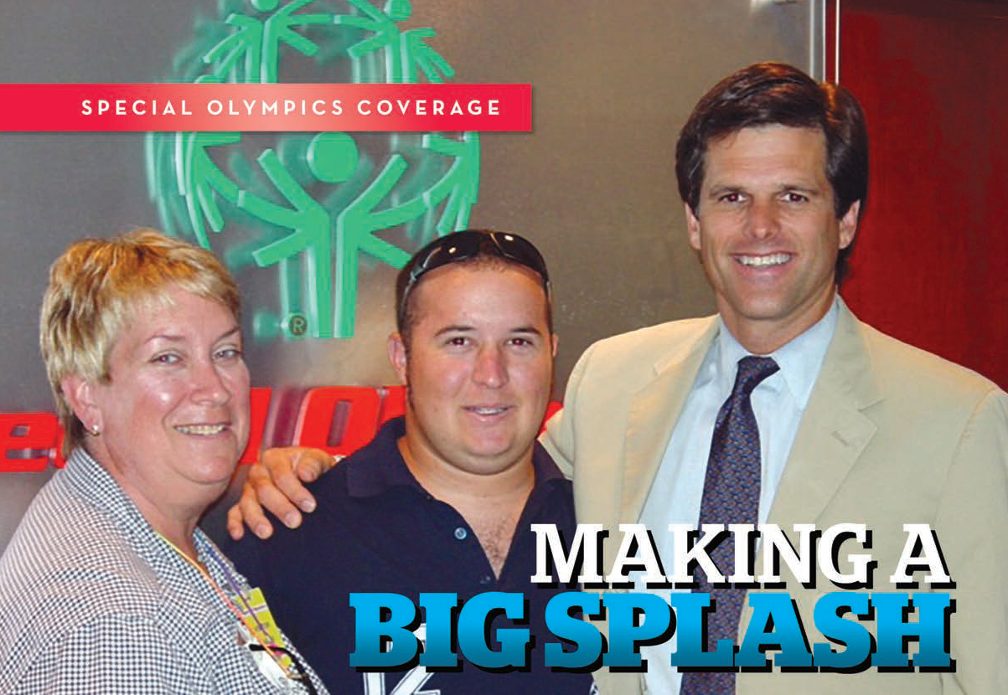 My son, Mati Oren, will be attending his fourth Special Olympics World Games in Los Angeles this summer. At age 32, he’s been active in Special Olympics (SO) in Israel since he was 12.
Born with several medical problems, he’d endured eight surgeries by the age of 4. This left him with cognitive and developmental delays. He became the first child of our kibbutz (communal agricultural village) to attend special education from the first grade on.

To get there, he would have to travel by taxi about 35 minutes northwest of our village, to the seaport city of Haifa, starting out at 5:30 every morning. The school, which introduced our family to SO, also generously sent Mati to his first swim meet with the organization. Our family went with him, and we all quickly became smitten. Mati, who started out as a pool sprinter, was then invited to join the national SO swim team, which met once a week in the center of our country. It was not an easy task for us in those days as we had no car, and he did not get home from school in time to make it to the training session. But our kibbutz rallied around us, and we found a way to shuttle him from Haifa to the training, where we met many families and coaches. It didn’t take long for SO to become a way of life for our family.

At the 2003 World Games in Ireland, Mati brought home four gold medals in aquatics, and broke an SO world record in the individual medley, which entailed swimming the butterfly, backstroke, breaststroke and freestyle. When Mati needed to train more often, he had to learn how to take the bus. Around this time, there was extreme political turmoil in Israel, which made it an especially challenging time to try to get around by bus, but we had to allow him to go to his training and meet up with his great coaches.

After Ireland, I sought to challenge Mati and our other seasoned swimmers, and found the 2006 open-water swimming event, the RCP Tiburon in San Francisco. We organized a small team of nine swimmers, three coaches and four family members, and with the support of Northern California’s SO Program, Mati participated in the open-water mile competition.
At the 2007 World Games in China, Mati took home three gold medals and a silver in the Outstanding Swimmers Category. After that, he switched over from pool events to open water swimming. In 2011, he participated in the first SO open-water swimming event at the World Games in Greece, and will participate in that same event this summer in Los Angeles.
Mati loves the water, whether he’s competing or not.

Two years ago, he realized another dream when he became a licensed lifeguard. He’s on duty in the summer after his regular work hours, as well as on weekends. Having a son involved in SO year after year pulled me in closer as well. I became Israel’s Family Coordinator and a Global Family Leader for SO Europe Eurasia, helping to facilitate Family Support Network Seminars in our region, as well as sending family delegations to events where our teams participated throughout the region and the world. 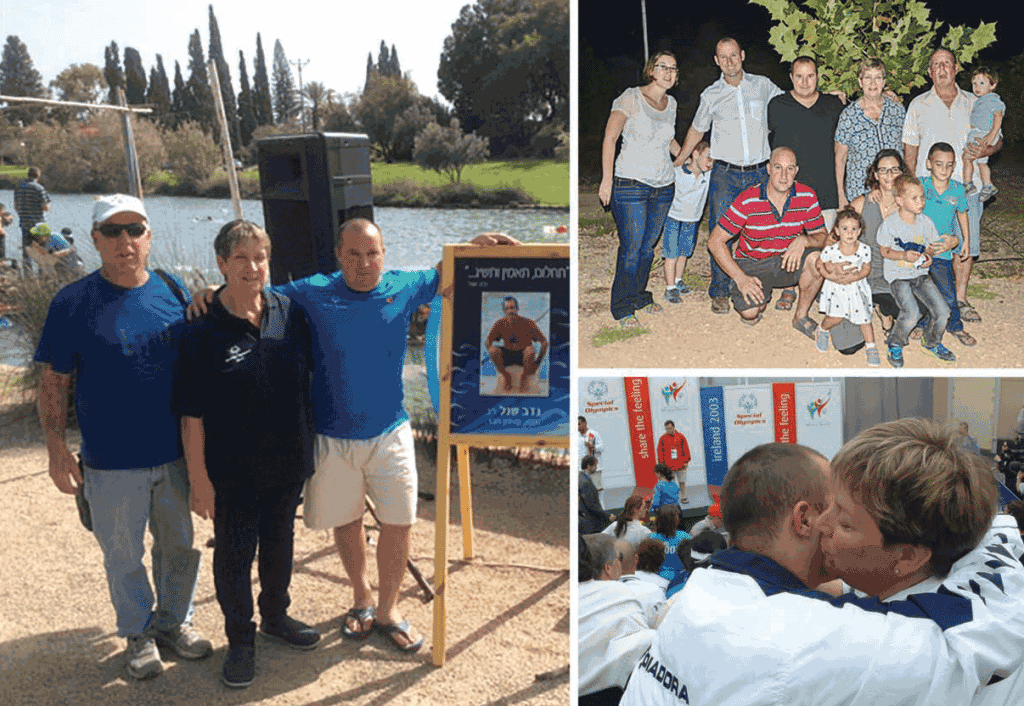 It’s a beautiful opportunity for families to connect, despite language differences. And over the years, I’ve had the privilege to meet the most amazing people, including Eunice Kennedy Shriver, founder of SO. I feel blessed to carry on her dream!

Mati is creating his own legacy with the backing of his brothers, and now their wives and children. He’s always had the support of our kibbutz village, our regional council, his school, and later his job. For more than a decade, ...
Login to read the full article. SIGN UP HERE FOR YOUR FREE MEMBERSHIP
If you are already a member, welcome back! LOGIN HERE
by Vicki Orena

Left: Mati and his mother with Tim Shriver; above: The love of family