How ironic to be courageously barreling through life—seemingly with rhythmic ease and strength—and within a moment find myself shaken into a frailty that few comprehend or understand. I am a woman of steel but also as fragile as lace. In my life, few are privy to this duality, and until recently I had difficulty accepting it myself. My private battles as a seemingly typical single mother—career-driven, success-oriented, willful and stubborn—are made intricately more precarious by my battle with what is classified as medically intractable epilepsy; the best medication available still cannot eliminate my seizures.

My first seizure experience was at nine months of age, brought on by a high fever. Febrile seizures are often innocuous in infants, but when I was nine years old I started having spontaneous grand mal attacks. I would lose consciousness and become stiff, then shake violently from head to toe. For three years I took a medication called Tegretol; I had four more attacks, and then the seizures disappeared by the time I was twelve. My illness was believed to have been childhood epilepsy, which I was assumed to have outgrown. Wonderful! And for 12 years things were serene…

At age 24 I was married with a beautiful six-month-old son. I had been in the States for almost two years, with a new family and a wonderful life. What more could I ask for? Then one day we were grocery shopping, halfway down the first aisle, with my husband pushing the shopping cart and my son on-board, and I felt a little funny. We had been out late two nights before, and perhaps I was still tired…no, I felt dizzy, and the lights were bothering me. I asked my husband if I could push the cart. He looked at me and asked if I was feeling okay. I told him I was fine, just feeling a little off. The feeling was vaguely familiar, but I could not put my finger on it at first. I started feeling even more odd, faint, and I asked if we could leave. My husband looked at me with concern but did not argue. I was leaning on the cart for stability and feeling very strange. I remember heading toward the exit, and then nothing…darkness.

I had had a big seizure, the first one in twelve years. I was fading in and out, woke up to paramedics, and the rest—well, here I am today. The seizures are still present, but I have not had a blackout since then.

I feel fortunate in many ways. My seizures currently are not completely debilitating, and my quality of life, while sometimes stressed due to my condition, is not unbearable. I have learned to live with the seizures. I now experience what are called simple partial seizures; I don’t lose consciousness but I lose control of parts of my body. The symptoms include visual disturbances, rapid pupil dilation, uncontrolled eye and jaw movements, and localized body quivers and shakes that occasionally become generalized to my whole body. An episode can last from seconds to minutes. Sometimes episodes will cluster and increase in severity to where only the emergency drug Ativan is helpful to stop them.

Additionally, my seizures are preceded by what is called an aura—a strange sensation warning me that the seizure is about to occur. Simple partial seizures themselves, however, are often referred to as auras that may predict the onset of a more severe seizure. Since I have had other types of seizures in the past, I can never tell if my seizures will someday progress again into something more. When my seizures cluster, there is always the possibility that they will again lead to a generalized seizure where I lose consciousness. At times it can be quite frightening. But having the aura allows me enough time to reach for emergency medication if needed, and to remove myself from public eye as well as from any possible danger. Not everyone with epilepsy experiences auras, so I am fortunate, as having an aura and being able to recognize it helps greatly with seizure control.

Unfortunately, my seizures cannot be controlled completely by medication, and the potential for that to change in the near future looks bleak. Thirty percent of people with seizures are non-responsive to drug therapy, meaning our seizures are either not controlled at all or are not completely controlled by anti-seizure medications. I have tried multiple medications, both alone and in combination, but without good long-term results. Between the side effects and break-through seizures it seems that my doctors have exhausted all options for drug therapy. An epileptimologist, a neurologist who specializes in epilepsy, treats me. I would highly recommend that anyone with a seizure disorder seek a specialist in epilepsy for treatment either independently or in conjunction with a primary neurologist. 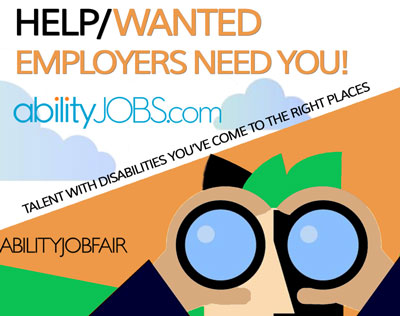 Now I find myself a candidate for brain surgery. After many tests I have been told I have a somewhat uncommon situation. I have an abnormality in the right parietal lobe (one of the middle lobes of the brain) that can be seen on an MRI. For most people considering brain surgery, it is better to have an abnormality on the right side than on the left side, because one of the biggest worries in surgery is preserving language function. Ninetyfive percent of all adults are right-handed, and 95 percent of right-handed people have language skills on the left side of the brain. I am ambidextrous (I can write with either hand), but functional neurological imaging has shown that I am naturally left-handed, with my language skills on the right side of my brain. I actually write with my right hand, apparently not uncommon for left-handed people my age (being forced to write right-handed was common practice as few as 30 years ago). So surgery carries some risk for damaging my language abilities, given the location of the abnormality.

The inconvenience of being in and out of doctors’ offices and the occasional ER visit puts a damper on my struggle to maintain a sense of normalcy in my life and career. I finally realized that trying to hide my disability from those I interact with on a regular basis was not in my best interest nor theirs. Education and honesty are better than ignorance, fear and costly cover-ups.

My son was the first person I sat down with; I didn’t realize that he was actually carrying around an incredible amount of fear and concern for me. Looking back, trying to protect him by keeping my epilepsy hidden was not the best way to handle it. Children understand more than we give them credit for. He is seven years old now and has a very matter-of-fact understanding of what epilepsy is. In the past he just thought of Mommy as being sick all of the time and never really understood why. Now he knows what I have, how to handle it and what to do in case of an emergency. It is a big responsibility for a child his age, but it is better for him to be educated than to live in fear. He made note of the fact that we live right next to a hospital the day we moved into our home!

Next were my colleagues. It was perhaps most difficult for me to tell the immediate team I work with. How could that steely person I am assumed to be—smart, successful, driven, depended upon by them—suddenly reveal a condition that could potentially frighten them away and in my eyes ruin their professional opinion of me? I was pleasantly surprised. They were curious and concerned. What happens to me? What should they do? How could they help me if I needed it? They did not want to be ignorant. Today there are fantastic resources available to educate those who want to know more without overwhelming them, and using these gave my coworkers enough information to feel comfortable around me. As a professional I am not treated any differently than I was before I told them about my epilepsy.

Now, as I go through the final stages of brain surgery preparation, I am hopeful and fearful all at once. The hospital stay from the stage one testing has left me with war wounds across my forehead—ten to be exact—from the electrodes. I lost half my hair, although you would never know it to look at me. Still, I know and those who know me well can tell. I was recently asked by a lady I met a party if I had gone though a windshield. I smiled back and surprised myself by saying, “No, these are from electrodes. I have epilepsy and these scars are from a test I just had in the hospital.” Obviously embarrassed, she apologized. I replied, “It’s okay; you didn’t know,” before smiling again and walking away.

Epilepsy is a hidden disorder, an invisible disability, making me a woman of unseen steel and lace. There are members of my own family who don’t understand what epilepsy is and how it affects a person’s life. A lack of understanding of the brain itself lends to the lack of understanding within society. Invisible or not, it is a very real disorder for those like me who experience it in its many guises.

Editor’s note: since writing this article Angelina D’Arcy has been removed from consideration as a surgical candidate. In the end, her neurologists could not agree about the cause of the abnormality on her MRI scan, nor about the likelihood that removing the area with surgery would affect her seizures. In addition to her simple partial seizures, she has had an ER visit for another major generalized seizure. She continues multi-drug therapy with existing medications until something new becomes available.