An actor with disabilities is born to a disability rights activist. It seems like a far-fetched Hollywood script, but, in reality, it’s 100% true. Meet the Gottsagen—Zack whose breakout role in Peanut Butter Falcon has put him on the map and his mother, Shelley, whose activism for disability rights predates her son. ABILITY Magazine was able to chat with Zack and Shelley in between events in an increasingly busy schedule.

Zack is the lead actor in Peanut Butter Falcon, along with Dakota Johnson and Shia LaBeoufa. The role was written specifically for him. In it, he plays Zak, a young man who lives in a nursing home because his family isn’t in the picture, and the state has determined he can’t live on his own. In his quest to meet his hero, an all-star wrestler, he escapes and takes off into the night. Zack is a man with Down syndrome. The film is authentic to things in his life experience, something we don’t see in media often enough. Throughout the conversation, we learned about Zack, but we also learned about his activist mom. Shelley said when doctors told her to leave Zack at an institution because he’d be a vegetable, she told them, “It’s a good thing I’m a vegetarian. I’ll take my vegetable to go.”

Rohe: I saw the movie, Peanut Butter Falcon. It was great.

Rohe: I hear that you have been an actor for a long time. Can you tell me a little bit about that?

Zack Gottsagen: Yeah. For me, I was in school before I was in movies. I went to a Palm Beach High School. Dreyfoos School for Arts and, of course, Middle School of the Arts.

Shelley Gottsagen: Zack was the first student with Down syndrome to be fully included in the Palm Beach County school district. We spent most of his childhood in court. (laughs)

Shelley Gottsagen: They won’t. They know better. He’s come out very strongly in local newspapers and said that this was despite the school system, not because of it.

Shelley Gottsagen: And he talks about how he was mistreated. They would not even answer any questions or try to take claim for his success. They know better. (laughs)

Shelley Gottsagen: Yeah, they were pretty wicked. There were some good people along the way, but it was a system that had to be fought.

Rohe: And it’s still happening now, but back in the day, it was a national issue. Even with IDEA, they’re still trying to fight it.

Rohe: Zack, how many movies have you done?

Rohe: Eight? Wow! What was different about this one?

Zack Gottsagen: This one was kind of like more of a business.

Zack Gottsagen: Because it was a feature it was more like a business.

Rohe: I see. What were the other ones like?

Shelley Gottsagen: I don’t know if it’s OK if I help out a little?

Shelley Gottsagen: He did many movies with a group called Mountain Farms. It’s a group that believes in inclusion and high-quality movies. They do short independent films, and they gather a group of people, half of them without disabilities, half of them with varying types of disabilities. And they actually write the movie together and they perform it together. They are independent films. There was one movie that was a behind the scenes, and that movie won multiple awards. Zack was the keynote speaker at the 25th anniversary of the Americans with Disabilities Act at the Smithsonian, and they showed that movie. He was able to talk about that whole process. They followed three of the actors with disabilities into their real lives, and Zack was one of the actors they followed. They came, and he lived in his own apartment. At the time, he was working, so they interviewed his employer and the things that were important in his life. They followed him, and that one was shown all over the world.

Rohe: How long was your speech, Zack?

Zack Gottsagen: How long was it?

Shelley Gottsagen: Oh, he talked for about 15 minutes or so. And there were advocates from all over the world attending.

Rohe: What was the most fun thing you did at the Smithsonian?

Shelley Gottsagen: They had a lunch counter where the well-known protests took place for the civil rights movement. They were celebrating all types of civil rights, but particularly the part that Zack was involved in was the civil rights of people with disabilities.

Rohe: And that was the 25th anniversary of the ADA?

Shelley Gottsagen: He was the keynote speaker.

Rohe: So you were asked to be the keynote, which is really great. Have you done other talks around the country on different anniversaries like the ADA or December 3rd, which is the International Day of Disabilities?

Zack Gottsagen: Yes, I have.

Shelley Gottsagen: Zack is doing a lot of things at the Center for Independent Living. It was more local things, not really national.

Shelley Gottsagen: Yeah. He was speaking in Palm Beach County. Zack does a lot of advocacy. He’s met with different legislators on different issues, issues around the enforcement of the ADA and also the lack thereof, of enforcement, is what the issues were.

Rohe: When you were in Washington DC, were you able to meet with legislators like Senator Harkin, who drafted the ADA?

Zack Gottsagen: Yes, I did.

Rohe: You did get to meet with him? I think he was just retiring right around that time, which is great if you met him.

Shelley Gottsagen: Yes. There was a big march. We were able to go to the march, and he was there.

Rohe: Can you give a background of how you got involved in the Peanut Butter Falcon, how that came about?

Zack Gottsagen: Tyler and Mike, I met at camp, at Zeno’s camp.

Shelley Gottsagen: Through that group, Zeno Mountain Farms, Tyler, who is one of the writers in movie, was an actor in a movie that Zack was in called Bulletproof Jackson, and Mike did some camera work or editing. They got to know Zack over a period of three years and they formed a friendship. Zack told them that he wanted to be the star of a feature movie, and they told him, basically, Hollywood isn’t exactly looking for actors with disabilities. And so he told them, I guess that means you guys need to write and direct, and I’ll have to act in it.

Rohe: (laughs) How long did it take for all of this to come together?

Rohe: That’s a good amount of time. Did you give them some ideas? Did you have any ideas about the film?

Zack Gottsagen: For the film, yeah.

Rohe: Can you tell me one thing you thought of?

Shelley Gottsagen: He came up with the name of the film.

Shelley Gottsagen: Some of the dialogue in the film was improv that Zack did, like Rule number one: party. That was not in the script. He did that. (laughter) Also, Zack did all his own stunts in the movie. ...
Login to read the full article. SIGN UP HERE FOR YOUR FREE MEMBERSHIP
If you are already a member, welcome back! LOGIN HERE

“Feature image courtesy of a Global Down Syndrome Foundation . Zack received Global’s Quincy Jones Exceptional Advocacy Award at their 2018 Be Beautiful Be Yourself Fashion Show, the largest fundraiser for Down syndrome in the world,” bebeautifulbeyourself.org/zack-gottsagen 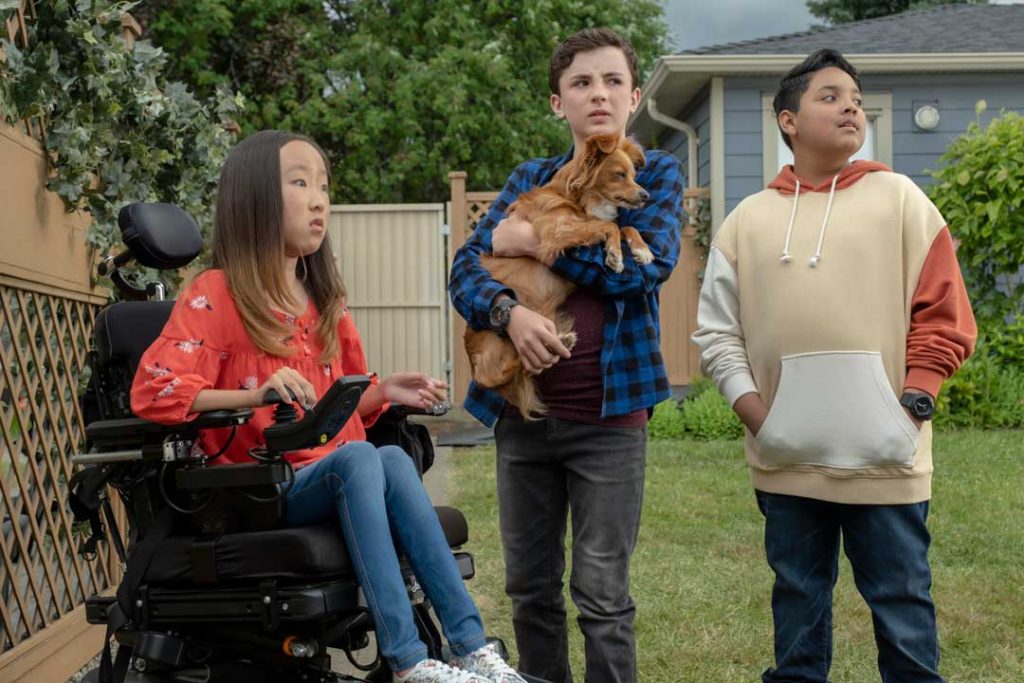 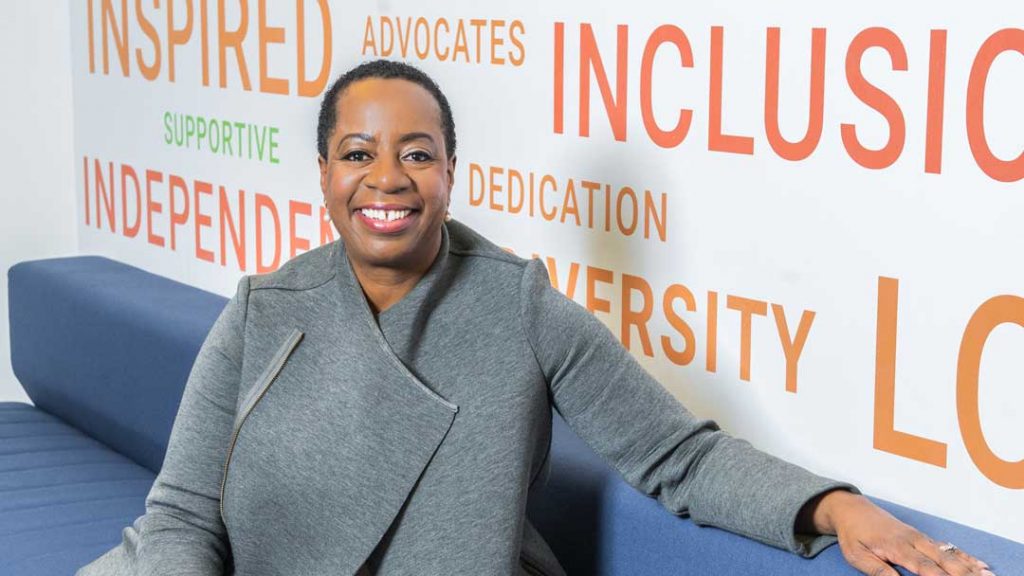 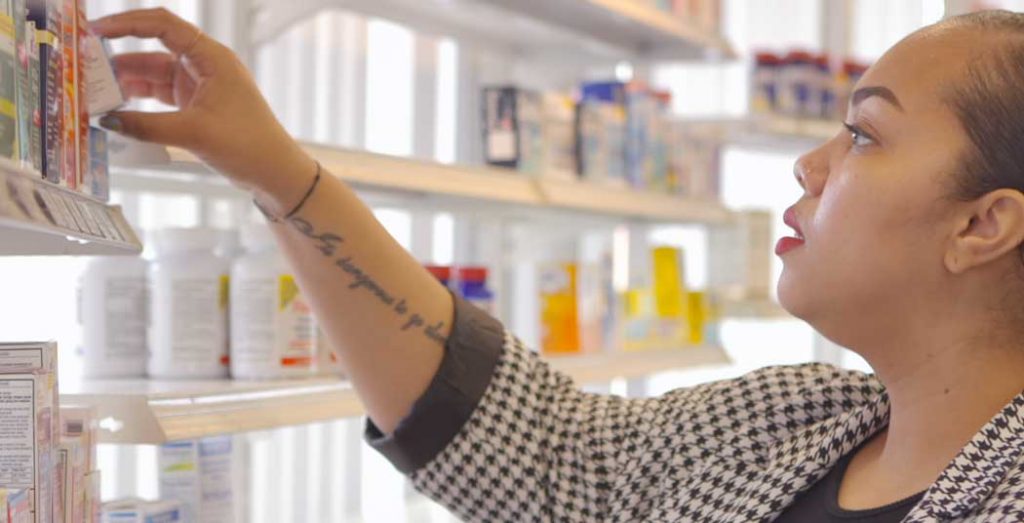