Happy New Year everyone! I’m finally back home after a very busy end to 2015. At the beginning of November, I flew to Florida and stayed at my mom and dad’s for two months. It was nice to be back in Florida riding, training, and teaching Motocross.

One weekend, Mom and I went up to Louisiana, where I held an AFMX clinic at Dirt Slinger’s MX track. I’ve taught a couple of classes there in the past, and once participated in a charity event. The track owner, Josh, is a great guy and I really enjoy going there. Mom helped interpret for me, and I had a great group of students!

One girl, Savannah, cracked me up. She was so outgoing and funny. She and her stepdad, Charlie Brown—yep that was his name—were so friendly, and by the end of the session she was really catching on, and her riding skills improved a lot.
I also did a couple of one-off classes in Florida with a few girls. It’s fun to come home and have the chance to work with some of the same people. It’s great to watch them gro 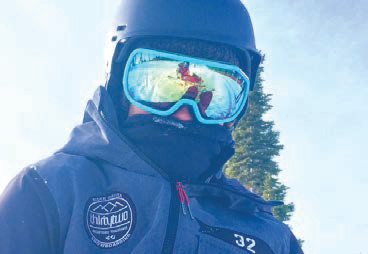 wing and build on their skills. I know some of them well enough to dare them to do jumps or try different stunts, and I tell them that I’ll post a video of their accomplishments, which gives them an incentive to aim higher!

After spending Thanksgiving and Christmas with my family, I flew to Denver to meet up with my friend Lindsey to do some snowboarding. Colorado is beautiful this time of year. I’d only been there to race motocross during summertime, and had never had a chance to see the snow! Wow, there is a lot of it, and it’s breathtaking!

We went to two different mountains: Keystone and Breckenridge. In the past, the only place I’d gone to shred was Big Bear in California.

As soon as I got home, it was time to pack up again, as some of my friends and I prepared to head up to Mammoth, hang out at a cabin, and get in some good snowboarding! Thank you, El Niño for bringing the powder; the snow this year is on track to be fantastic!