A tisket, a tasket, a broken clutch basket 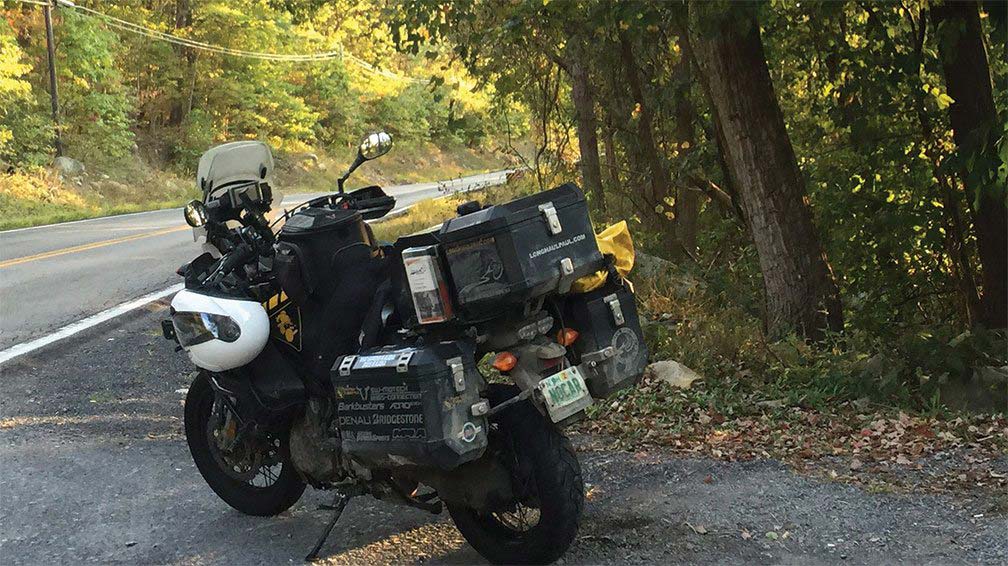 The Yamaha Super Ténéré motorcycle has a reputation for being bulletproof, which is why I chose to ride one on my quest to document a million miles for multiple sclerosis (MS). My responsibility to its engineers is to wear out the motorcycle and find its breaking point. My reputation of pushing gear and accessories way beyond their normal capacity or life expectancy is a task I take seriously, and I’m pretty damn good at it! The mere mention of my name will usually void most factory warranties. What the industry calls neglect and owner abuse, a good friend of mine simply calls “Pelland miles.”

One of the few isolated issues reported about the Super Ténéré was with its timing chain tensioner—a small spring-loaded piston that puts pressure on the chain that connects the crankshaft to the camshafts. The chain ensures the valves open at the precise time the pistons are in position. Engine speed, temperature and wear will all cause minor variations in the chain’s length, so the tensioner, as its name implies, applies steady pressure to the chain to take up the slack.

On a few Ténéré’s with high mileage, the tensioner failed and caused the engine to chatter loudly with a loose chain. At about 80,000 miles, my timing chain started to make quite a bit of noise, but I ignored it. Nearly 25,000 miles later, while heading to West Virginia after sharing my MS journey with a large group of people living with MS in Florida, the noise suddenly became noticeably louder. I realized I might have waited too long to do something about my timing chain. Nonetheless, I continued on.

I was on my way to speak at a weekend motorcycle rally organized by ADV Motorcycle Magazine. ADV stands for adventure riding, and if riding a million miles for MS is not an adventure, I don’t know what is!

About 50 miles from the rally, the bike started making a loud grinding noise; a sound you’d typically hear right before catastrophic engine failure. I was pretty sure the chain had loosened enough to skip a few teeth and the valves were clanking against the top of the pistons. If I were to toss all the nuts and bolts I ever misplaced while working on motorcycles for the past 30 years into a running engine, well, that would be the exact sound I was hearing. I slowed down and checked the GPS. It was a mere 20 miles to the rally. I figured I had already destroyed my motor, so I continued on cautiously, massaging my faithful machine closer to the event, while preparing for the rear wheel to lock up at any moment. I shouldn’t have been surprised when I heard the explosion. Assuming the motor had disintegrated, I pulled in the clutch to prevent further damage to my undershorts. With 105,245 miles on the odometer, I had my first breakdown, and probably my last, for 100k miles on a motorcycle equals about half a million on a car.

As I coasted to a side road, I vowed to take better care of my next bike. Maybe even wash it once in a while. I called the rally organizers and reached owner Erik Stephens of Twisted Throttle, who was willing to fetch me with a trailer. He refused my cash offer for his help, and I was left to pay him in the form of distilled beverages. Finding a liquor store was high on my list at this point as well!

Erik was attending the rally to display a couple of adventure bikes with accessories that they sell. On the ride to the campground, I explained I had another MS patient presentation at noon on Monday in Virginia Beach, and another one in central Massachusetts on Tuesday evening. I talked about getting a rental car or maybe a truck to transport my bike home.

Without hesitation, my rescuer not only offered me the opportunity to use one of their show bikes to continue on to my next speaking commitment, but to also trailer my bike back to their headquarters in Rhode Island. I accepted his incredible offer and as we arrived at the rally, I was able to exhale a sigh of relief and inhale some local hops. I am humbly amazed at the help and support I continue to receive along my journey, from companies, friends and even complete strangers. Twisted Throttle has supported me since day one with thousands of dollars in safety and comfort accessories for my bike.

I was scheduled to give my presentation of “Also Ran” on Saturday afternoon. The presentation is based on my 2001 adventure riding an antiquated Russian motorcycle in the World’s Toughest Motorcycle Competition. I shared how that experience prepared me for life’s other challenges, like living with MS. My audience was somewhat lightly attended, because most of the riders were out enjoying the local trails and roads. But it was probably a good thing; the afternoon heat was more than I had anticipated, and it began to unmask my MS symptoms. I was a bit confused, had trouble setting up my presentation and had some periods during my talk where I lost my place or train of thought. I felt overwhelmed with fatigue and because of the heat, my right leg started to twitch and drag. Damn you MS! ...
Login to read the full article. SIGN UP HERE FOR YOUR FREE MEMBERSHIP
If you are already a member, welcome back! LOGIN HERE