Originally from Warrington, England, Victoria Taylor lives in South West Wales with her husband, Robert, and their two children, Christopher and Adele-Caitlin. Robert and Victoria had been happily married for seven years when Robert was unexpectedly diagnosed with intracranial hypertension (IH), a neurological disorder in which the pressure of cerebrospinal fluid within the skull is too high. The disease forced Robert to end his successful teaching career.

Because Adele-Caitlin was only two years old at the time of her father’s diagnosis, she had little memory of how Robert had been prior to his illness. It wasn’t until she had started school that Adele-Caitlin began to realize her dad wasn’t like other dads.

Adele-Caitlin felt confused, sad, angry and isolated. Why did her dad have to be ill? Her friends were too young to understand what her life was like, let alone to empathize with how she felt. Adele-Caitlin felt as if no one understood her.

Concerned for her daughter, Victoria looked for books that might help Adele-Caitlin cope with the family’s circumstances, but her efforts proved fruitless. At AdeleCaitlin’s urging, Victoria decided she herself would write a book for her daughter. Caitlin’s Wish was born.

With the development of Caitlin’s Wish, Victoria set out to create a story that would aid children who are too young to access support networks for young carers of people with IH. She hopes that her work will prompt children to draw strength from positive elements in their lives, instead of dwelling on the negative.

What follows are excerpts from Caitlin’s Wish.

Our story begins in a small village in the Welsh countryside. It was a friendly place where everyone knew each other. It was a very old village made up of stone cottages with big, oak beams inside. Most of the cottages still had wood-burning stoves and roaring coal fires which kept you snug and warm on a cold winter’s night.

Behind the cottages there was a large meadow which led onto the mountainside. The meadow was covered in beautiful wildflowers which were all of the colours of the rainbow. All the children loved to run and play in the meadow.

One such child was a little girl called Caitlin. She was small for her age, with pretty, hazel-green eyes and beautiful brown hair which fell across her face so she could hide behind it if she wanted to.

Caitlin had a wicked sense of humour and was always making people laugh. She could make even the grumpiest person smile.

Caitlin’s big brother was called Chris. He had bright blue eyes and short blond hair which spiked on top of his head (“Like a hedgehog,” Caitlin said). Caitlin and Chris were the best of friends, as well as being brother and sister.

Caitlin also had a special friend called Rufus, but Rufus wasn’t a little boy. Oh, no, Rufus was actually a cheeky little robin. Caitlin had fed him every single day since he was very small. Over time, Rufus had learned to trust Caitlin and he became her friend. Every day he would sit on the windowsill and listen while Caitlin told him all her news.

He never answered back, though. After all, robins can’t talk, can they?

Chris and Caitlin’s mum was a childminder during the week, so their house was always filled with fun and laughter. It was a great place to be! Chris and Caitlin always had lots of fun playing games with the other children, and they loved it! They were never bored or lonely.

Chris and Caitlin’s dad worked away from home during the week, but once the weekend arrived he spent all his time with them. If the weather was nice, they would go on camping trips in the mountains. They spent their days lazing by the river catching fish, or cycling through the countryside. Sometimes Dad would take them boating on the lake, or even canoeing. It was so much fun!

If the family didn’t go away for the weekend, Dad would take Caitlin and Chris on long walks in the forests and woodlands near their home. Dad loved teaching the children all about the animals and birds. One such time springs to mind.

Dad had just finished helping the children with their homework, and it was a beautiful day outside. The April sunshine was streaming through the kitchen window as they all closed their books and got up from the table.

Mum was baking in the kitchen. She turned and smiled. “Go on then,” she said. “Off you go. It’ll be a while before I’m finished here.”

“Right, then,” said Dad to the children. “Put your boots on.”

“Where are we going?” they asked.

The children quickly put on their coats and boots and were out of the door in a flash. They linked arms with their father and chattered merrily as they walked along the old cart road into the forestry.

“Okay, let’s play a game,” said Dad. “Who can find clues to guess which animals live in the forest?”

“I can! Look over there!” Caitlin said, jumping up and down, excited. “I can see rabbit holes! That means rabbits live here!”

“You’re right!” said Dad. “Well, aren’t you clever? Look over there, Chris. Can you see them?”

As Dad and the children walked farther along the path, Chris suddenly covered his nose and pulled a face, saying, “Urghh. What’s that smell?”

Dad burst out laughing. “That’s a fox smell,” he said. “They mark their territory with their scent.”

“That’s nature,” said Dad, still laughing. “Let’s go and have a look what we can see in the stream, shall we?”

They turned off the cart road and started to walk across the meadow. “Ah, I never get tired of this view,” Dad said as he looked at the mountains in the distance.

The April sunshine felt warm as Dad and the children walked along. The only sounds they could hear were of birds singing in the trees. Nature was finally waking up again after the long winter, and the meadow was covered in beautiful spring flowers gently swaying in the breeze.

A stream ran alongside the edge of the meadow. As the family got closer to it, they could see dragonflies skating across the top of the water.”Look!” said Dad. “They look like fairies dancing.”

“Don’t be silly, Daddy,” said Caitlin with her hands on her hips. “They are dragonflies. Fairies don’t exist!”

“Shh!” said Dad, quickly. “Fairies are real, and they can hear you! You’ll upset them if you’re not careful!” Caitlin looked down at the floor, not wanting to argue with her dad, but still not believing him. “Come on,” Dad said. “We’ll sit on the riverbank over there. Now sit still and be very quiet.”

They didn’t have to wait long before they saw brown speckled fish swimming in the stream. “Wow!” Caitlin exclaimed. She heard a popping sound coming from the water. She looked around to see what it was.

What she found looked like a baby lizard. “What is that?” she asked her dad.

“That’s a newt,” he said. “The popping sound you heard was it coming up out of the water to breathe.”

It started slowly, with Dad being ill when he came home on the weekends. Everyone just thought that he’d been working too hard.

Dad didn’t have the energy to do any activities with Chris and Caitlin anymore. He spent most of his time asleep in bed. It was getting worse every time he came home.

Dad wouldn’t go to the doctor though, because he was convinced there was nothing to worry about. He just thought he had been working too hard.

It was only when he took some time off work that Dad realised how ill he was. He began to look very poor and was rushed into hospital. Chris and Caitlin were terrified he might die, and for a while the doctors didn’t know what was wrong with him. Eventually they worked out that Dad had an illness that caused horrible symptoms. Life would never be the same again.

Dad was too ill to work anymore and he was in a lot of pain. Caitlin and Chris felt so lost. Their lives were changing before their eyes and there was nothing they could do to stop it.

Mum had to give up her job to look after Dad and everything in Chris and Caitlin’s lives changed. The children became inseparable, each leaning on the other for support. They both thought no one else could possibly understand how they felt.

Mum spent a lot of time talking things through with the children. She explained that Dad was always in pain, but that he had good days and bad days. On a good day Dad would not be in as much pain. So on those days they would enjoy time together as a family. However on the bad days, Dad would hardly get out of bed, and life would be very difficult. Mum explained that Dad wouldn’t die from this illness, but that he would be ill from now on.

Each of the children coped differently. Chris found it easier to adjust than did Caitlin. He was a quiet child who enjoyed studying.

Caitlin was a bubbly personality who would sing at the top of her voice all day long. Because Dad needed rest, Caitlin could still be noisy outside, but she couldn’t be noisy inside the cottage anymore. This was really strange. With Mum being a childminder the cottage had always been noisy—very noisy—with lots of children running around.

Now, it had to be quiet.

IT WAS TOO QUIET!

She wanted life to go back to the way it was before. Deep down, though, she knew that was impossible. It was like being in a nightmare she couldn’t wake up from.

On the good days, Dad would spend time with the children. They both treasured those moments dearly. On the bad days, though, Dad would sleep nearly all day. The children had to be quiet so as not to disturb him, which made life miserable.

Occasionally Caitlin’s mum would get upset because their lives had changed so much. Caitlin would give her mum a cuddle and wipe away her tears. It made her sad to see her mum cry.

Of course Caitlin didn’t tell anyone how sad she felt, apart from Rufus. She poured her heart out to him. She trusted him. What could he do though? He was just a little robin. He couldn’t change things for her. Could he? Caitlin’s smile was definitely lost. She couldn’t think of anything she had to smile about. She had never felt so sad and alone.

However, Caitlin didn’t know that by talking to Rufus she was actually asking for help. She could never have dreamed what was about to happen next.

A percentage of profits from each

Caitlin’s Wish sold will be donated to: 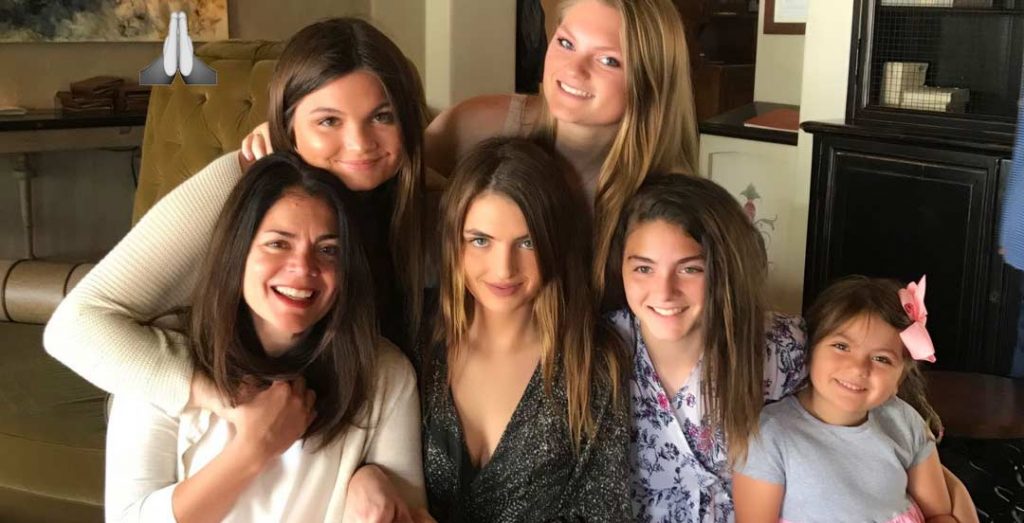 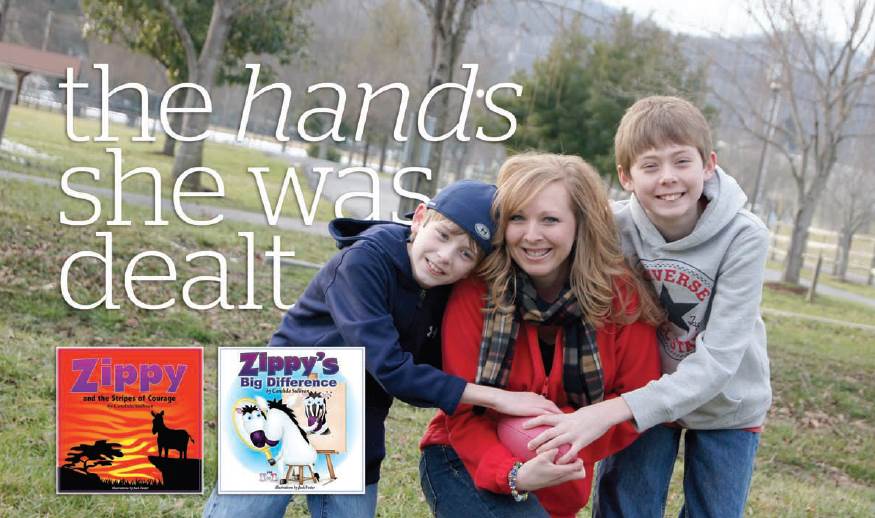 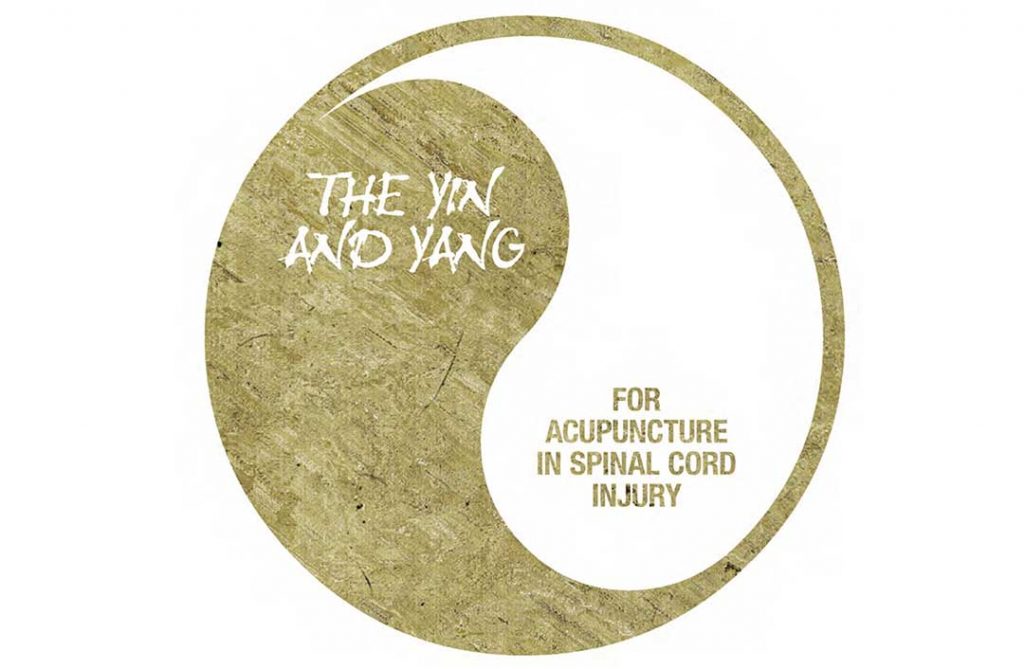