gough — The Vision Behind Beernuts 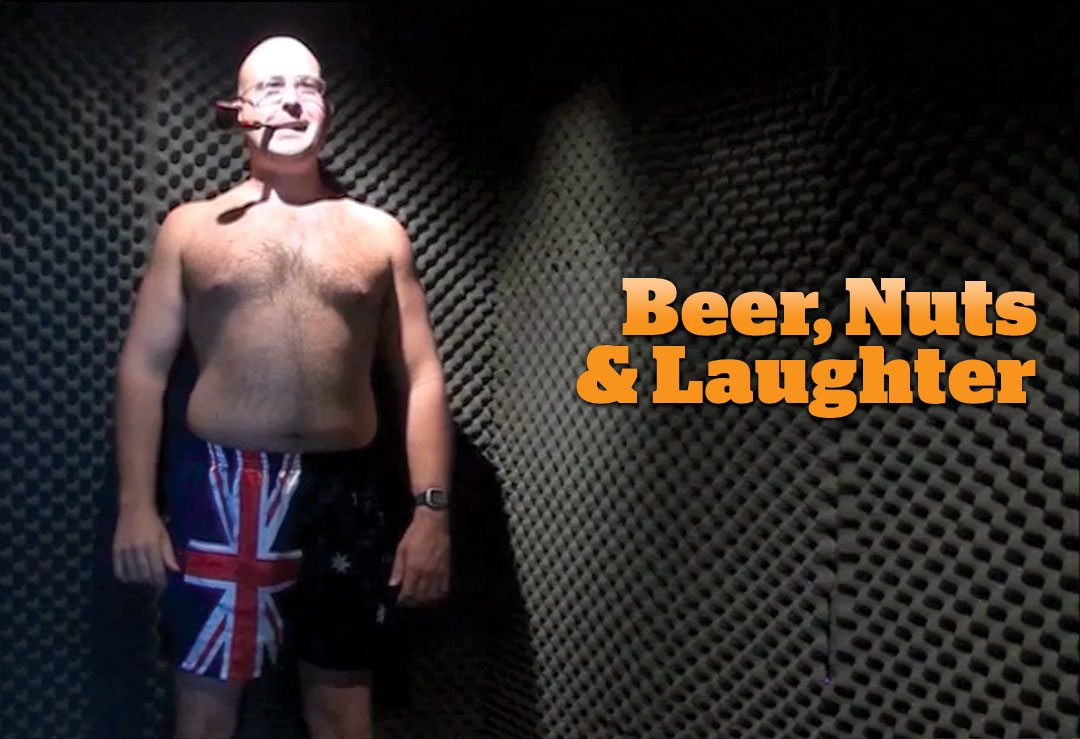 Most filmmakers rely on their ability to see in order to make films. But Australian filmmaker and author gough’s vision doesn’t rely on sight. Instead gough (pronounced “goff”), who is legally blind, writes, directs, edits and produces all of his films with the help of a well-curated crew. His eleven-year-old company, Beernuts Productions, makes pointed documentaries and entertaining short films, including an upcoming mockumentary on the environment. Irony and wit are all part of his gestalt, for he’s a natural-born storyteller who cut his teeth in radio and on the stand-up comedy circuit before devoting himself full-time to filmmaking. He relishes slippery subjects—pornography, disability, mental illness, to name a few. ABILITY’s Lia Martirosyan chatted with gough about his creative process and his passion for showing the world that a disability needn’t be a hindrance to doing what you love.

Lia: Where does gough originate?

gough: It’s a nickname I had when I was young. It was given to me because of a musical band in Australia. I was a little bit obsessed with them when I was young, so I got the nickname “gough” from them, and I just started using it professionally because that’s what everybody called me. It’s a lot more interesting than my actual boring name, so I thought I’d go with “gough,” you know?

Lia: Sure. Whatever makes you happy.

Lia: Speaking of names, how did you come up with “Beernuts”?

gough: I think it sort of sums up our work well. I like to think that our films are fun and enjoyable, so beernuts—have a beer, eat some nuts, laugh, and have a good time watching our stuff.

Lia: Is beer big in Australia?

gough: Oh yes, yes, we drink a lot of it. Don’t worry about that.

Lia: Cheers. So you were born in Australia?

gough: Yeah, I was born in Sydney but was raised on the Gold Coast. The Gold Coast is a little mini-Florida. I’ve been to the US quite a bit, so I know it well. If you packed Florida into a little tiny area, that’s the Gold Coast, which is where I live. So it’s reasonably tropical, like today, in the high 90s, as we’re right in the middle of summer so it’s very hot at the moment.

gough: It does get hot out here. We’ve just been through a really big heat wave. Lots of bush fires out west.

Lia: Is most of your time spent on productions at Beernuts?

gough: Absolutely. Beernuts is my production company, which I started back in 2006. I write, direct, edit and produce the films. This is my full-time job; it’s what I love to do. It’s Beernuts Productions all the way with me. Onward and upward. ...
Login to read the full article. SIGN UP HERE FOR YOUR FREE MEMBERSHIP
If you are already a member, welcome back! LOGIN HERE