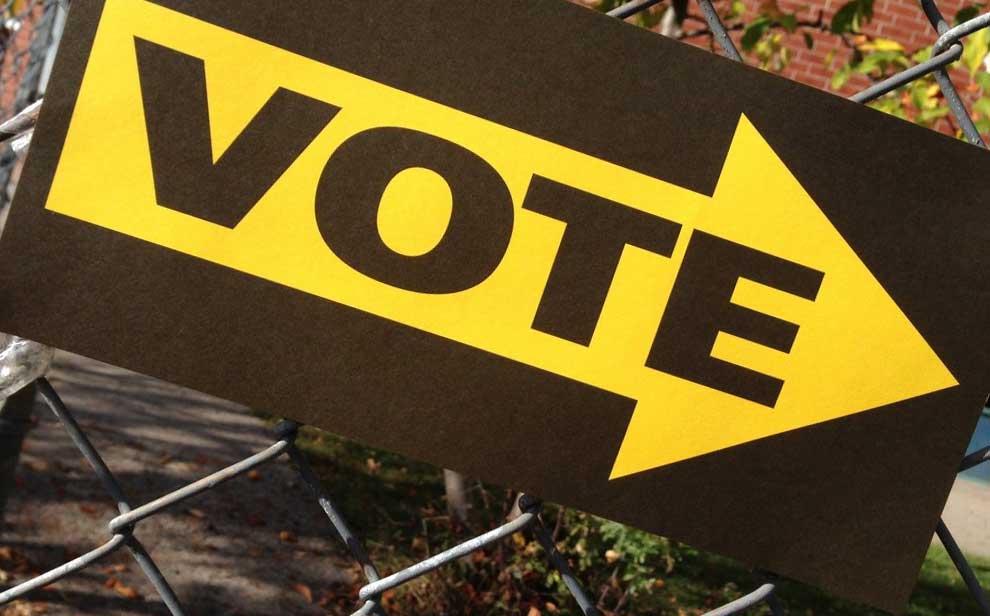 But some officials in Kansas see the ADA as offering a different sort of opportunity… the opportunity to disenfranchise voters, seemingly in the hopes of giving their political party more power.

That, sadly, is what seems to be happening in Kansas, where thousands of residents of Dodge City will now struggle to vote come election day, all thanks to what appears to be a coordinated effort to strip voting rights away from American citizens. And at the heart of these efforts lies the ADA, a bill that is meant to protect many of the very voters in Dodge City who will lose access to voting because of it.

Dodge City. It’s a town famed for its role in shaping the American west and plays an integral role in much of Wild West folklore. It once served as a home for legendary gunslingers like Wyatt Earp and Doc Holliday. That’s what most Americans think of when they think of Dodge City.

But today, a different type of shootout is happening on the mean streets of Dodge. A legal battle. A war to ensure that the constitutional rights of the town’s voters are upheld on November 6th when they head out to cast their ballots.

In 2002, local officials claimed that the Americans with Disabilities Act, which became law in 1990, was suddenly imposing strict accessibility requirements on their polling places, leading to all but one of the town’s polling stations to shut down. That solitary remaining polling place, a civic center located in an affluent part of town, was the sole survivor of alleged accessibility issues that mysteriously arose twelve years after the ADA was signed into law.

Today, sixteen years after Dodge City was reduced to only one polling station, that station is now being moved again. It’s new home? an expo center well outside of the city’s limits… and more than a mile away from the nearest bus stop.

Dodge City’s residents will now need to make an arduous trek to cast their votes on election day. And voters with mobility-related disabilities might be prohibited from voting entirely. And all because local election officials claim they can’t find another location in Dodge City to use as a polling place, despite most buildings in America, including schools, churches, and government buildings, being ADA compliant in 2018.

Is This an ADA Compliance Issue? Or is it Actually a Voter Suppression Issue?

Some might see the issues taking place in Dodge City as incompetence, but is it malfeasance? It’s certainly looking that way, and the American Civil Liberties Union (ACLU) is finally stepping in to do something about it.

Voter suppression — the act of making it difficult or even impossible for a particular swath of voters to reach the polls, all for the betterment of your party — is alarmingly common in the United States. It typically benefits Republicans, though Democrats are no strangers to voter disenfranchisement techniques either.

Voter suppression comes in a wide variety of forms, but there are some common practices to watch for. Moving or even closing polling stations is a popular one. So too is the deployment of misinformation campaigns; giving voters the wrong times, dates, or locations for voting. Many also argue that voter ID laws are a form of suppression, as millions of American citizens lack photo identification, and voter ID laws primarily exist to combat the non-existent “problem” of illegal aliens voting in elections, which simply does not happen in the United States.

One of those tactics — closing and moving polling stations — is already happening in Dodge City. But so too is the practice of misinforming voters, which brings us to the involvement of the ACLU.

On Friday, the ACLU filed a lawsuit against Ford County Clerk Debbie Cox after Cox’s office sent out a mailer to voters providing them with the wrong address for their one polling station. The ACLU is hoping to secure an emergency temporary restraining order that would force local officials to open an additional polling place in Dodge City, with a recommendation of the old polling station at the civic center in town.

Hispanic Americans with full US citizenship make up 60 percent of the town’s population. Their rights are the hardest hit by these efforts. And as such, the ACLU is filing two legal claims against Cox and her office; the first being a 14th amendment argument ensuring fair access to elections, and the second being an alleged Voting Rights Act violation, insisting voters are being denied access to the polls due to race.

Debbie Cox has stated that the civic center used in previous elections was unavailable due to nearby construction, hence moving the polling station out of town and into a wealthy, predominantly-white area close to a country club. But the ACLU points out that the same civic center has many events scheduled for the same week as the midterm elections on November 6th.

The ACLU further points out that there are several reasonable locations to use in town, all of which are ADA compliant. This includes any of Dodge City’s public schools, which local superintendent Dr. Fred Dierksen has already voluntarily offered to the town for use on election day.

Kansas Secretary of State Kris Kobach, who is a 2018 gubernatorial candidate in the state, has been campaigning on vows to prevent illegal immigrants from voting… something which, again, does not happen in the United States. As Secretary of State, Kobach is the chief official in charge of ensuring fair and nonpartisan elections.

Kobach, a staunch Republican, played a significant role in the passage and implementation of the Secure and Fair Elections Act (SAFE), a law that requires Kansas voters to show photo ID or other proof of citizenship prior to voting. The SAFE law is considered by many to be draconian, racially-motivated, and an obvious attempt at voter suppression, despite no substantial evidence, in Kansas or elsewhere in the United States, of widespread or coordinated efforts by undocumented immigrants to vote.

ACLU Kansas Executive Director Dr. Micah Kubic has called the situation in Dodge City “outrageous,” adding “We understand that there are people who believe voting is a privilege but we don’t. It is a right that must be fiercely protected. We can and must do better.”

Dr. Kubic is spot on: voting is certainly a right. A right that countless Americans have died for, whether serving in our military or protesting in our streets. The right to vote is perhaps the most important afforded to us by the Bill of Rights, in that that it grants us the ability to affect change that can impact every other element of that document. And all Americans need to be given every opportunity to let their voices be heard, too. Even voices you or I might disagree with. Anything less is quite frankly un-American.

There’s a lot on the line for voters in these upcoming midterms, and that’s true for people with disabilities as well. Disability advocates have grave concerns regarding the Trump administration’s legislative behavior; his knee-jerk efforts toward deregulation, his stripping billions of dollars from CHIP and attempts at destroying the Affordable Care Act, his nominating Supreme Court justices with questionable civil rights records… there is a lot for advocates to be concerned with, and the ADA itself might even be on the line.

So take a moment to let the gravity of the situation in Dodge City truly sink in, folks. We have Republican lawmakers using the ADA as an excuse to blockade thousands of voters from reaching the polls and exercising their right to vote. All in support of a party and, by extension, a president who seem to be on a collision course with stripping away some or potentially even all of the protections granted by the ADA.

It’s an infuriating situation. A situation we can only avoid if we all head to the polls on November 6th and cast our votes. If local officials in your area aren’t making every effort to disenfranchise you, that is.