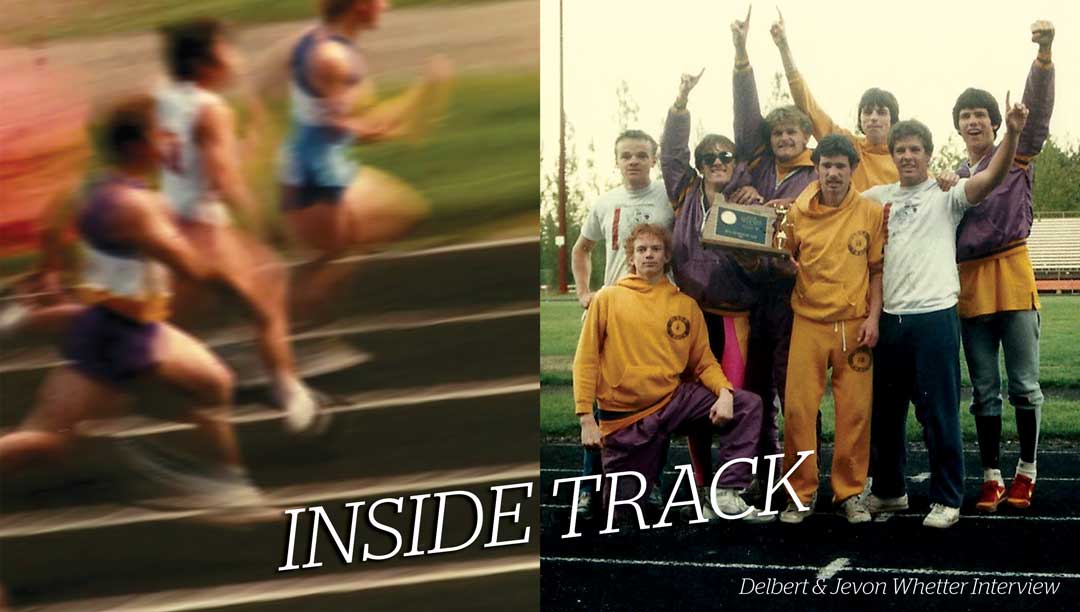 Inside Track, an upcoming film written and directed by American Film Institute’s (AFI) graduate Jevon Whetter, aims to inspire and unite deaf and hearing audiences around the true story of a coach and team of eight boys from the Oregon School for the Deaf, who overcome tremendous odds to win the 1986 Oregon State Track and Field Championship. Based on Whetter’s real life experience as an athlete on the winning team, the film explores the significant economic, and ableist, hurdles they had to defeat in order to surpass the world’s and their own expectations for themselves.

Exodus Film Group, a production company helmed by Jevon’s brother, Delbert Whetter, which produces family-friendly content that speaks to a diverse audience, will produce the film. Prior to Inside Track, Exodus Film Group produced the popular animated film Igor, as well as The Hero of Color City and Bunyan & Babe. With Inside Track they hope to break into the world of live action storytelling and present a compelling narrative that can unite audiences of all abilities and make them fall in love with these diversely-abled heroes.

Roxie Perkins: As a filmmaker what inspires you?

Jevon Whetter: As a deaf child of three generations of deafness in our family in Oregon, our maternal deaf grandmother told us stories about her childhood when she attended silent films at theatres in her hometown in Oregon. At the time, silent films had no sound, and they were completely accessible for hearing and deaf audiences. My deaf grandmother was able to enjoy watching films with her deaf classmates from the Oregon School for the Deaf. When the “talkies” came out with The Jazz Singer in 1927, the deaf audiences were suddenly excluded from the film experience at theatres. After the silent film era ended, the Deaf community was denied the opportunity to experience the “golden era” of film. Because of sound in films, the deaf community lived in the “dark ages” of film experience for several decades because there were no captions or subtitles for several decades. The irony of it all, there were deaf actors performing in silent films for many years during the early days of film, and a few of them appeared on the screen with Charlie Chaplin as well as many other notable silent film stars.

Why didn’t a lot of people know about stories like these? Unfortunately, the Deaf community didn’t have the opportunity to present stories from our culture to the mainstream public. To the non-disabled world, deafness may be another type of disability. This may be true, however, the Deaf community also has a language and culture when compared to ethnic groups. We have our stories from our culture, presented and framed in our unique deaf worldview.

To use a metaphor, a rainbow has a spectrum of all types of colors. One extreme end of the spectrum is the Deaf culture and American Sign Language (ASL). Very few stories have been told from this side of the spectrum. Most films seem to portray people who are deaf as helpless victims or people who need to be fixed, cured, or rescued. All of that was presented from a hearing person’s point of view. Unfortunately, most stories where people who are deaf have been misrepresented have been written by hearing filmmakers who have an objective point of view of deafness. It is often rare that we see people who are deaf in stories as heroes or shown in a position of power or influence on the screen.

For instance, when the studios wanted to purchase the rights to the film, Boyz n the Hood, John Singleton insisted he needed to be the one to direct the film because of his African-American roots [and hometown of South Central where the film takes place] to bring authenticity to the film. Just like John Singleton, I am also protective of my ASL and Deaf culture because I know that life, and I’ve lived it all my life. The only way for people to understand is for me to ensure the information is accurately communicated to the audience. As a filmmaker who is deaf and a leader, I feel it’s important that I represent my community accurately.

Back in 2009 I had the opportunity to present my Producer’s Portfolio, along with my screenplay, at the AFI Conservatory right before my graduation. After completing my Producer’s Portfolio review, a review committee member admitted to me that nobody, not even a non-deaf person, could tell the story the way I did. It was largely due to my life experience as a person who is deaf since birth. The review committee agreed I’d shown them that my story is presented from a unique perspective that will resonate with audiences in a way none others can, because it represents an authentic vision of a filmmaker who is deaf that has experienced the rich lives being portrayed on screen.

Roxie: What drew you to film as the medium you wanted to tell stories in? ...
Login to read the full article. SIGN UP HERE FOR YOUR FREE MEMBERSHIP
If you are already a member, welcome back! LOGIN HERE