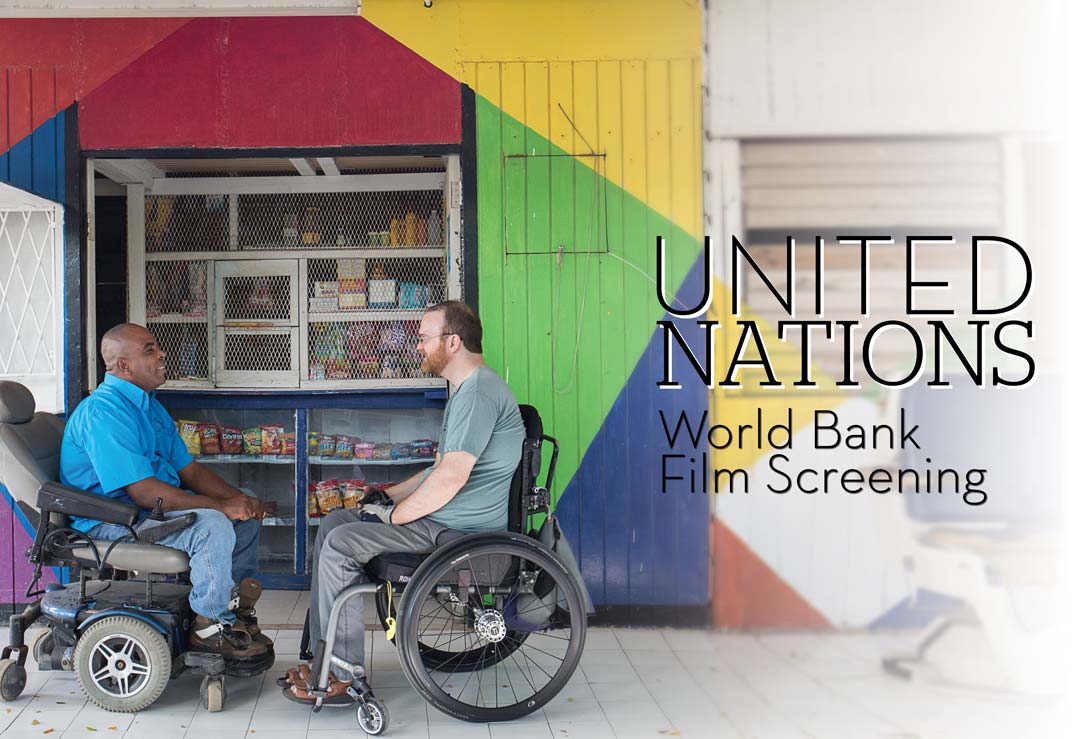 At the United Nations’ Convention on the Rights of Persons with Disabilities in June, ABILITY Magazine, ABILITY Corps and the World Bank co-hosted a panel and two film screenings. The attendees were shown two short films, A Different Approach, about the advantages of hiring people with disabilities, and a film by panelist James Sullivan called This is What Happens When You Send a Disabled Filmmaker to Jamaica, based on his recent trip to Jamaica to discover how people with disabilities in the poorest countries manage life, work and play.

After the panel, Lia Martirosyan interviewed on Facebook Live with Sullivan, an animator and filmmaker for the World Bank. Also had a chat with Charlotte McClain-Nhlapo, a human and children’s rights lawyer, USAID’s Coordinator for Disability and Inclusive Development (appointed by President Obama), and Disability Advisor at the World Bank. Below are excerpts from their conversations.

Lia Martirosyan: How does the World Bank approach disability?

Charlotte McClain-Nhlapo: I think for us at the World Bank, the importance of disability inclusion comes by way of reaching our two goals. One goal is to reduce extreme poverty, and the second goal is to boost shared prosperity. And in order to do that, we need to make sure that we leave no one behind and that we include persons with disabilities.

We have a range of sectors at the Bank. We work on a whole host of issues: education, health, nutrition, mining, energy, transport, and social development. I think in all of those issues there are potential entry points for disability inclusion. And what’s important right now in the time and space that we’re in at the Bank is not so much about convincing colleagues about including persons with disabilities. It’s more about giving colleagues information, good practices, and knowledge on how to do this. And so the how-to piece is really important.

Martirosyan: How did the film idea come about?

McClain-Nhlapo: About a year ago I remember James and Louise came to my office and said, “We have this idea. We would like to have James go out to one of the Bank’s clients and to use that as an opportunity to get some visibility about the lived experience of a person with a disability.” I was really excited that I could come back to the World Bank from USAID, and I was pleased to see that we were thinking about how we can find different avenues within an institution like the World Bank to give visibility to the issue of disability.

I’m really excited by James’s video. I hope that we can continue to have these types of collaborations. James continues to use different forms of storytelling in media to influence the way people think about disability. And I was thrilled the other day when they both contacted me and to say that not only had the film been completed, but unbeknownst to me, it got a slot at the Conference of State Parties to the CRPD. That was pretty impressive!

Martirosyan: James, did you enjoy yourself on the UN panel?

James Sullivan: It was amazing! This is my first time ever being on a UN panel, so I was a little intimidated by it, but when things got rolling and we started getting questions, it became fascinating, really interesting.

Martirosyan: What got you into this realm of film?

Sullivan: I was injured 16 years ago in a snowboarding accident, was still in college then, so I hadn’t really decided on a job or anything. While I was growing up, my dad was a documentary filmmaker, so I had always known about editing as a career. And at that time, things were changing, where you could get access to an editing system. After I got injured, I instantaneously knew that I could sit in front of a computer and learn how to put pictures together. Both of my parents did a very good job of educating me in film. I’ve seen really random, obscure black-and-white films that today’s generation should go and see. I’ve always enjoyed sound and picture. While growing up I always watched animation and cartoons on weekends. And so the fact that I have a job that does that is amazing.

Martirosyan: So you weren’t working at the World Bank prior to your accident, or were you?

Sullivan: No. I got out of school. I went back and learned how to drive, did some extra therapy, but then I did an internship locally at a post-production house, and that’s where I sort of learned how to edit. I was thrown into an editing room on the first day with a bunch of tapes. “Here, digitize these,” someone told me. And so from there I was able to get a job at a production company. And then through sort of the local network in DC, I was able to get a job at the Bank.

Martirosyan: Nice! And what was your experience during the hiring process?

Sullivan: It didn’t even come up. I was actually talking about it with my boss on the way down here. In all of the recommendations that she received, not once did they mention that I was in a chair. So she came down from the elevator and was like, “Oh! You’re in a chair!” And to me, that blows my mind.

Martirosyan: That’s how it should be—skills and being a good person will get you where you want to be.

Sullivan: Exactly. It’s really up to you. I mean, it’s asking yourself what do you want to do and what do you have to work with? And then do it.

Martirosyan: That makes sense. Will you be back at the Convention on the Rights of People with Disabilities next year?

Sullivan: That would be awesome.

Martirosyan: Absolutely. Anything else you want to say to our readers?

Sullivan: Thank you for a wonderful publication that is spreading the word and showing what is possible. 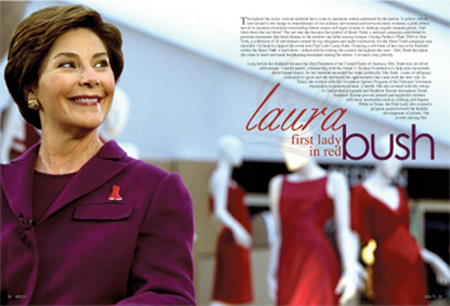